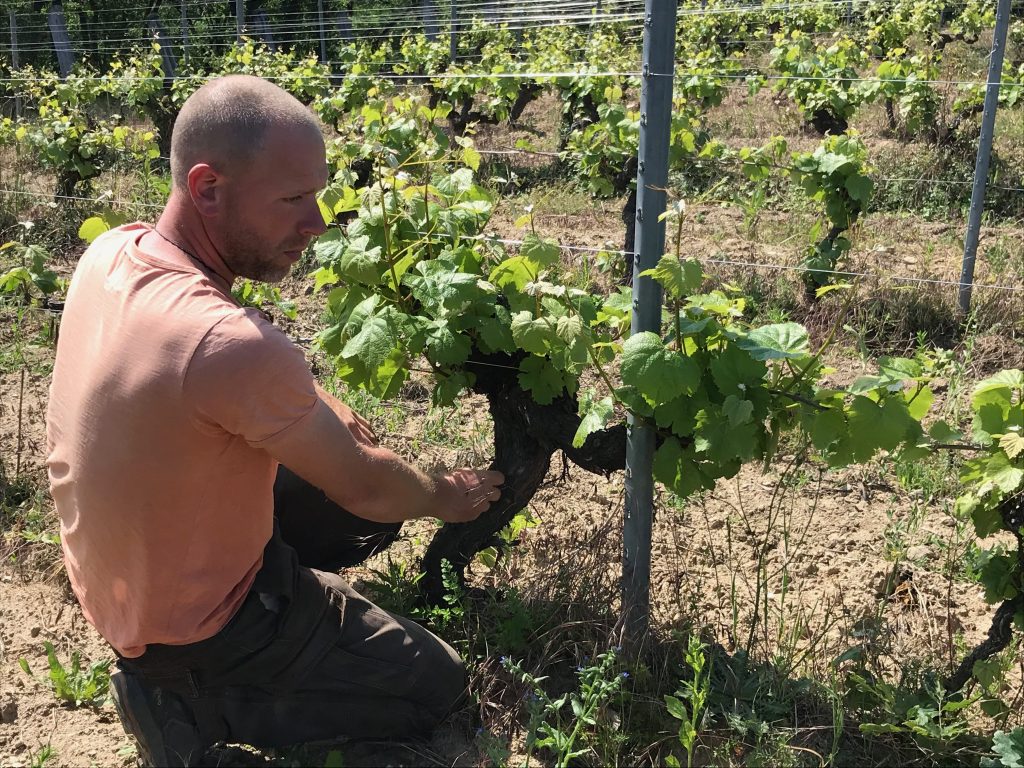 If you zoom in on the city of Lyon via a traditional French wine map, to the north you’ll see Beaujolais—closest by, its southern stretches called the ‘Pierre Dorées’—and to the south, the northern Rhône. But there’s connective tissue between the two famous regions, an area that, especially pre-phylloxera, once flourished with vineyards: the Coteaux du Lyonnais.

Having only gained appellation status in 1984, the region has been obscured for some century or more, even though it was heavily planted to Gamay after phylloxera, then separated from Beaujolais by edict in 1938. What this means is that nearly 90 years ago, people in the Lyonnais were seeing and understanding that this region has something distinctive to offer, wines that build a bridge between the structure of the southern Cru Beaujolais and the wild intensity of the northern Rhône.

Bordered by the Monts du Lyonnais, at the eastern edge of the Massif Central, this is a sloping, hilly region, occasionally dotted with vineyards at high altitudes (300 – 700m) on south or southeastern-facing slopes. Some of these steep vineyards are even built to old terraces, echoing the region’s famed viticulture to the south, with intense grades and serious elevation. 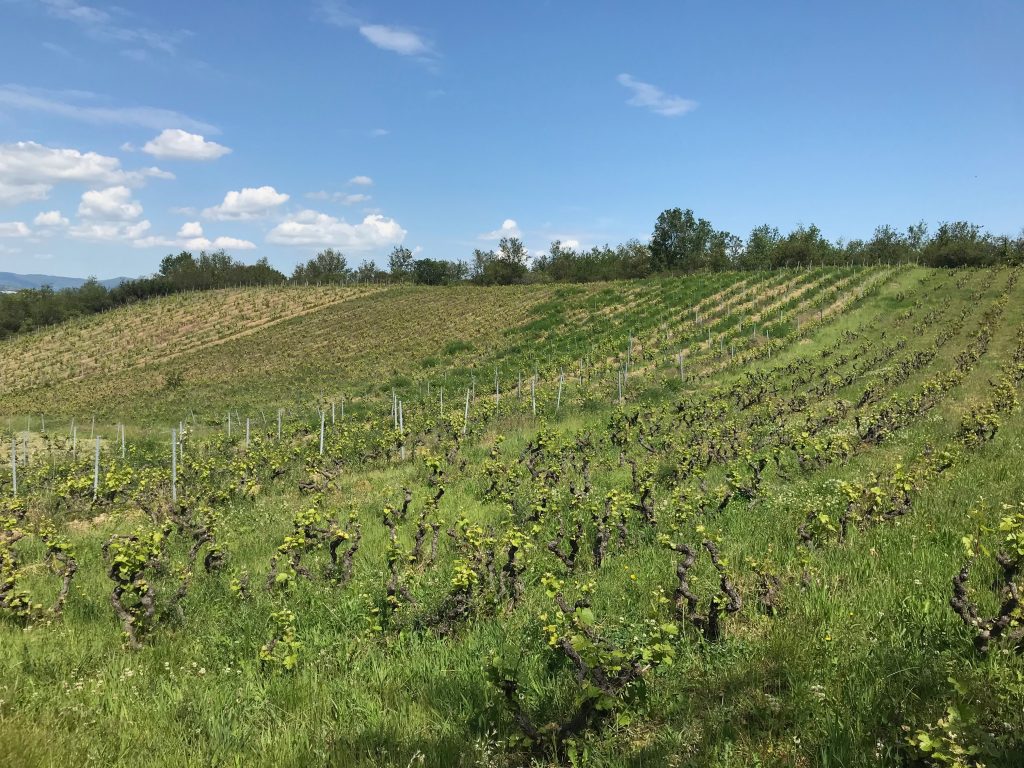 Baptiste Nayrand got his start as a vigneron in this appellation mostly by happenstance: he wanted to leave his less-than-satisfying career in marketing for a chemical company to do something that would combine his love of working outdoors with a passion for wine. Having lived in Lyon for some time, Nayrand had been drinking a fair amount of natural wine; in 2015, an internship with Julien Guillot at Clos des Vignes du Mayne confirmed his path of organic farming and natural winemaking for his own domaine. Later in the year, Nayrand started out with 3.5 hectares of vines and a garage below his home in the southern village of Millery to produce his own Coteaux du Lyonnais.

Nayrand’s petite, garagiste domaine has been certified organic since that beginning year; he also practices some biodynamic principles. Of his work, Baptiste has written a tidy summary, evocative of the man: detailed, transparent, and to the point, but belying wines with an intensity and soul that come from more than just the processes.

‘The vineyards are maintained without any chemical products, pesticides, or synthetic fertilizer. The soil is plowed to encourage microbial activity. Parallel infusions of horsetail, nettle, comfrey, and willow are used to reinforce and structure the vines during their vegetative period, and to reduce to a strict minimum the use of copper and sulfur. [In my use of] biodynamic methods, I have the constant objective to recreate the harmony between elements: mineral, vegetable, human, and cosmos. Vinifications are done exclusively with native yeast, without sulfur dioxide, and without any modern oenological products. All vinification takes place without the use of temperature control (neither heating or cooling), as the objective is to infuse the grapes rather than to extract them. As a result, there are very few punchdowns or pumpovers executed, for the sake of respecting the integrity of the grapes as long as possible, as well as to obtain maximum finesse and complexity. Conscious of the health of our customers, we reduce the quantity of sulfites in the wine to the strict minimum to guarantee a better digestibility and an ivresse joyeuse (literally a joyful inebriation, but it sounds better in French).’

Ivresse joyeuse, indeed: these wines are beguilingly wild, not for the faint of heart: both perfumed and structured, Gamay with a Gallo-Roman soul and something of a feral beauty. 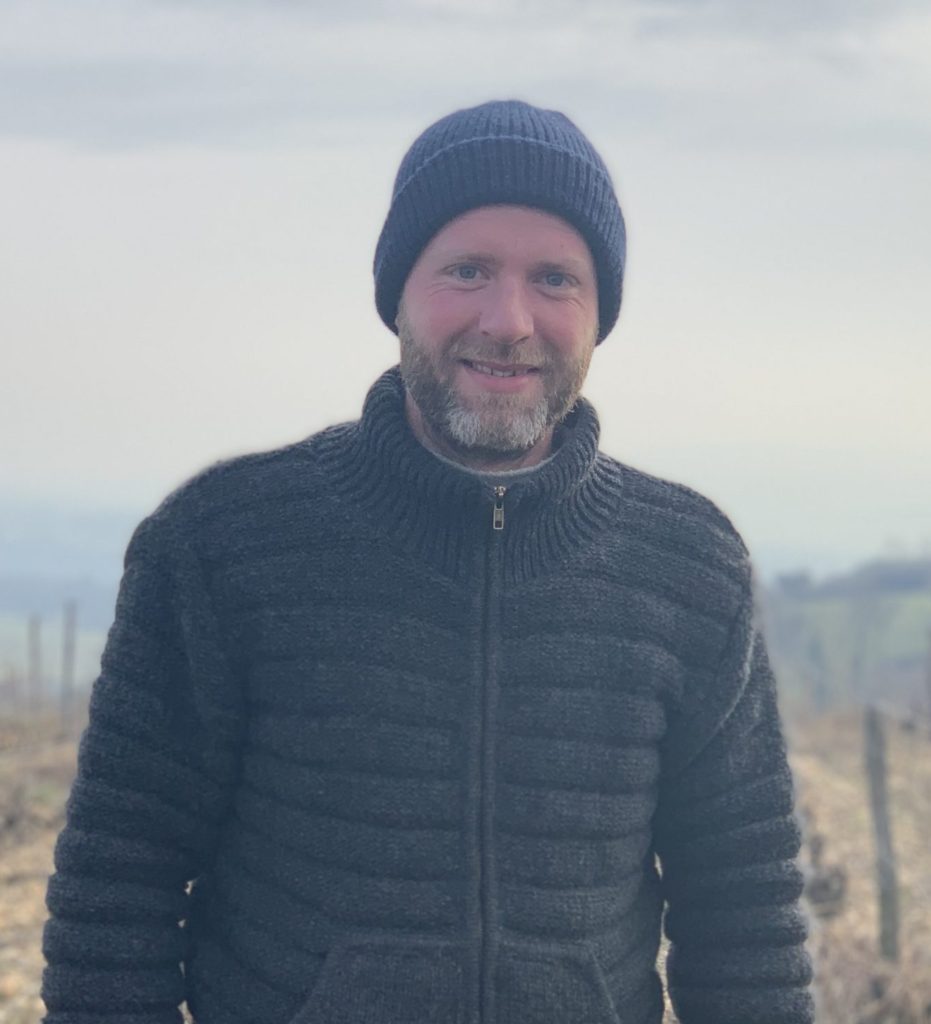 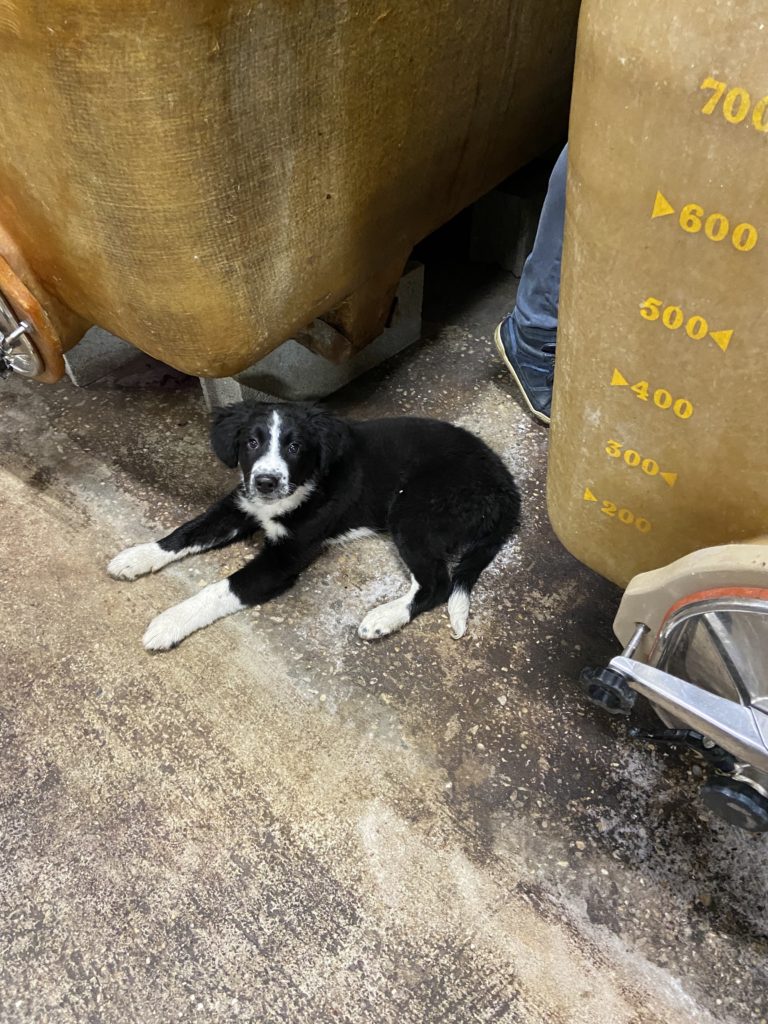 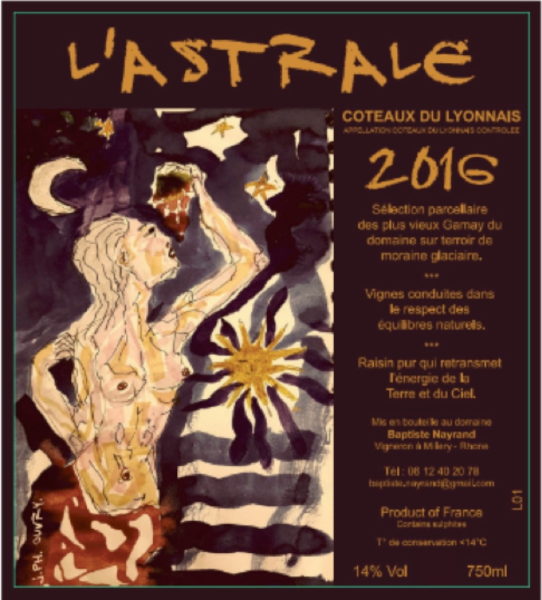 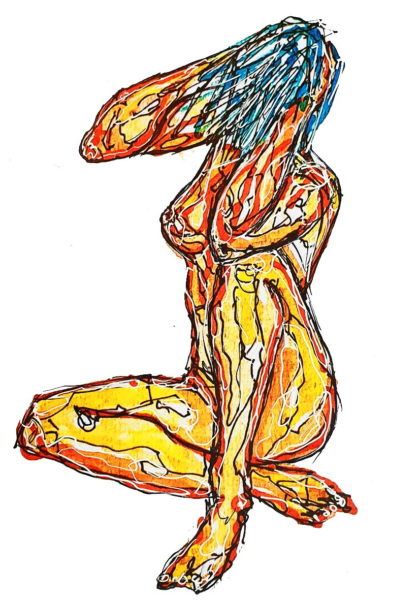 Certified organic. 100% Gamay. Whole-cluster fermentation in fiberglass tank, élevage as well; around six months. Comes from a 1ha parcel called ‘Les Brosses,’ on soils of deep clay with galets; vines planted in the ‘70s. It’s the flagship red wine at the domaine and one that combines an easy-drinking quality with the structure that’s the hallmark of Gamay in this place between the southern cru of Beaujolais and the intensity of the northern Rhône. Unfined, unfiltered, no added SO2. 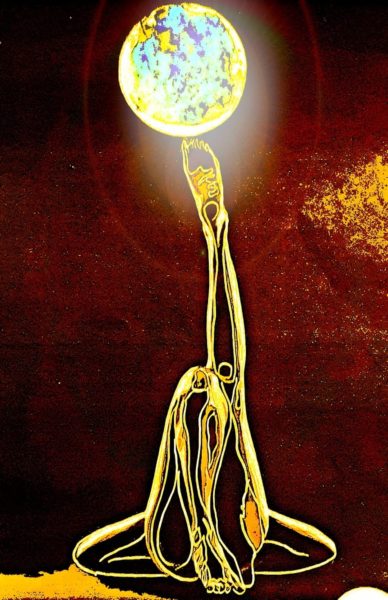 Certified organic. 100% Chenin Blanc. Half of the fruit is macerated in a technique Baptiste calls “dry maceration,” spread out across a wide tank/surface, for gentle but concentrated infusion—also known as ‘dry carbonic.’ This practice prevents crushing the grapes, allowing for an intra-cellular fermentation that infuses delicate aromas and fine tannins. No punchover or pumpover also enables slow infusion. (The same technique is used for Baptiste’s other cuvées Sauvage, Nadir and Terre Noire.) Élevage in 350L demi-muids for six months. Comes from a parcel that Nayrand planted himself in 2018. Light filtration; 1g of SO2 at bottling. 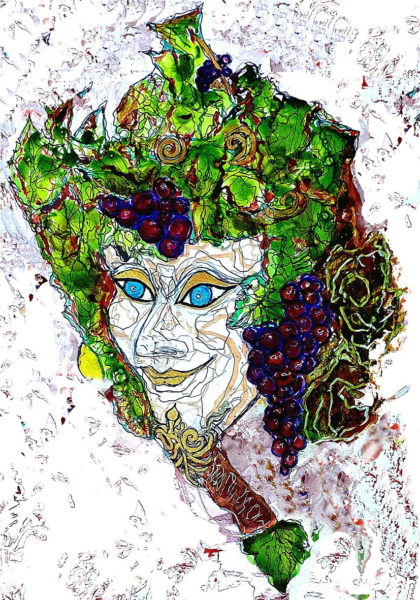 Certified organic. 100% Gamay. Whole-cluster fermentation in fiberglass tank, élevage as well; around six months. Taken from a single parcel located on an intensely steep south-facing slope, called ‘Saint Julien sur Bibost,’ at 700m altitude. It’s much closer to Côte-Rôtie in aspect and expression than anything in Beaujolais. Soils are metamorphic rock. Light filtration, with 1g of SO2 only at bottling.