In 2013, the city of Dijon purchased a 160 hectare agricultural property called Domaine de la Cras, located just outside the city limits. The former owner has already built a winery and planted 8 hectares of vineyards (5ha red and 3ha blanc) on land classified Bourgogne AOC, with a possibility to plant an additional 13 hectares. An open call for proposals was held to decide who would take over the winemaking -the primary criteria were that the vineyards had to be farmed organically, the winner had to be a young winemaker with no existing family vineyards, and be interested in opening the domaine to the public for educational visits.

After Marc Soyard was chosen, he was given free reign to live at on-site at the domaine, tend to the vineyards, and produce and sell his own wines – on the condition that he pay a yearly “rent” of 2000 bottles per year to the city of Dijon. Originally from a non-winemaking family in the Jura, Marc worked for six years at Domaine Bizot in Vosne Romanée, as chef de culture (vineyard manager), and also working in the cellar closely with Jean-Yves Bizot to learn the winemaking process.

Marc has adapted the same hands-off, natural philosophy to Domaine de la Cras that he learned at Domaine Bizot. All of the vineyards are farmed organically with some biodynamic practices. Depending on the vintage, the reds are partial whole cluster or 100% whole clusters. All vinification is done with natural yeasts, and minimal addition of sulfur. Elevage is traditional in a mix of new and used barrels, with frequent experimentation using different types of wood in small amounts including the traditional oak from various forests, as well as chestnut and acacia barrels.

The official appellation at the domaine is Bourgogne AOC, but the Domaine de la Cras is the sole producer allowed to use the designation Coteaux de Dijon. The Domaine de la Cras produces two reds and two whites. The cuvée “Coteaux” comes from the lower elevation vineyards, while the cuvée  “Cras” comes from the steeper, better exposed vineyards and has a longer elevage.

Marc Soyard also personally owns two small parcels of Pinot Noir further south in the Cote d’Or – one vineyard of Bourgogne Rouge near Ladoix which he names Hermaion, and a second parcel of in the Haute Cote de Nuits.

In addition to the winemaking, the city of Dijon has chosen other young agriculteurs to run other projects at the remaining 140 hectares of the Domaine de la Cras.

"Marc Soyard has taken on an ambitious project to rebuild the reputation of the wines of Dijon. If his first few vintages are any hint of the future, it won't be long before others will flock to imitate." - Josh Adler, Paris Wine Company 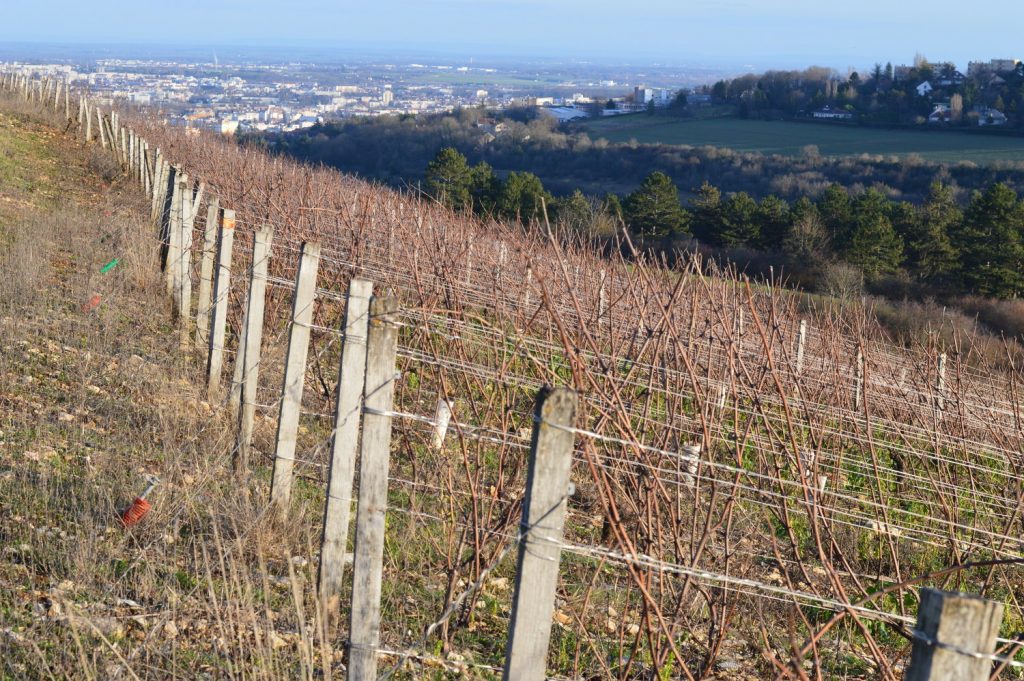 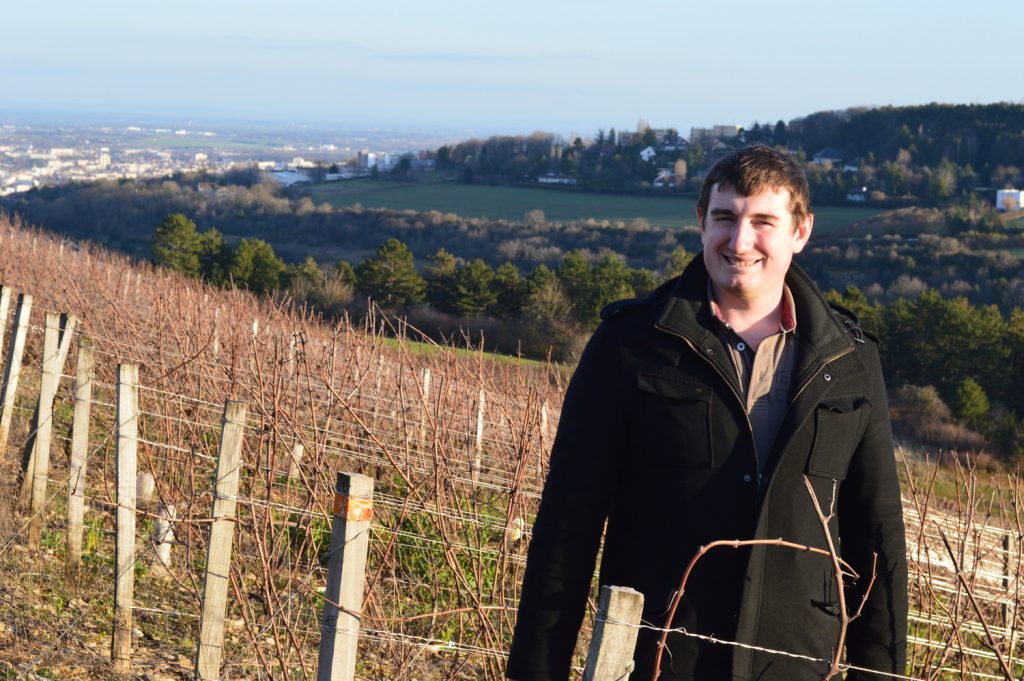 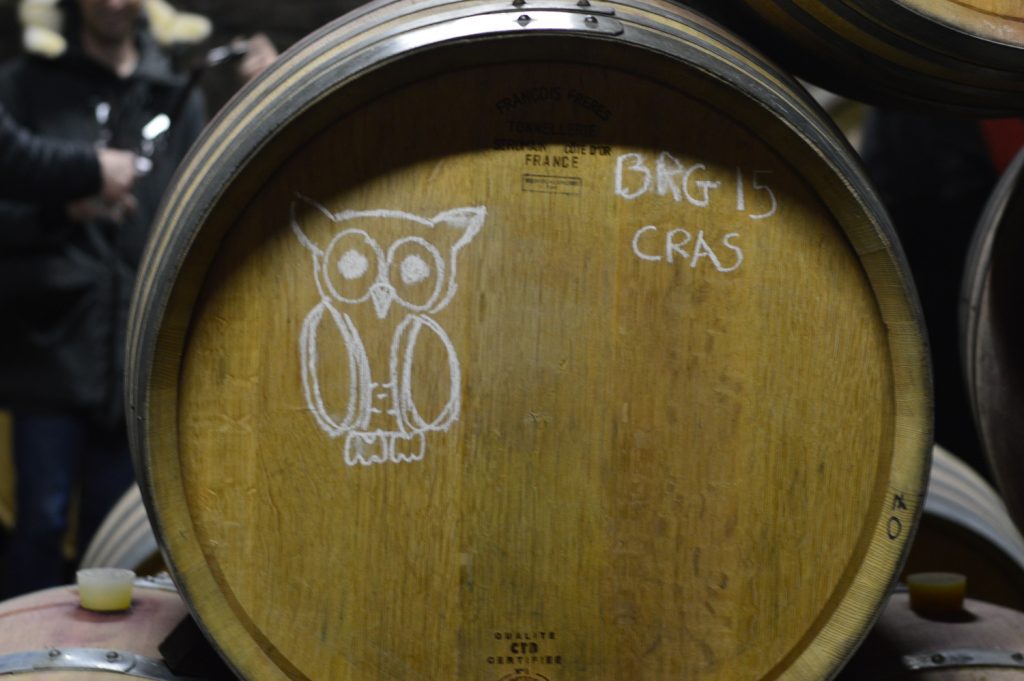 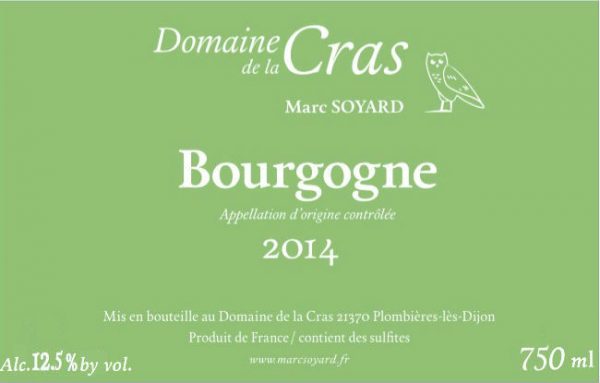 Biodynamic. 100% Chardonnay. Sourced from 2.5 HA on the lower slopes of the monopole. 20 year old vines grown in clay-limestone with marl beneath. Grapes are manually harvested with sorting done at the vine. Pressed into barrel for native yeast fermentation. Elevage for 10-12 months in neutral oak. Light fining before being bottled. 420 cs produced. 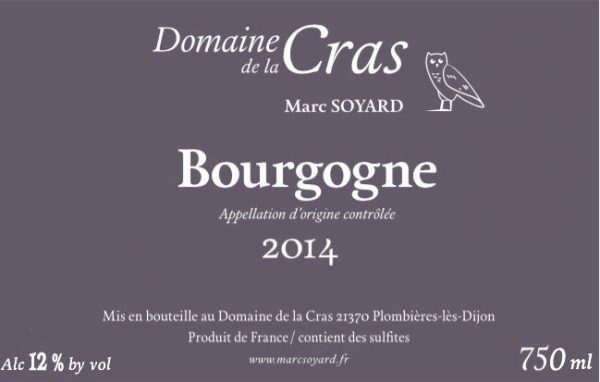 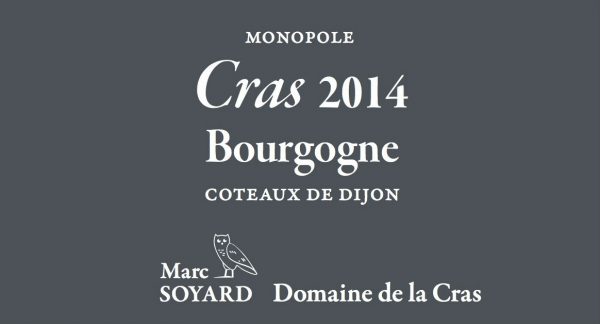 Biodynamic. 100% Chardonnay. The cuvée Le Cras Blanc is a selection of the best exposed vines at the top of the Grand Bessy hill overlooking Dijon, with extended aging and additional new oak barrels compared to the cuvée Coteaux. Sourced from 0.5 Ha situated on the steep upper slopes of the Monopole. Parcel name: Le Grand Bessy. Vine Age: planted in 1985. Soil: limestone-clay with marl subsoil. Manually harvested with sorting done at the vine. Pressed into barrel with no SO2 added. Native fermentation and malo in barrel. Elevage for 15-18 months in barrel (50/50 new/neutral). No fining or filtering before being bottled. Approx annual production: 175-250 cs. 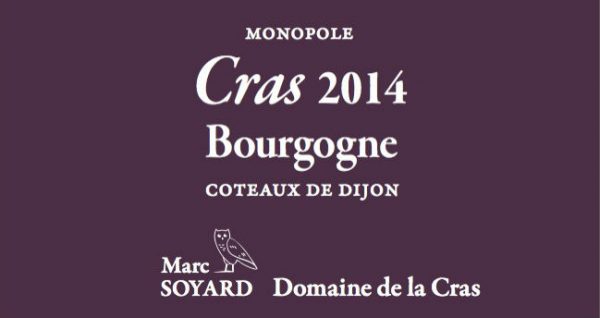 Biodynamic. 100% Pinot Noir. The cuvée Le Cras Blanc is a selection of the best exposed vines at the top of the En Bessy parcel overlooking Dijon, with extended aging, more whole cluster (100% in 2015), and additional new oak barrels compared to the cuvée Coteaux. Vine age: planted in 1983. Soil: clay-limestone soils. Size: 0.5 Ha of steepest parcels at the top of the hill. Grapes are manually harvested with sorting done at the vine. Whole cluster into wooden tanks without any SO2. Whole-cluster, semi carbonic-fermentaton with punch-downs. Elevage in barrel for 15-18 months in 30-40% new wood. No racking, fining, or filtering. Minimal SO2 added at bottling. Approx annual production: 175-250 cs.