Having family history in a famous winemaking region seems an obvious advantage: land passed from parent to child, intimate knowledge handed down to the next generations. But anyone who’s heard producers talk about family knows conflict between generations easily arises—especially when valuable land is involved and philosophies of winemaking vary so widely. There’s also the danger of insularity, when people don’t look beyond the confines of their village, region, or their own cellar to assess the quality of their labors. Combining a long family history with an eye toward the outside world is one of the reasons we’re most excited to share the graceful work emerging from Domaine Rougeot Père et Fils, where winemaker Pierre-Henri Rougeot issues accomplished, progressive wines in a region not necessarily known for shaking things up.

Domaine Rougeot was founded in the ’70s, in the Meursault village center, but Pierre-Henri is the eighth generation of Rougeots to be winemakers here. The family has 12.5 hectares total, 10.5 of which are in Meursault proper. Pierre-Henri’s story is interesting: he began work in his 20’s as an export manager for a cooperage, meaning he traveled all over France to sell barrels. On these travels, Rougeot became friendly with a number of natural winemakers in the Loire, Languedoc, and Beaujolais, and a few of their concerns convicted him over time: of these, minimizing the use of sulfur dioxide seemed tantamount. Pierre-Henri says, “I have discovered people with the true sense of what it is to be a winemaker—to give clearly the sensation that they have of their wines in barrel; this requires no chemical additions or interference.” Years of drinking natural wine persuaded Pierre- Henri that it was a vital pursuit; he claims these wines, “when well done, of course,” are always more complex, “with more personality than ever before.”

Galvanized by new possibilities for his family’s domaine, in 2010 Pierre-Henri took over the winemaking from his father. Père Rougeot still leads the work in the vineyards, however, where full transition to certified organic farming was completed in 2014, and biodynamic farming is next on the docket for the family to begin practicing. Pierre-Henri holds that his father is learning lessons from him, about low- intervention, older styles of wine—but the son must still learn a great deal about how to care for the land properly; there lessons from his father continue.

This kind of pragmatism is the leading force at Rougeot: vineyard care takes precedence; stable, high- quality wine comes next; then sulfur is considered—after eight or nine months of élevage, as all vinification has taken place entirely sans soufre, Pierre-Henri will taste each wine from barrel to see if any require a small application of SO2 at bottling; oxidization and high amounts of volatile acidity aren’t tolerated. But whenever Pierre-Henri sees barrels and cuvées that seem excellent and stable, the preference is to bottle them with nothing added. The domaine has two labels, therefore; a more classical- looking label depicting the domaine indicates those wines with small amounts of SO2 added at bottling; a diagonal, flag-shaped label represents those wines made with none.

We are pleased and impressed with each of the wines in this lineup—and though Meursault obviously is a white wine village, Pierre-Henri’s Pinot Noirs are not to be missed; eschewing de-stemming, cold maceration, and factory yeasts, they taste like the red Burgundies that seem sometimes out of legend: rustic and transparent, with plenty of dark fruit to balance their structured, mineral spine. The Bourgogne Blancs also represent great value: each has the echo of the fancier Meursault terroirs; they present as classy without being too voluptuous. If you’ve given up on Burgundy because it all seems overwrought, overly expensive, nearly impossible to access good wines, check these out: expressive, actually-attainable beauties, from a forward-thinking winemaker breathing life into his family legacy.

"I have learned oenology in order not to use it." --Pierre-Henri Rougeot 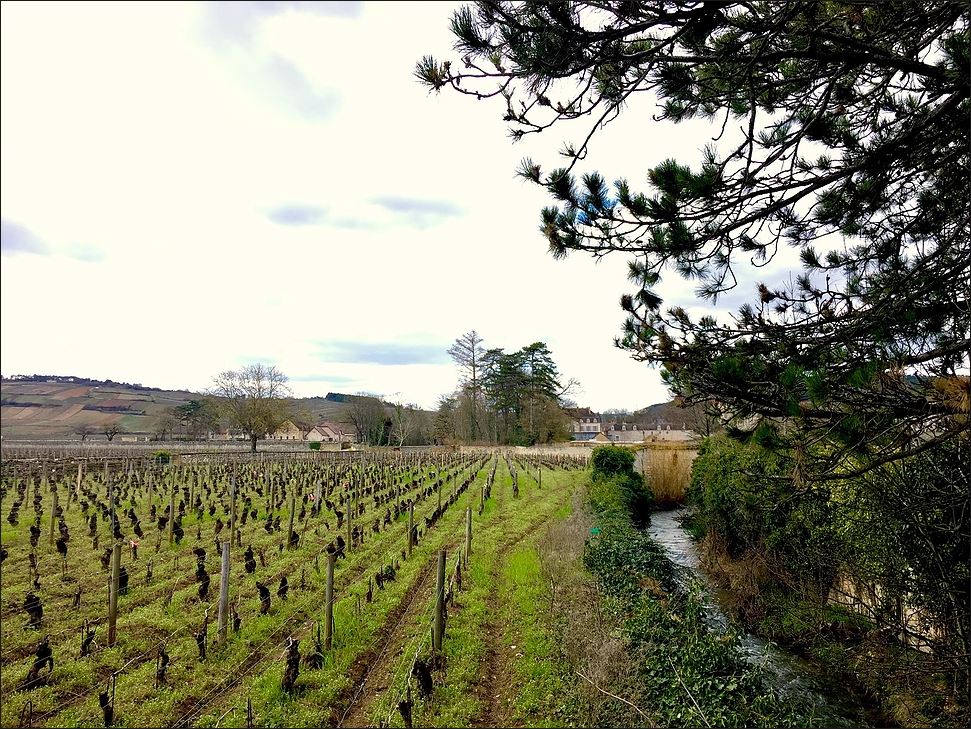 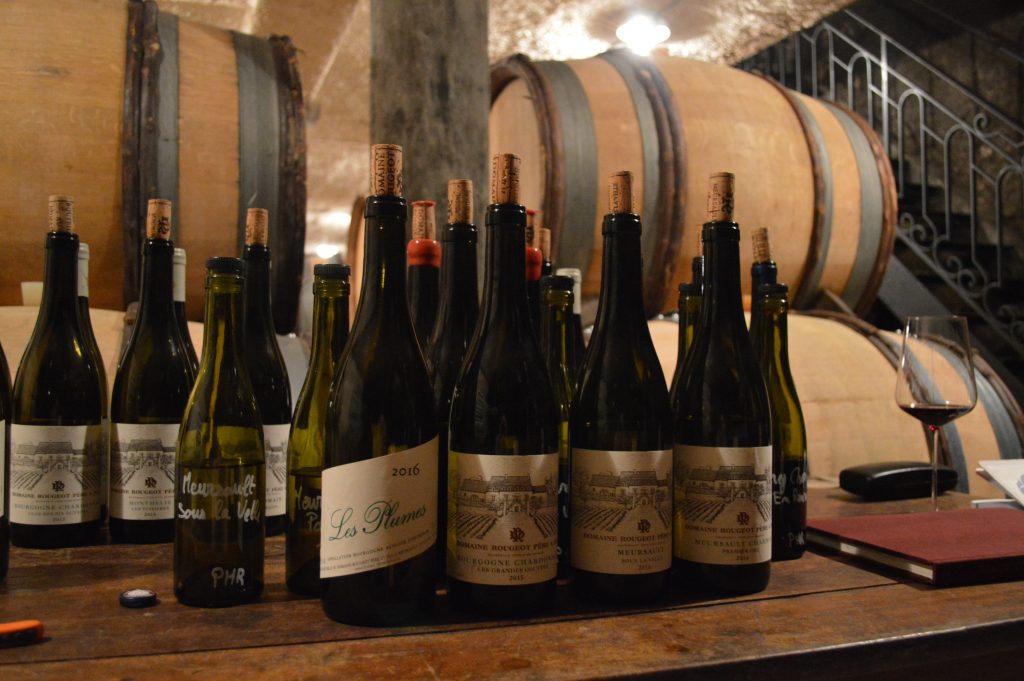 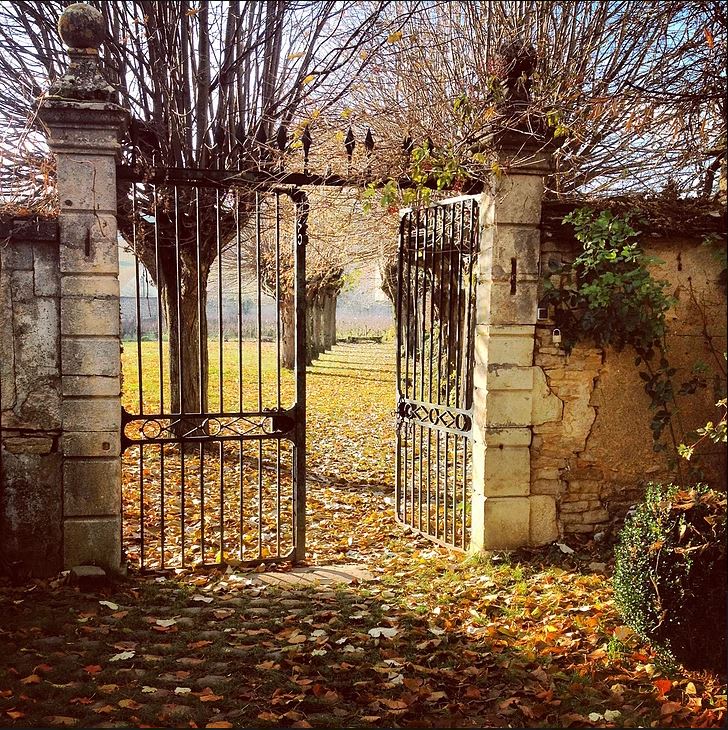 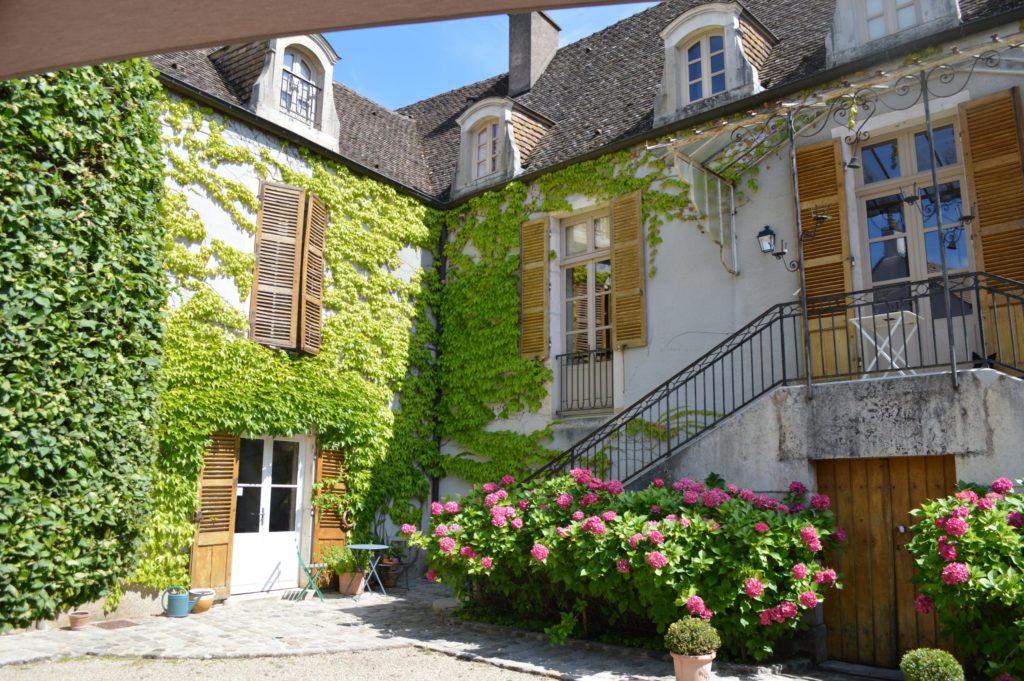 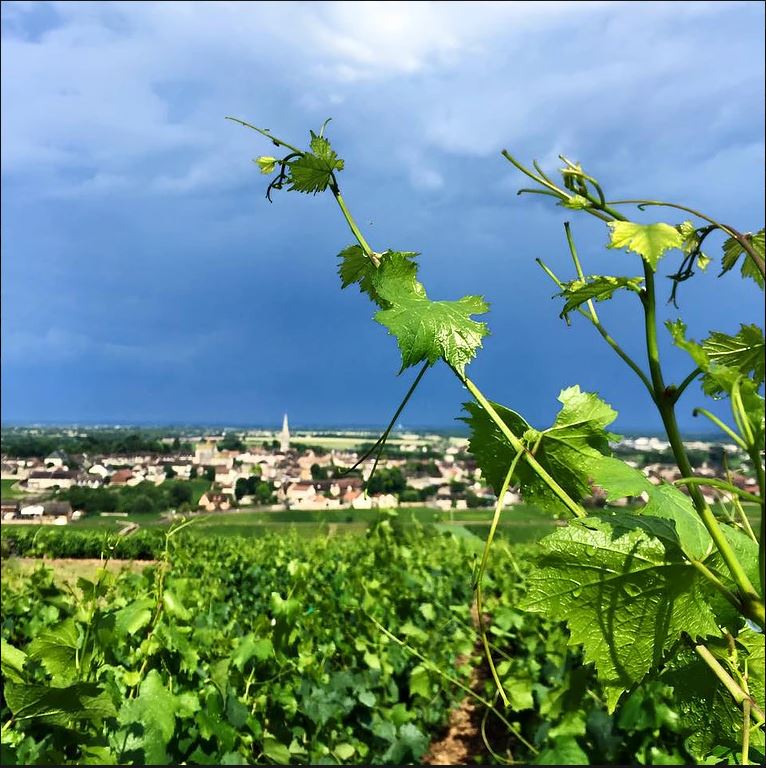 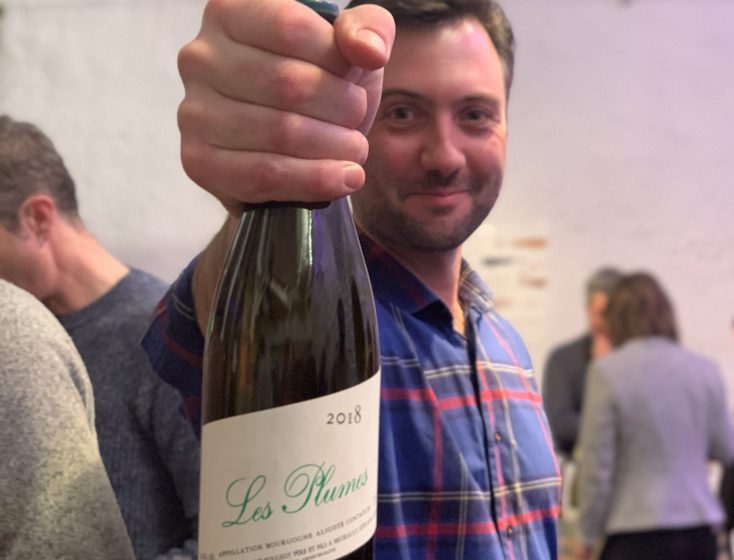 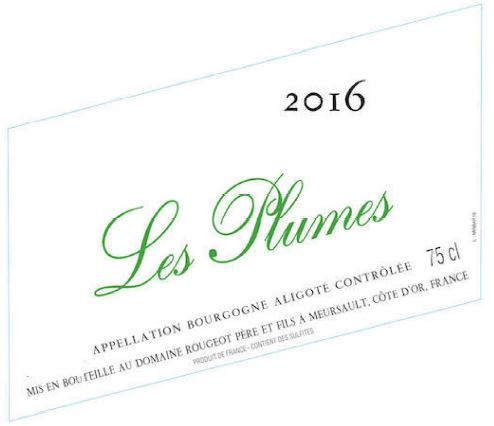 Rougeot’s Aligoté comes from the lieu-dit Les Plumes, located in the plains below the village of Meursault and planted 1974. Rougeot treats his Aligoté with the same serious farming and vinification as all other wines from the domaine, but to preserve its naturally high acidity and freshness, Les Plumes is fermented in concrete tanks and aged in neutral barrel. Bottled with zero added SO2. 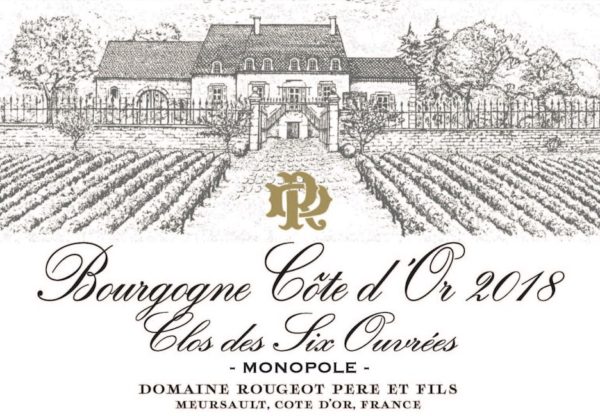 This tiny walled vineyard (.38 ha) of Chardonnay produces only about six to eight barrels of wine per year. Leaner than ‘La Monatine,’ with a saltier touch. Soils here are also clay-limestone but contain some marl as well; 50 year-old vines on average. Fruit is handpicked, direct pressed, and spontaneously fermented in neutral barrels, with 18 months’ élevage in neutral wood following. The wine is racked into steel tanks for blending and rests for one month before bottling. Max 25mg/l SO2 added, only before bottling. 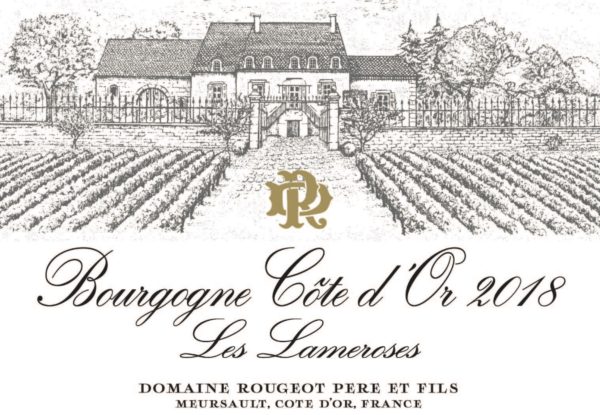 100% Pinot Noir; Les Lameroses is a single- vineyard plot of Bourgogne Pinot Noir, located in northern Meursault, close to the border with Volnay. 45+ year-old vines on clay-limestone and ocean marl. Like all of the Pinot at Rougeot, the fruit is vinified whole-cluster. Élevage takes place in neutral barrel for 18 months. Savory, grippy, old-school red Burgundy. Max 18mg/l SO2 added, only before bottling. 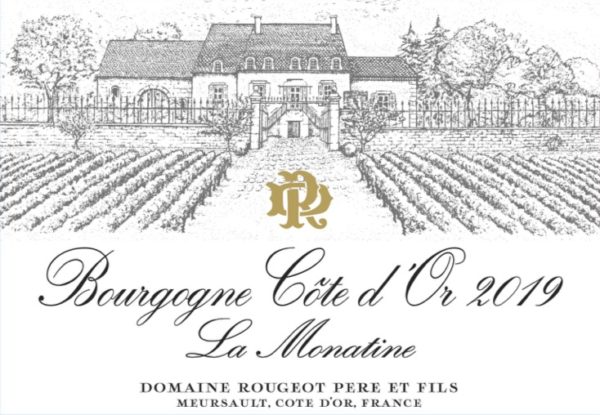 100% Chardonnay from a two-hectare lieu-dit on clay- limestone, 55 years of age. Fruit is handpicked, direct pressed, and cold settled over two days. Fruit is handpicked, direct pressed, and spontaneously fermented in neutral barrels, with 11 to 18 months’ élevage in neutral wood following. The wine is racked into steel tanks for blending and rests for one month before bottling. Medium-plus body, with some warmth and broadness on the finish. Max 25mg/l SO2 added, only before bottling. 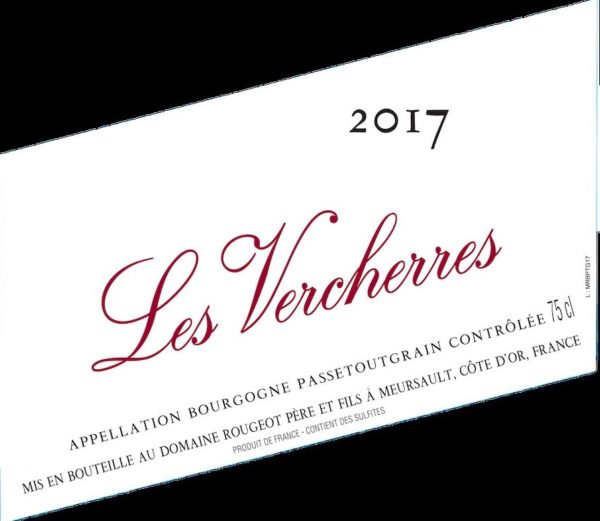 70% Pinot Noir, 30% Gamay, from a single .2 ha parcel co-planted in the 50s and 80s, harvested together and co-fermented—all in the old style. The fruit is fermented 90% whole cluster, then moved into 600L neutral barrels for malolactic fermentation and élevage. One of the most vivid examples of Passetoutgrains we’ve seen in years, reminding us of a dead split between the perfume of Burgundy and the forest ruddiness of Beaujolais. Bottled with zero added SO2. 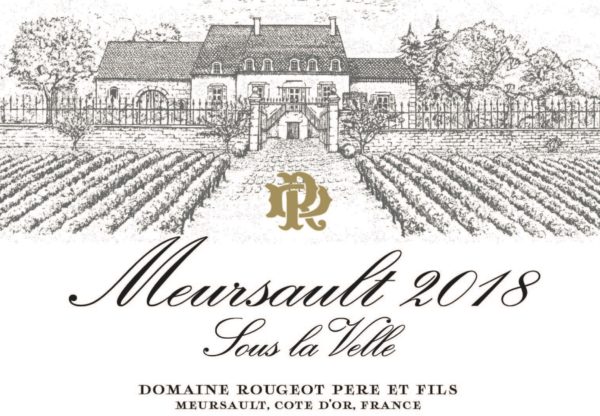 100% Chardonnay coming from a 2.5ha single parcel just below the village, this Meursault is an elegant and textbook rendition, without the blowsiness some wines from the appellation can have. 55+ year-old vines on clay-limestone. Fruit is handpicked, direct pressed, and fermentation begins spontaneously in neutral barrels. 15% of the juice gets 18 months’ élevage in new oak barrels; 85% goes into neutral barrel; no lees stirring. Max 25mg/l SO2 added, only before bottling. 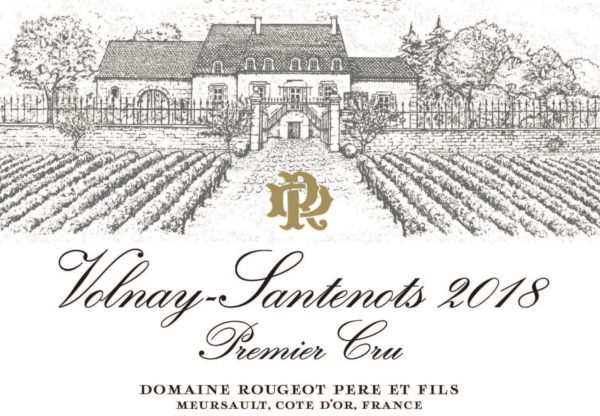 100% Pinot Noir. The Volnay premier cru Santenots is technically located in the village of Meursault, though vignerons discovered long ago that there’s more demand for Volnay than Meursault Rouge, and therefore arranged to label reds from their northernmost vineyards as Volnay. This is Rougeot’s most structured red wine, with a steely tannic frame—it’s intended to age and will gracefully. .85ha vineyard, 30 to 50 year-old vines. Vinified whole-cluster. Élevage is 18 months, 2/3 of the juice in neutral barrels, 1/3 in new wood. Max 18mg/l SO2 added, only before bottling.