Keuka Lake Vineyards, owned by Mel Goldman, is a small estate winery that has earned a reputation as one of the elite producers in the Finger Lakes since Goldman started KLV in 1997. The estate controlled vineyards are situated on the southern slopes of Keuka Lake, the Y-shaped crooked lake, in the Finger Lakes region of Upstate New York. Keuka Lake Vineyards farms 53 acres of vines but cherry picks 20 acres for their own wines and sells the rest to neighboring wineries. Keuka Lake Vineyard’s focus is on their four distinct single vineyard bottlings of dry Riesling, but they also produce a benchmark example of Vignoles as well as Cabernet Franc, Pinot Noir, and Leon Millot.  While KLV’s efforts are essential, it is the depth and size of the Finger Lakes that makes grape growing in the climate of New York State even possible. The summer heat retained by the lakes lengthens the growing season and acts to moderate the extreme cold temperatures of the vineyards in the winter. Come spring, the now frigid waters moderate the warming air temperatures, delaying bud break and lowering the risk of damage by frost.  It is the interaction of this temperate climate with the soil and topography of the land surrounding Keuka Lake that gives these vineyard sites their unique terroir. The glacial till topsoils (mixture of glacially laid rocks, sand, silt, and clay) deposited on the lower slopes above Keuka Lake provide for the water drainage that is essential for vine balance and health.  The subsoils are predominantly shale, which lends a distinct mineral edge to the wines.  The slopes themselves allow crucial cold air drainage during the winter and maximize sun exposure over the growing season.

“The winery is making a statement with its single-vineyard Riesling bottlings sourced from small vineyard parcels…” –James Molesworth, Wine Spectator 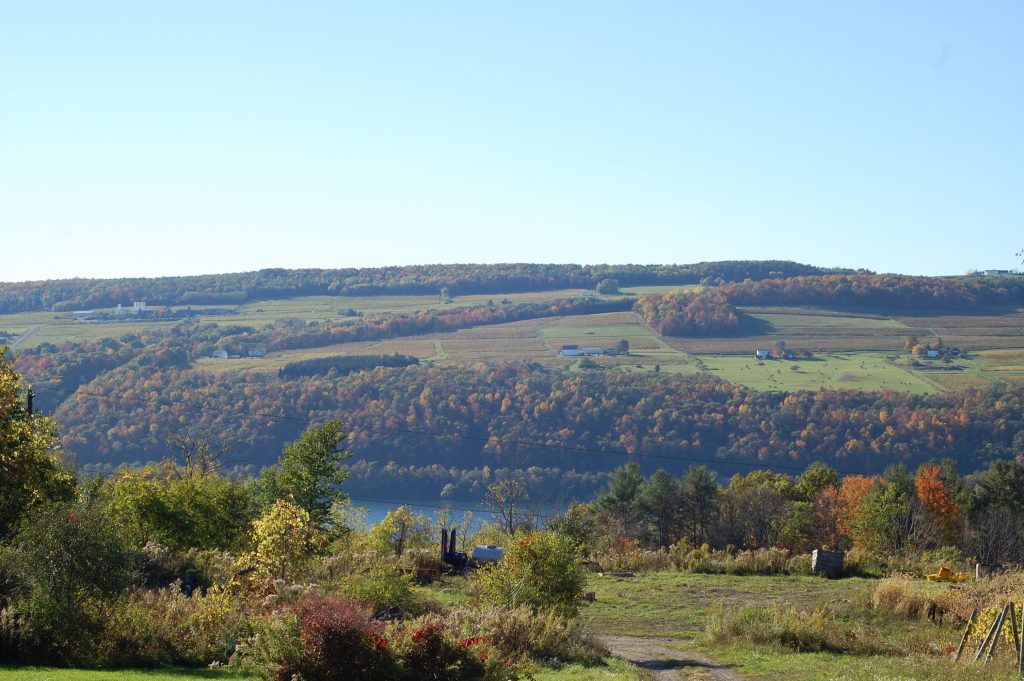 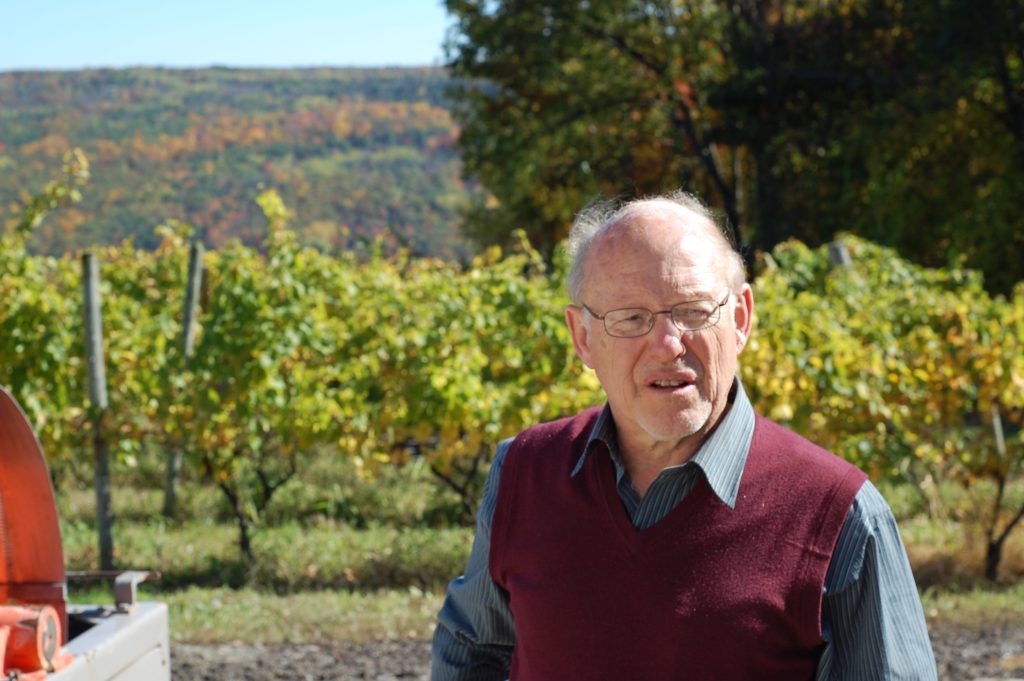 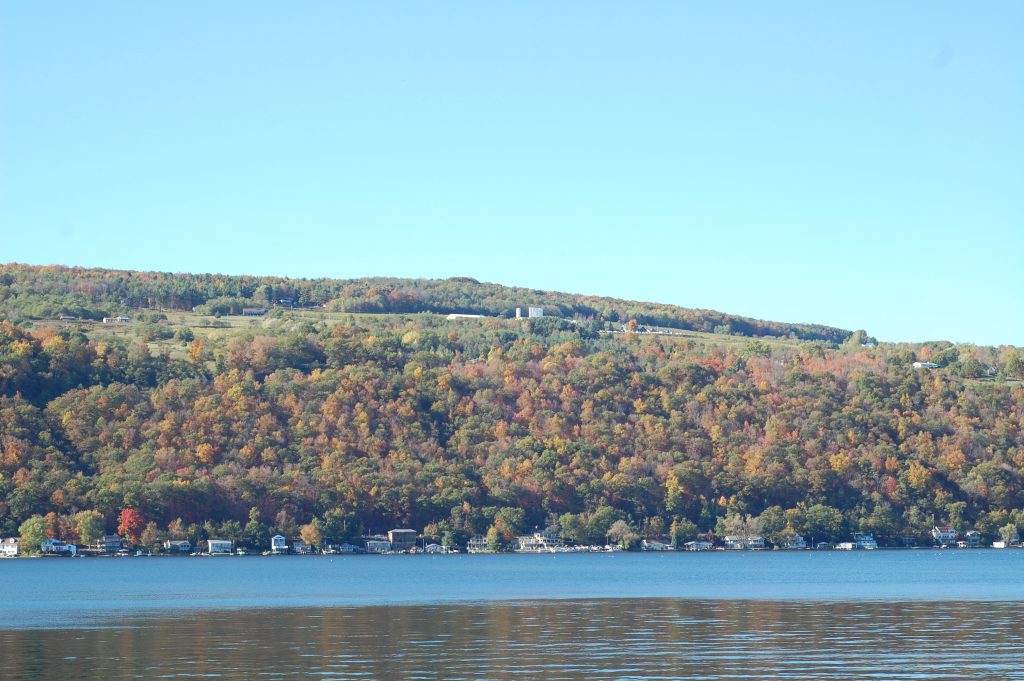 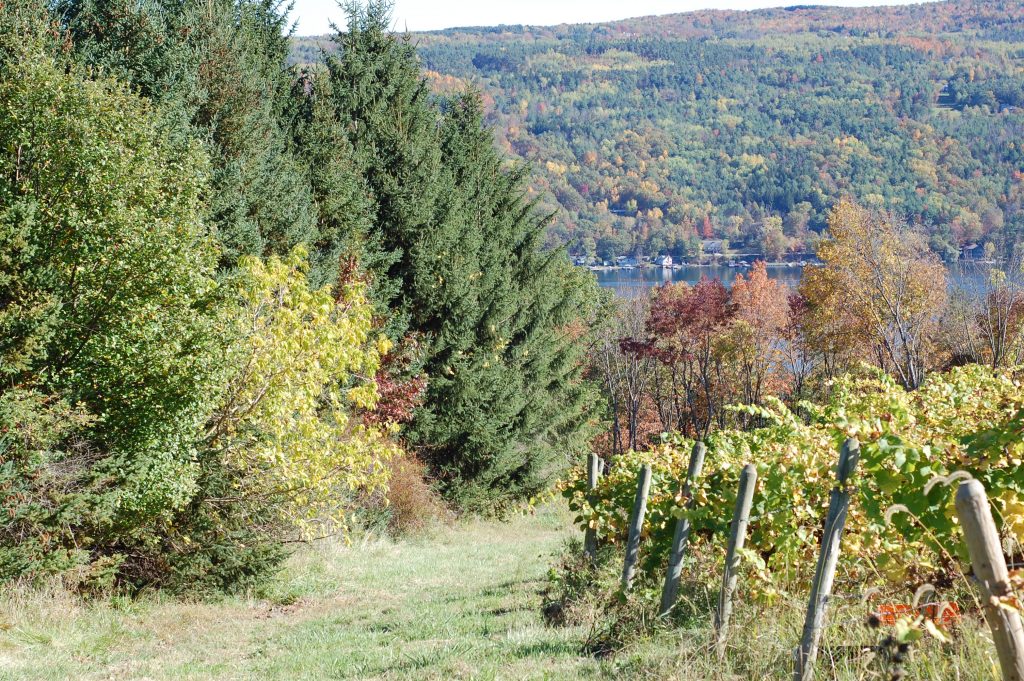 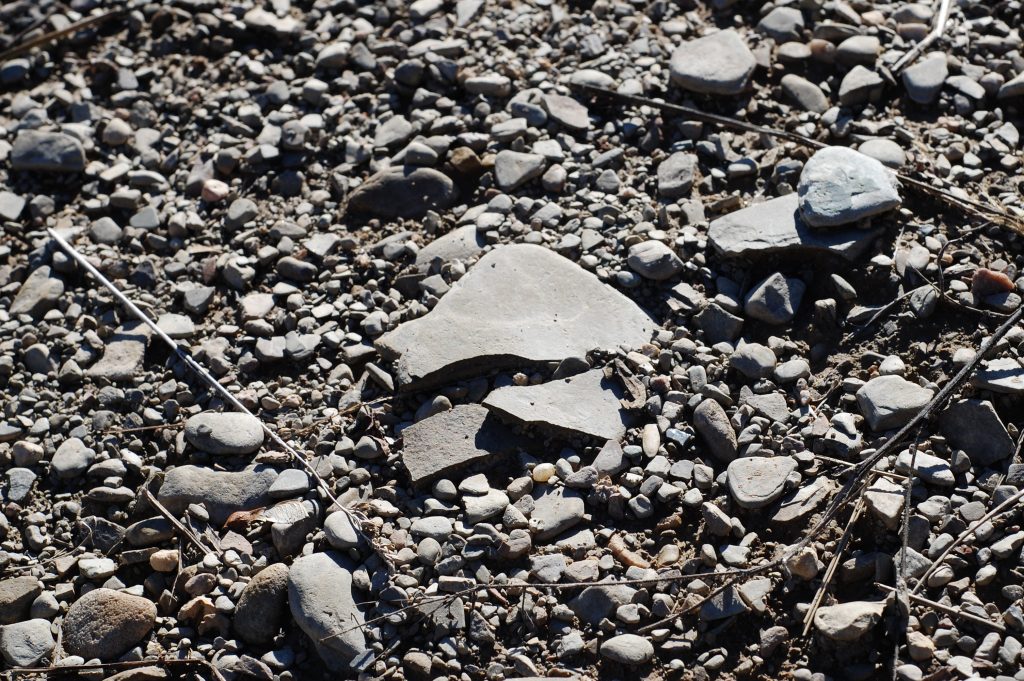 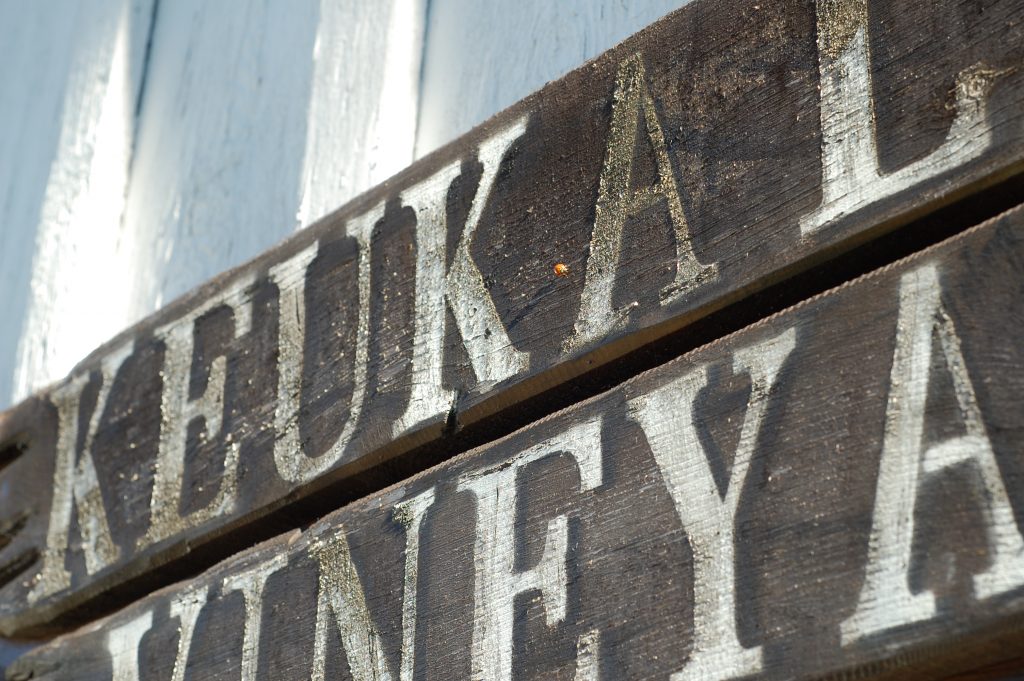 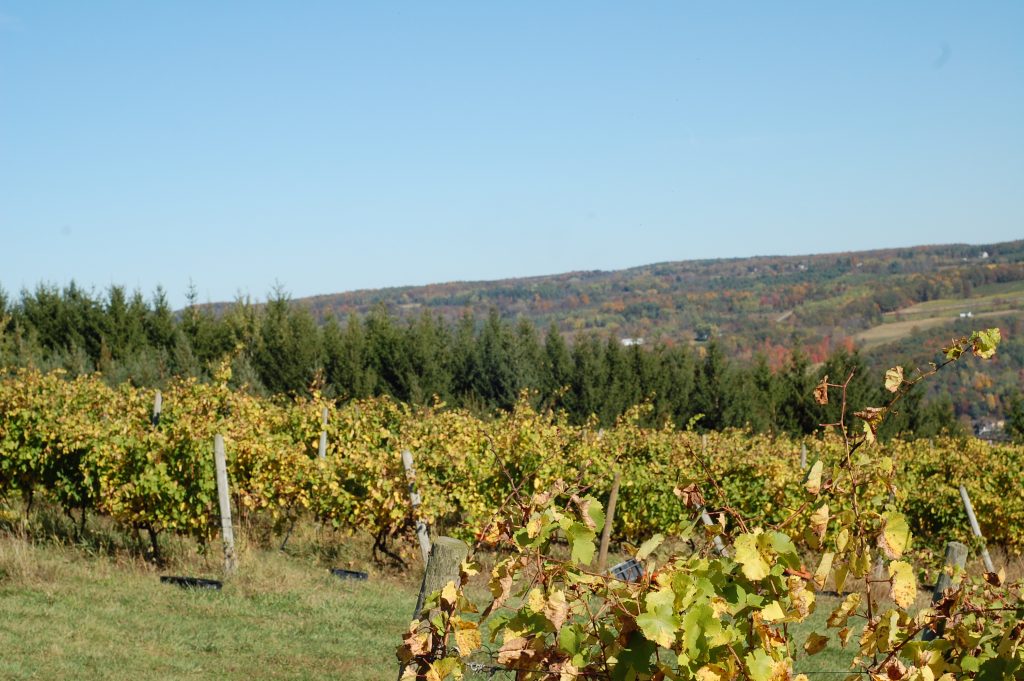 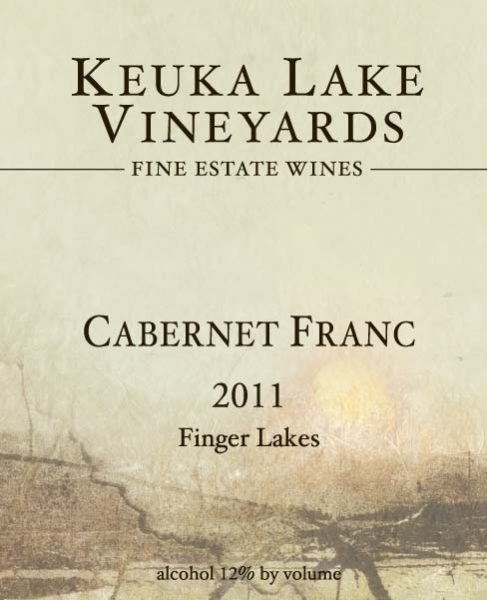 Sustainable. This Cabernet Franc is sourced from Overlook Farms on the western slopes of Seneca Lake and is a site that consistently provides high-quality fruit every year. Fermented in small 1-ton bins at low temp with the cap punched down by hand twice daily to achieve gentle extraction of flavor and tannin. Aged in neutral French oak for 9 months then bottled with no fining. 118 cs produced. 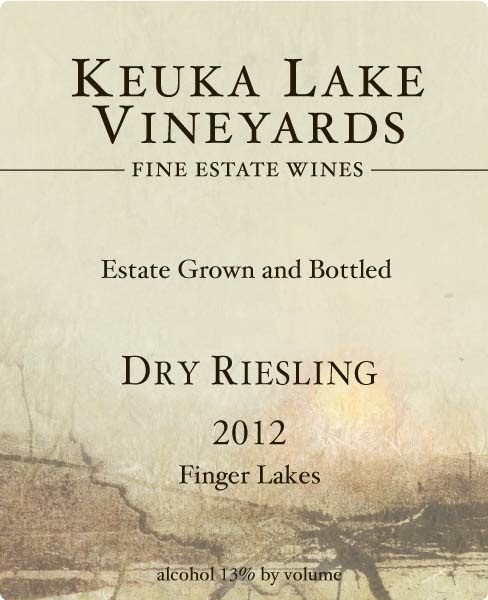 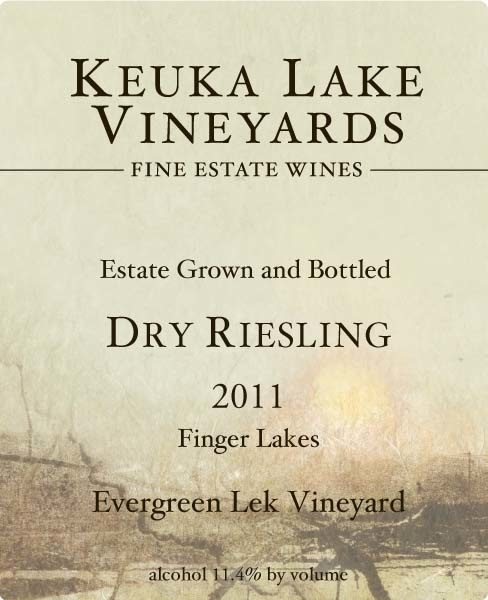 Sustainable. Located on the western side of Keuka Lake, the Evergreen Lek Vineyard is just under 2 acres and was planted in 1999. Steep slopes with rocky topsoils (glacial till) and a shale subsoil. Hand-harvested. Racked after 2 day cold settling into stainless steel. Fermented over 46 days at 52 degrees. Aged in steel for 7 months. Unfined. 88 cs produced 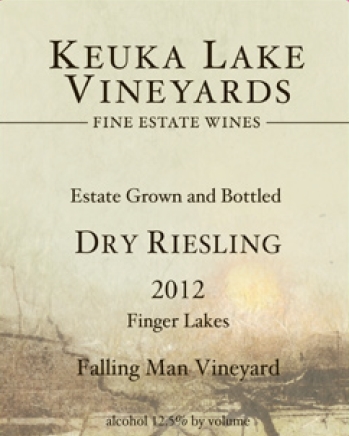 Sustainable. Falling Man Vineyard, planted in 2001 and totaling less than 1 acre in size, is planted on a seriously steep hillside where pickers are known to stumble and tractors apt to slide. The soils were left fallow for 10 years before planting to revitalize its ecosystem. This vineyard clearly displays what makes Keuka Lake special: the steepest slopes of any Finger Lake leads to particularly rocky soils that impart a pronounced minerality to wines. Fruit was handpicked and the juice fermented at cool temperature over six weeks in a stainless steel tank. The wine was naturally cold stabilized by winter cellar temperatures and was left alone for five months cellar aging before filtration and bottling in April. 66 cs produced 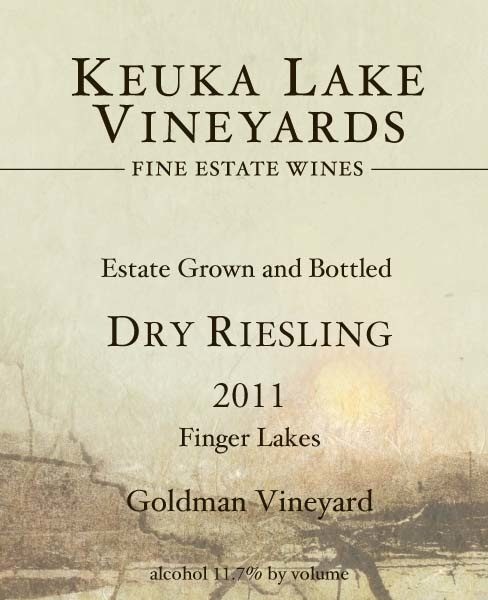 Sustainable. Goldman, the original estate vineyard planted in 1998, is less than 2 acres in size. It’s composed of the classic glacial till soils (a mix of gravel, quartz, and sandstone) of the Finger Lakes and sits on Marcellus shale subsoils. This tends to be the earliest ripening of the single vineyards bottlings. Rocky, steep soils plus green harvesting gives low yields. Pressed, settled, then fermented at low temp in stainless steel for nearly 50 days. Racked off primary lees onto fine lees in stainless where it ages for 8 months. Unfined. 101 cs produced. pH- 3.00, TA- 9.2 g/l, RS- 7 g/l 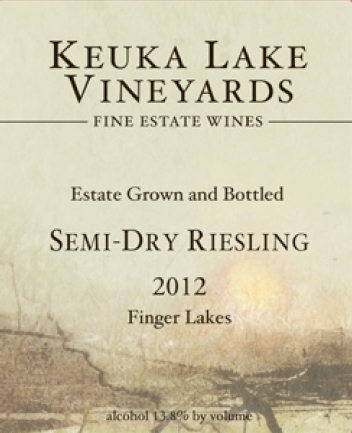 Sustainable. 100% Riesling grown on steep slopes of of Keuka Lake on rocky, glacial till soils with a shale bedrock. A blend of Eastside and Goldman Vineyards. Slow cold fermentation in stainless steel. Aged in steel and naturally cold-stabilized by cold winter weather. 371 cs produced. 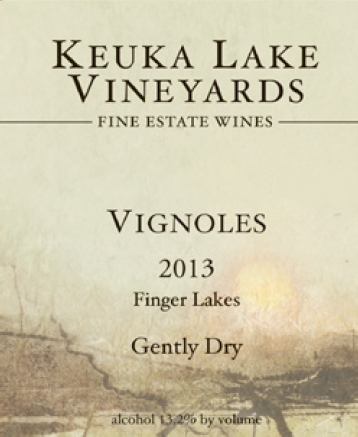