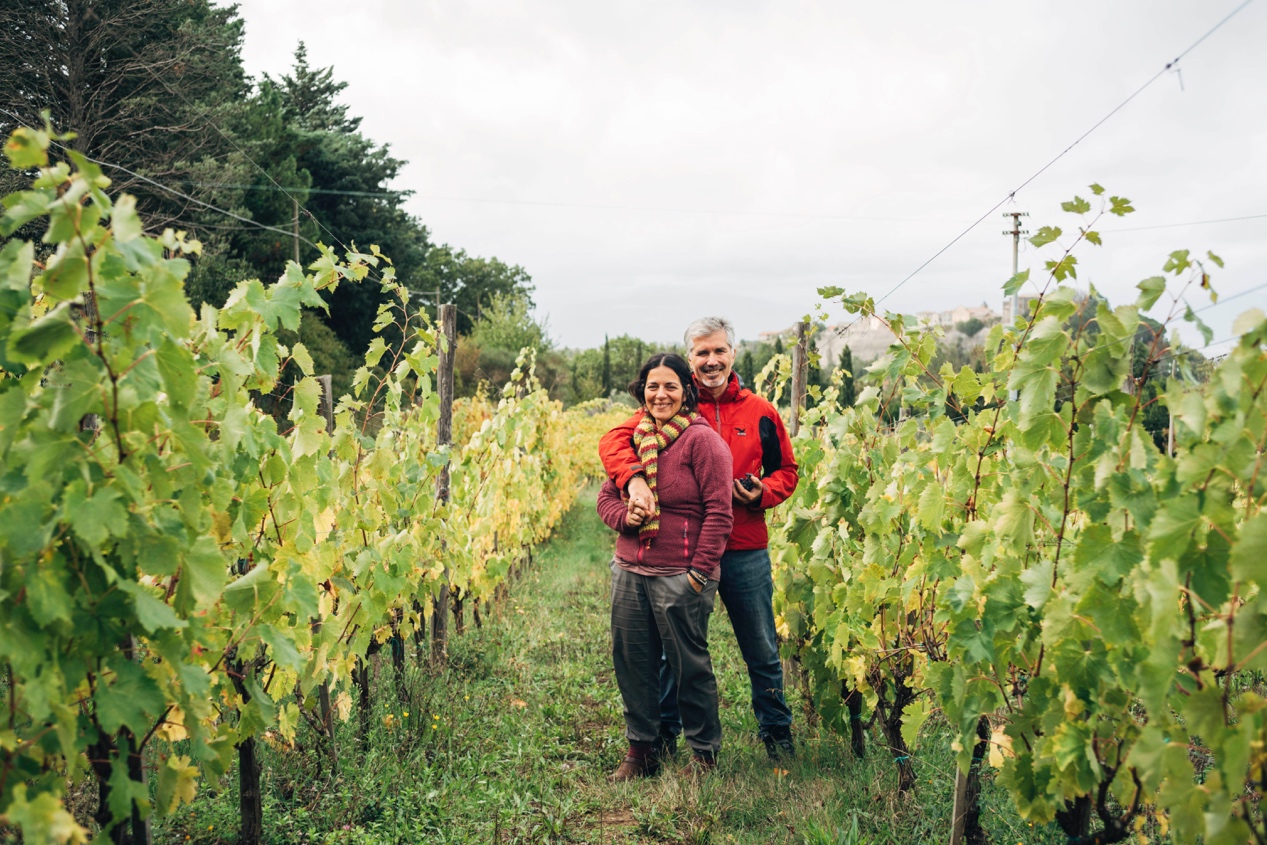 Simona de Vecchia and Giuliano Salesi, the proprietors of Podere Orto, have something of a magical story: Simona, a city girl raised in Rome, and Giuliano, a young man from a small seaside town, fell in love, got hitched, and founded a translation business together in 1999. Their company was super successful, their life in Rome quite comfortable, but the duo weren’t happy. Six or so years into having their business, Simona and Giuliano started seeking what their larger purpose might be—Simona shares, ‘we followed a kind of inner spirit who guided us to the countryside.’ They’d been looking for houses to purchase in Rome, but nothing seemed right; then they were shown Podere Orto in Trevinano and thought to themselves that it could be a beautiful little guesthouse—so they bought it.

But what came next is unique: Trevinano, the village where Podere Orto is located, is in the northernmost stretches of the subregion of Lazio, an area that was feudal and entirely agricultural until only the modernizing last century or so. It’s not known for wine, though it’s always been produced there—as far back as the Etruscans, pre-dating Hellenization—but the geographic situation of Trevinano itself is quite interesting. It’s a pocket Simona and Giuliano call the ‘Trivium,’ where three subregions meet: northern Lazio (not far from Orvieto); Umbria to the northeast; and Tuscany immediately to the northwest. They’re also not far from Lago di Bolsena, but at a much higher elevation—600m—and they have specific soil types that are particular to their little northern pocket: sand and clay-rich, as well as calcareous, with sandstone marl and quartz.

As outsiders to the region, Simona and Giuliano initially wouldn’t have known any of this had they not met a special, seventy year-old man named Valerio—their ‘Charon, ferrying us from city to country.’ Valerio had been taking care of the Orto house for its previous owners. As he got to know the pair a bit, Valerio discovered Giuliano’s long interest in the great wines of the world; he invited Giuliano over to taste wines he’d made in the previous two decades there in Trevinano. Giuliano came home from this tasting of various demijohns of many old vintages from Trevinano, all scattered about an old man’s garage, with a revelation: this area was hiding profound potential for winemaking, palpable in even the rustic work of this kind neighbor who’d been tending to and fermenting the unique grape varieties of the region for decades.

This discovery set Giuliano to work, convinced that he and Simona should plant vineyards in addition to running the guesthouse they’d begun. He did very thorough research to begin: soil analysis, preparing the parcels, then planting rootstock, in 2009. Afterward, a massale selection of old, local vineyards was made and grafted in late summer of 2010. 2012 marked the first vintage of these new—but also, in a way, heritage—vineyards. It’s particularly moving to note that Giuliano had ‘zero experience in doing anything manual.’ Everything had to be learned from the ground up, with resulting early years of doubt and difficulty. 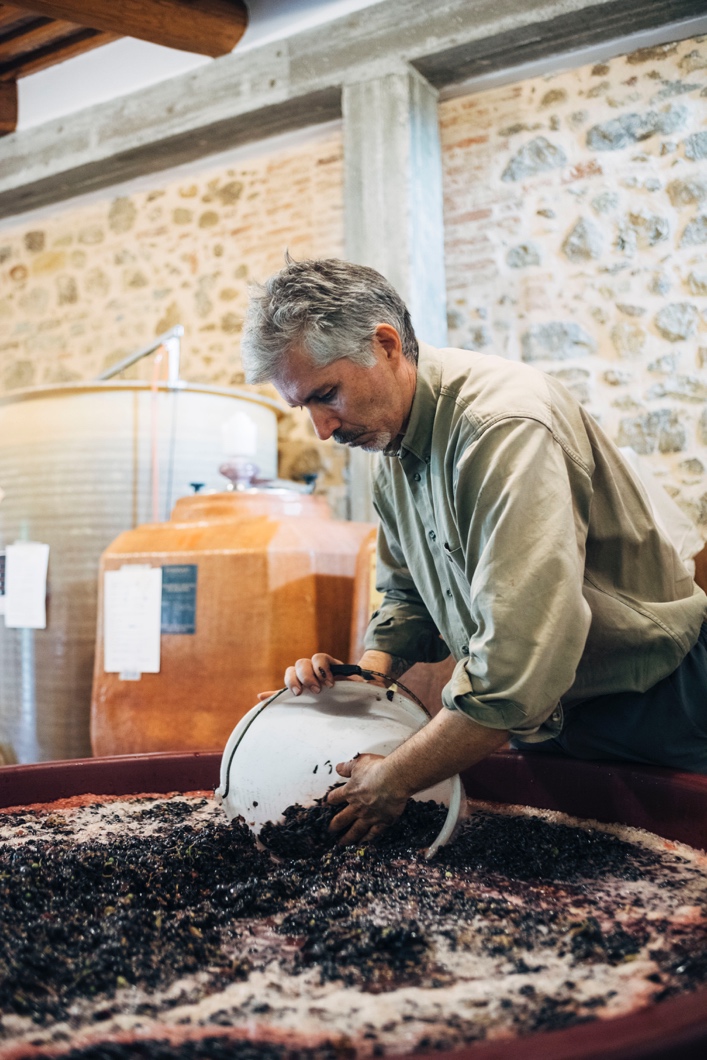 Now, Giuliano’s vine-tending (biodynamic) and winemaking (traditional, unfussy) have reached their zenith: the Podere Orto wines are elegant, full-fruited reds with great liveliness and herbal expression. They’re excellent entries in the pleasures of Italian red wine in general, but with distinctive herbal-earthen profiles, and they also usually clock in around 12-12.5% alcohol! And the whites—both the Bianco and the Ambrato, when they appear in their various vintages, are delicate and structured all at once, a masterclass in wines overlaid with many layers: ripe stone fruit, tropical flowers, green olives, Mediterranean sun, stone.

We’re very proud to welcome this passionate project from the northernmost corner of Lazio—where southern Tuscany and Umbria meet—which gives new life to old farmers’ traditions in the area that might otherwise be lost to industrialization and modernity. 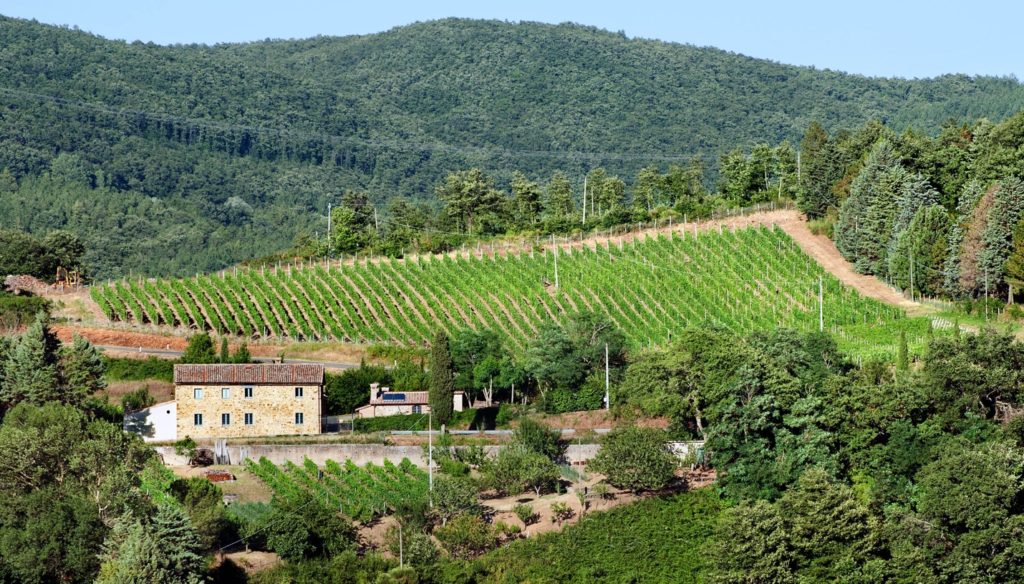 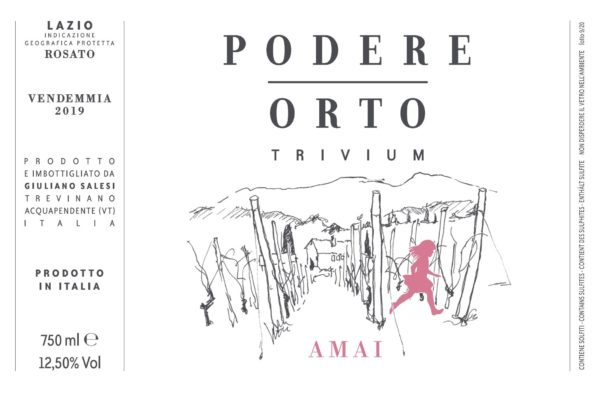 Organic, Biodynamic. Procanico, Sangiovese, plus a smattering of multiple other native Lazian red varieties from the Orto vineyards. ‘Amai’ is a different cuvée each vintage, but will always be composed of a blend of red and white grapes native to northern Lazio, taken entirely from the field blend parcels planted by Giuliano himself. The soil types on the Orto parcels are a mix of sand and clay, including soils of marine origin: calcareous and sandstone marl with quartz, at around 600m elevation. Amai 2019 is 75% white and 25% red wine, vinified separately in stainless steel tanks and blended two months before bottling. Unfined, unfiltered, around 20-25 ppm SO2 added before bottling. 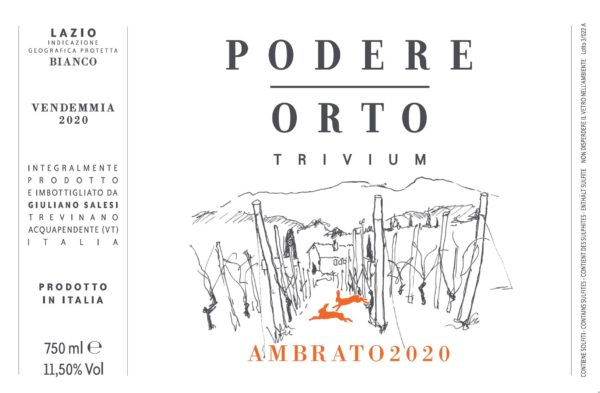 Organic, Biodynamic. Procanico, Moscato Bianco, Roscetto, Verdello, Grechetto, Malvasia Bianca, Greco, Malvasia di Candia. The whites of Podere Orto are always a blend of these northern Lazio native varieties, planted to field blend parcels from selection massale cuttings of old vineyards in the Trevinano area. The grapes are done whole-cluster, with soft pressing, followed by spontaneous ferment in stainless steel without temperature control. Aging on fine lees in tank for around six months, then aged in the bottle for around another six. The soil types on the Orto vineyard parcels are a mix of sand and clay, including soils of marine origin: calcareous and sandstone marl with quartz, at around 600m elevation. Unfined, unfiltered, around 25-30 ppm SO2 added before bottling. 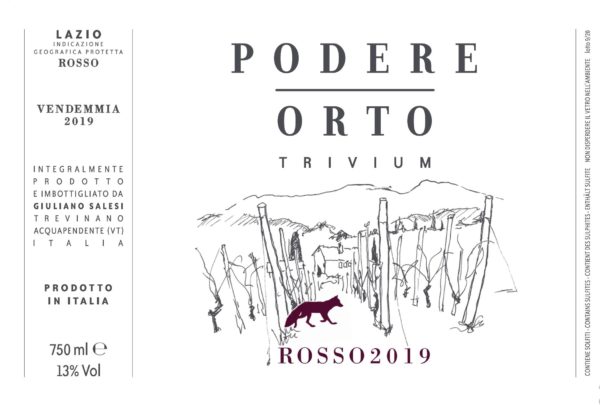 Organic, Biodynamic. 80% Sangiovese, 10% Ciliegiolo, final 10% made up of a field blend of native red varieties including local strains of Colorino and Aleatico. Fermentation for the Orto rosso is always done in fiberglass and demijohns, which Giuliano is convinced is the very best material for red wines of the region. Élevage for the red is always around 18 months in tank, then another 18 months in bottle before release. The soil types on the Orto vineyard parcels are a mix of sand and clay, including soils of marine origin: calcareous and sandstone marl with quartz, at around 600m elevation. Unfined, unfiltered, around 20-25 ppm SO2 added before bottling.