New Champagne vigneron Stéphane Regnault’s story is a colorful one: an aerospace engineer in his early career, he later transitioned to the wine world, working as a sommelier in high-end restaurants in Paris and London. Growing up in the Grand Cru village of Le Mesnil, Stéphane’s family sold all the grapes they farmed to large houses, but after many years of working in different industries, in 2007 he returned to the family home and immediately began to make changes, not least of which was to be the first in his family to produce estate-made wines.

The family’s four hectares of Chardonnay are divided equally between a few highly celebrated chalky terroirs in their home village of Le Mesnil as well as the Grand Cru village of Oger. Regnault took a modern approach to his new wines, identifying three specific lieu-dits to bottle separately: Chemin de Flavigny in Oger, Moulin on the border between Oger and Le Mesnil, and Hautes-Mottes in Le Mesnil.

Given these lauded terroirs, it would be easy for Stéphane to bottle whatever wine he pleases from these sites and not be overly concerned with the health of the vineyards, but Regnault also felt very strongly about ‘bringing life back into the vines’ and began to gradually implement organic farming upon his arrival at the domaine. The property has been certified organic since 2020, and he now uses a number of biodynamic preparations as well: Regnault is interested in practices that decrease sulfur and copper applications in the vineyard and allow for ‘respect of the soil and living things—an ecosystem is a whole of which the vine is only a part!’

Each of Regnault’s three single-parcel cuvées are complex representations of the site, multi-vintage wines on which he builds each year, as in a solera. For instance, his ‘Lydien No. 14’ was one of his first vintages, the 2014. The following cuvée is ‘Lydien No. 29,’ a blend of juice from ’14 + ’15 vintages, and so on. Stéphane is also a passionate jazz saxophone musician, hence the beautiful labels: visual representations of different modes in improvisational jazz that evoke the tone and structure of each wine.

We couldn’t be more pleased to have these wines in our corral—there are few younger growers in Champagne producing wines with this much finesse and overt charm; there’s even less Chardonnay of this pedigree available in the Grand Cru village world; even fewer growers do all of that with healthy, responsible farming. Regnault is pals with our other growers Flavien Nowack and Étienne Calsac; word traveled fast with those producers, and we know it will for these wines, too.

"I want to guide wine without imposing a direction on it." --Stéphane Regnault 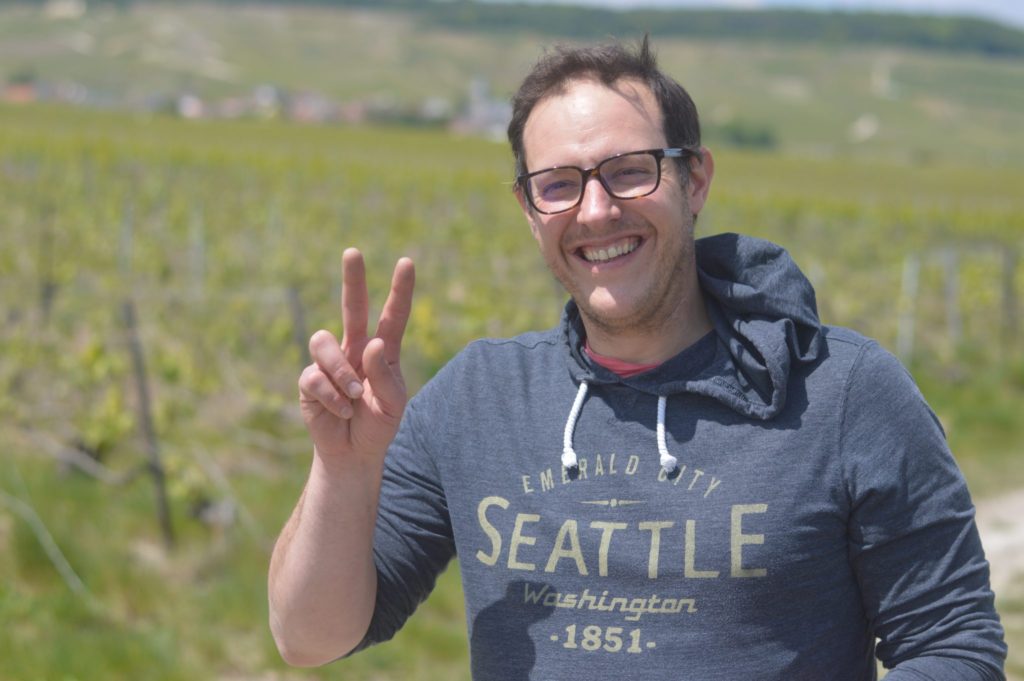 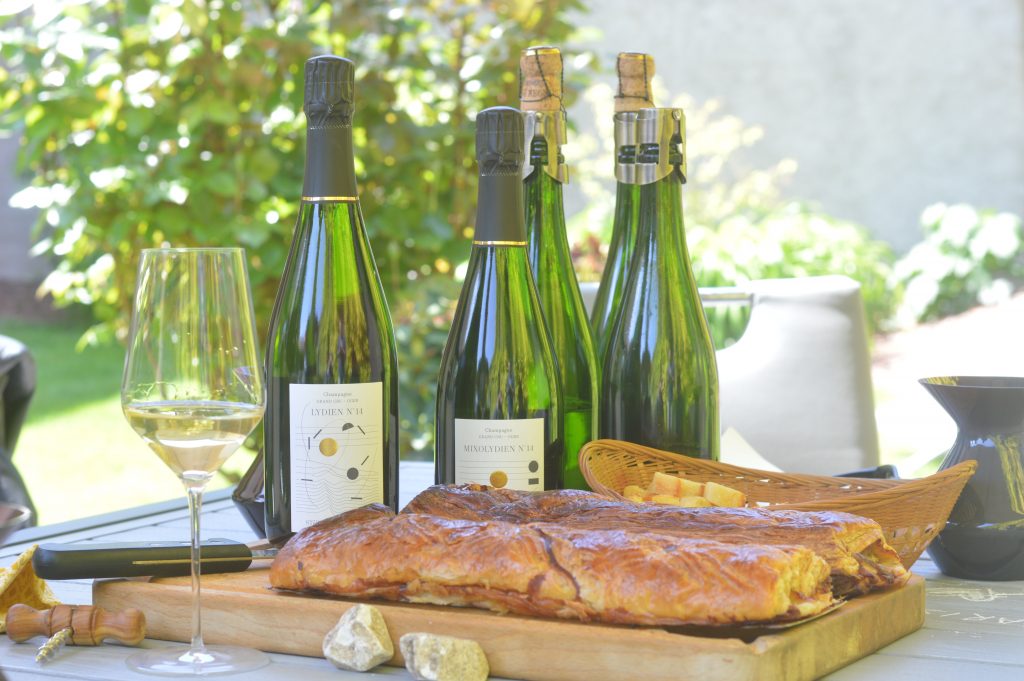 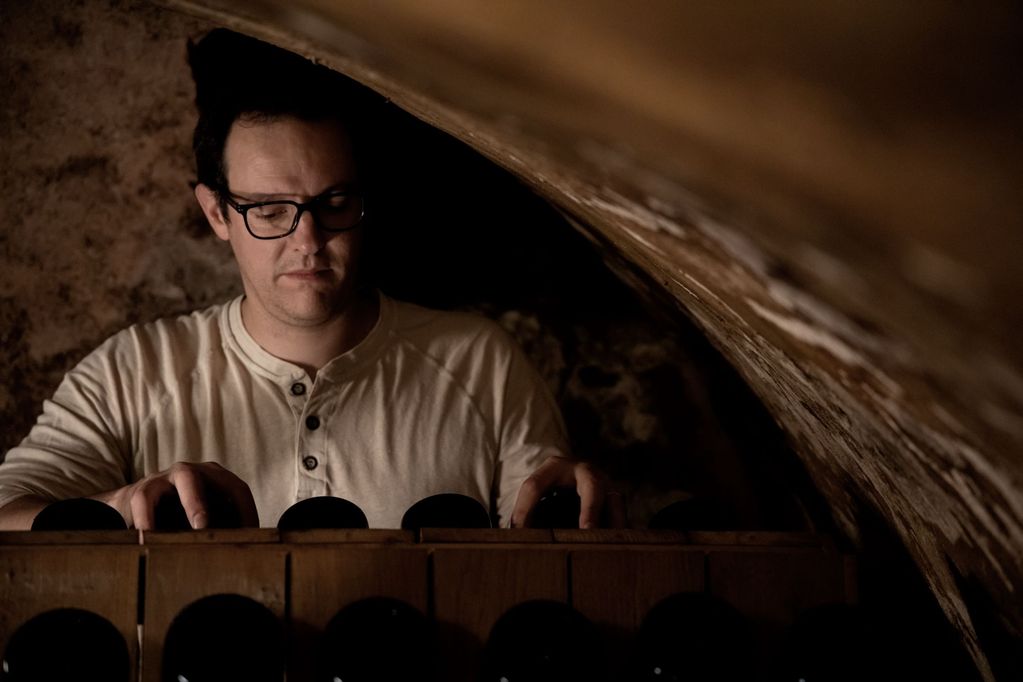 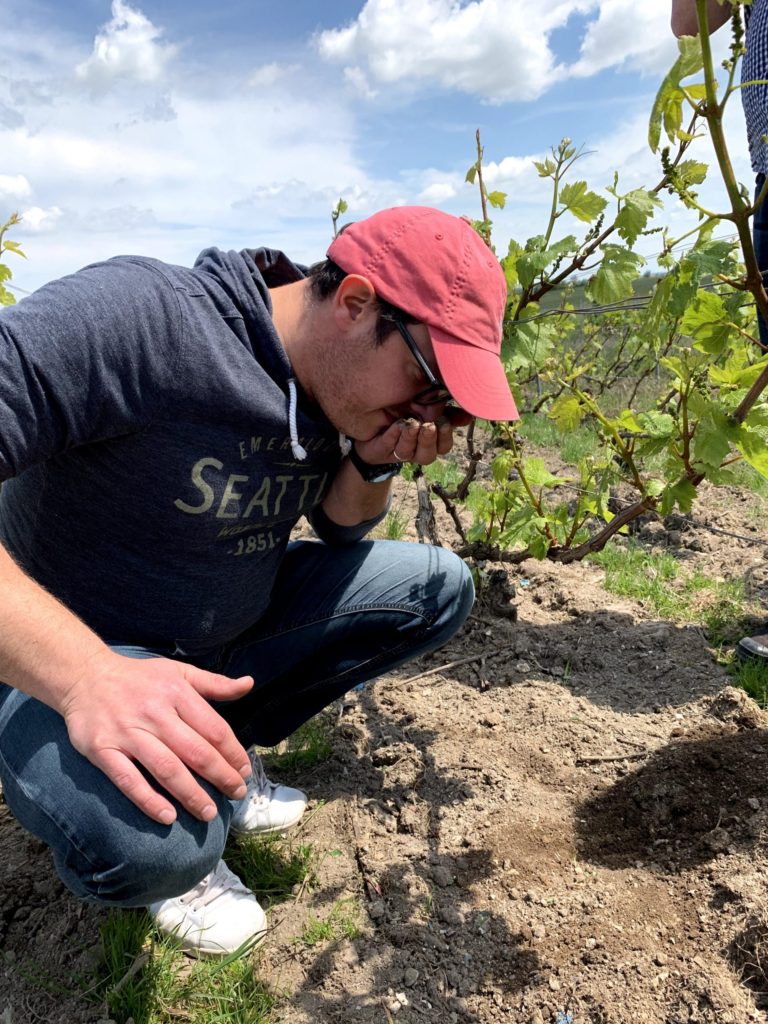 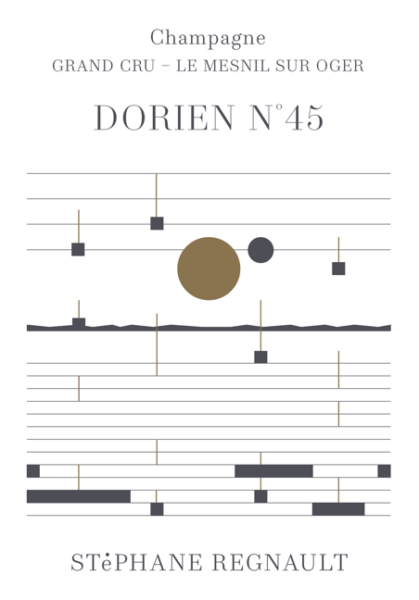 Certified Organic. 100% Chardonnay. Base vintage 2016, with reserve ’15 and ’14 blended. (65% 2016, barrel-fermented; 35% reserve wine). Native fermentation; completes malolactic. Aged on lees three years and eight months. Dosage 1 g/L. Disgorged March 2022. Taken from the single vineyard Hautes-Mottes, which lies on the far side of the railway on the plain south of Le Mesnil. Hautes-Mottes means ‘high mound’ and refers to the unusual veins of chalk that extend into the plain. Southern exposition. ½ of the vineyard planted 1950s; ½ planted 1980s. Work done in the vineyard taking lunar cycle into account; plant decoction used for vineyard treatments. 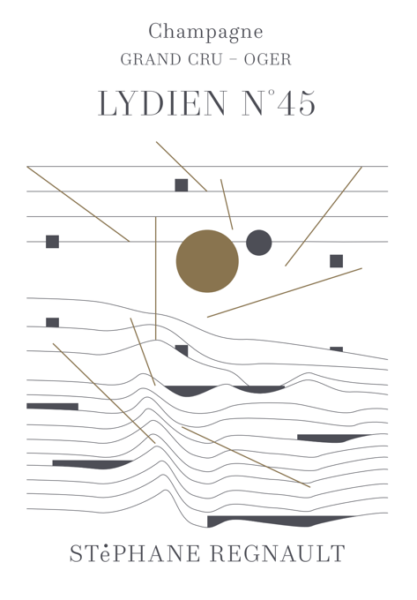 Certified Organic. 100% Chardonnay. Base vintage 2017, with reserve wine 2016, 2015, 2014 blended. (80% 2017 wine, with 20% reserve wine taken from the perpetual Flavigny parcel reserve, started in 2014). Native fermentation, with 2017 fermenting half in foudre and half in stainless steel. Completes malolactic. Aged on lees three years and nine months. Dosage 1 g/L. Disgorged April 2022. Taken from the single vineyard Chemin de Flavigny (Grand Cru), which is characterized by light topsoil with natural grass; a transitional horizon not rich in chalk; and a subsoil lightly fractured with compact chalk. Work done in the vineyard taking lunar cycle into account; plant decoction used for vineyard treatments. 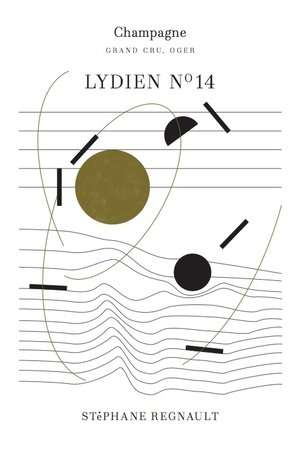 Organic. 100% Chardonnay. The vines are between 35-50 years old and sit on light chalky soils. Hand harvested. Fermentation and aging ⅓ in used barrels, and ⅔ in stainless steel tanks. Malolactic fermentation is neither encouraged or blocked – generally occurs in the barrels, but not in the tanks. Bottling in June. Disgorged after a minimum of 30 months. Approx annual production: 150-180 cs. 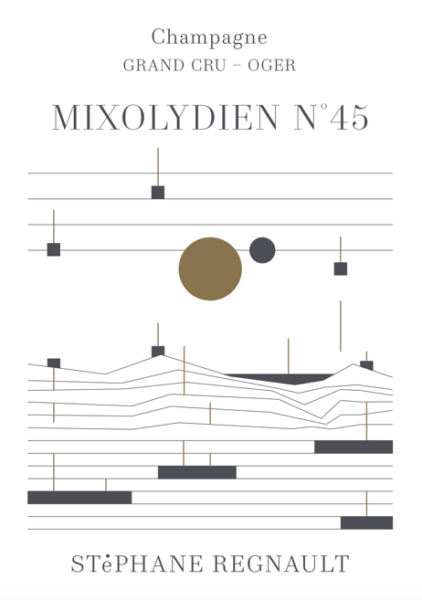