Growing up in Fleurie, Yann Bertrand never thought he would become a winemaker. He briefly enrolled in commerce at a local university, then traveled around the French Alps for a few years. When applying for local jobs, he noted that he was the son of a vigneron and soon found himself working at wine bars and wine shops, surrounded by passionate wine geeks and artisan winemakers who often came to deliver wine themselves. Tasting wines in a new way, he began to ask himself questions, and eventually decided that the métier of a winemaker would be interesting to him if he pursued it with the same passion as the role models he encountered.

Returning to the Beaujolais, Yann began to learn from the incredible circle of producers that he never knew before – including well known people like Jean Foillard and Yvon Métras, as well as the behind-the-scenes guru Jacques Neauport (the quiet right-hand to the legendary Jules Chauvet). The entire Domaine Les Bertrands encompasses one 7.5 hectare vineyard, mostly in Fleurie, with a bit over the line in Morgon. The vineyard is loaded with ancient vines–the youngest are 30 years old, with the oldest vines at 110 years of age. His parents had been slowly moving in the direction of organic viticulture since taking over the family domaine in 1992; in 2013, the entire vineyard was certified organic. Additionally, Yann took on 1.5 hectare to farm on his own using biodynamic principles and created two new cuvées d’exception made in the neo-Beaujolais style of his well-known neighbors.

“With incredible speed and vision, Yann has given the family domaine a new name and a new direction and set rumors flying around the Beaujolais that he’s *the* young producer to keep an eye on.” — Josh Adler, Paris Wine Company 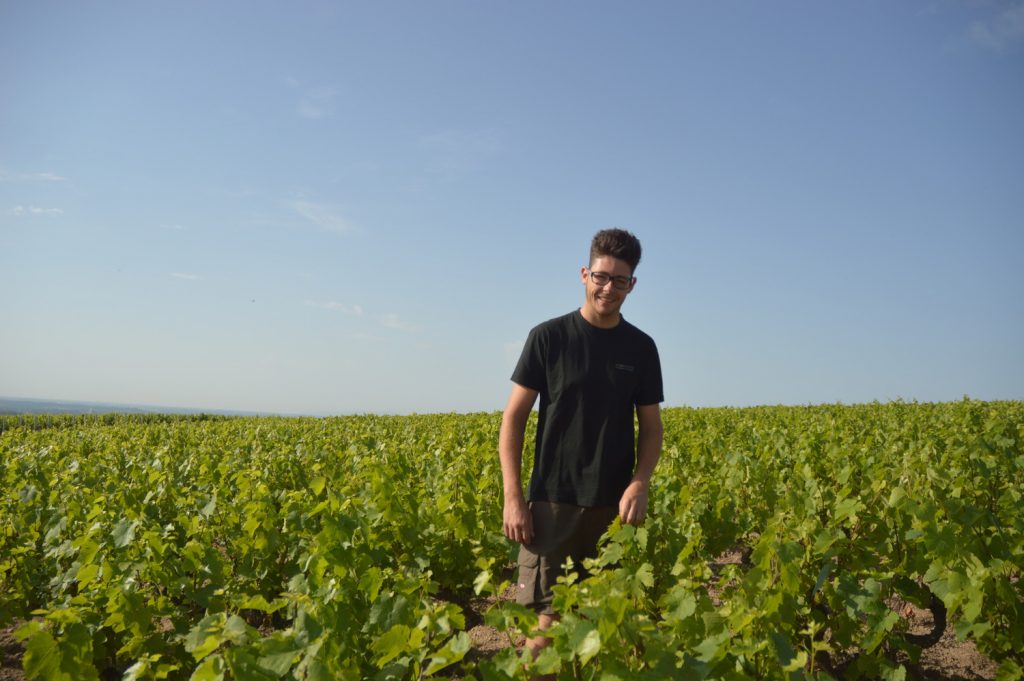 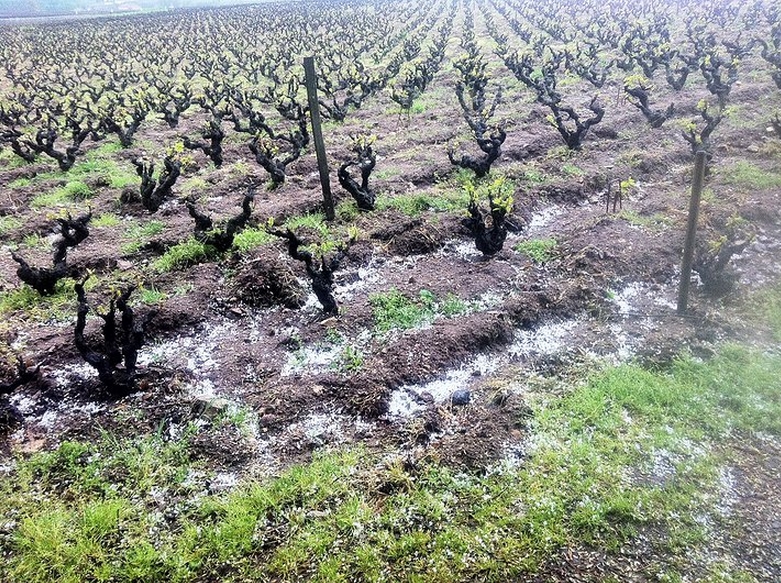 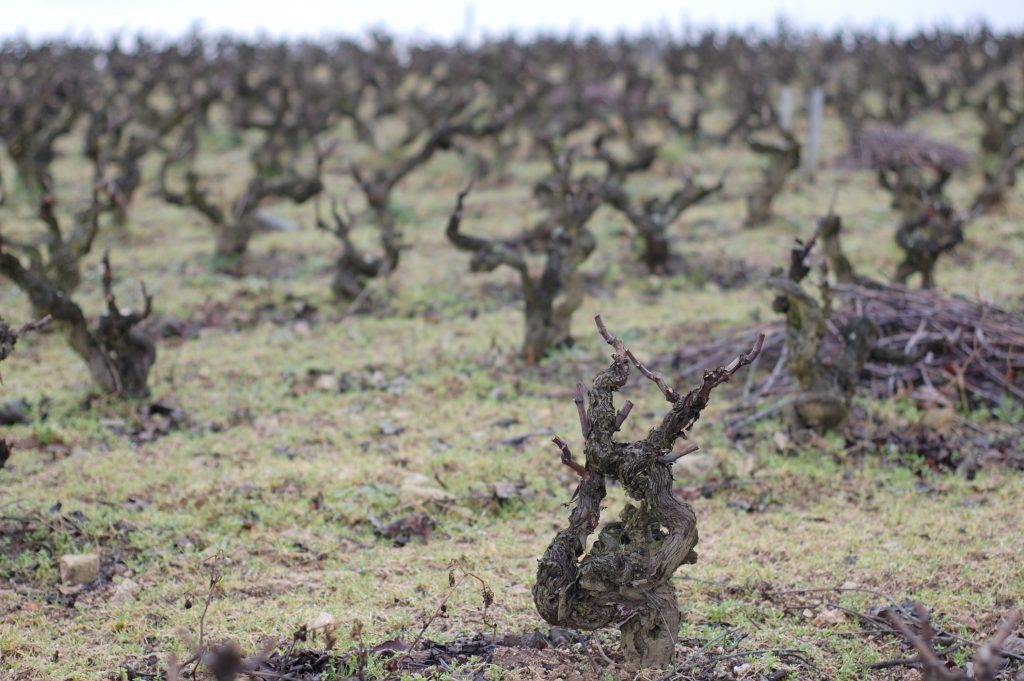 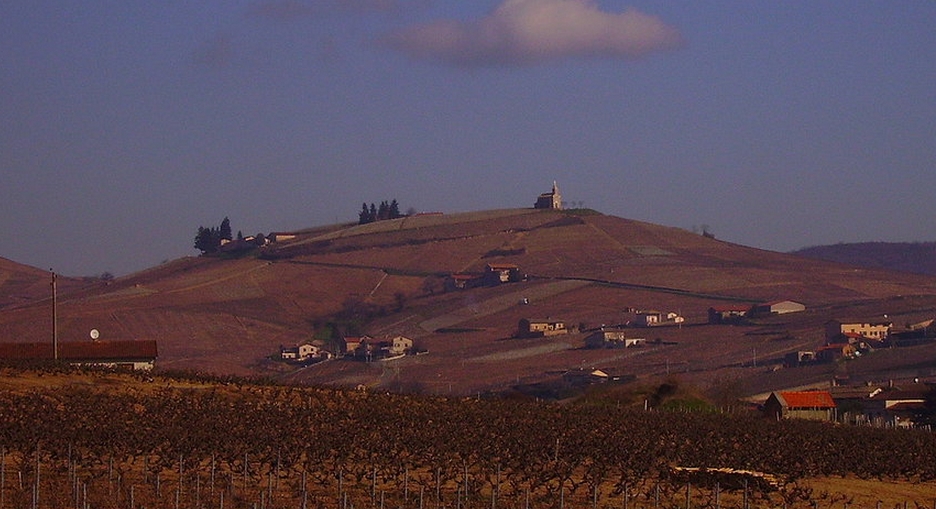 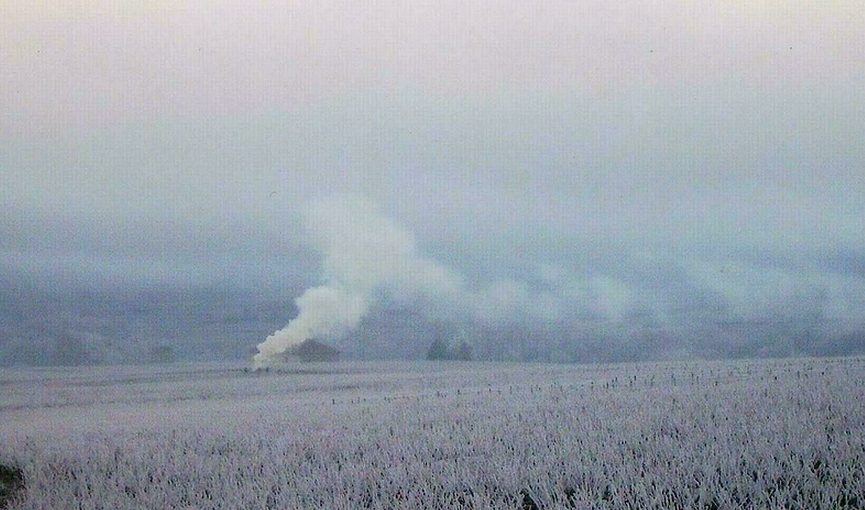 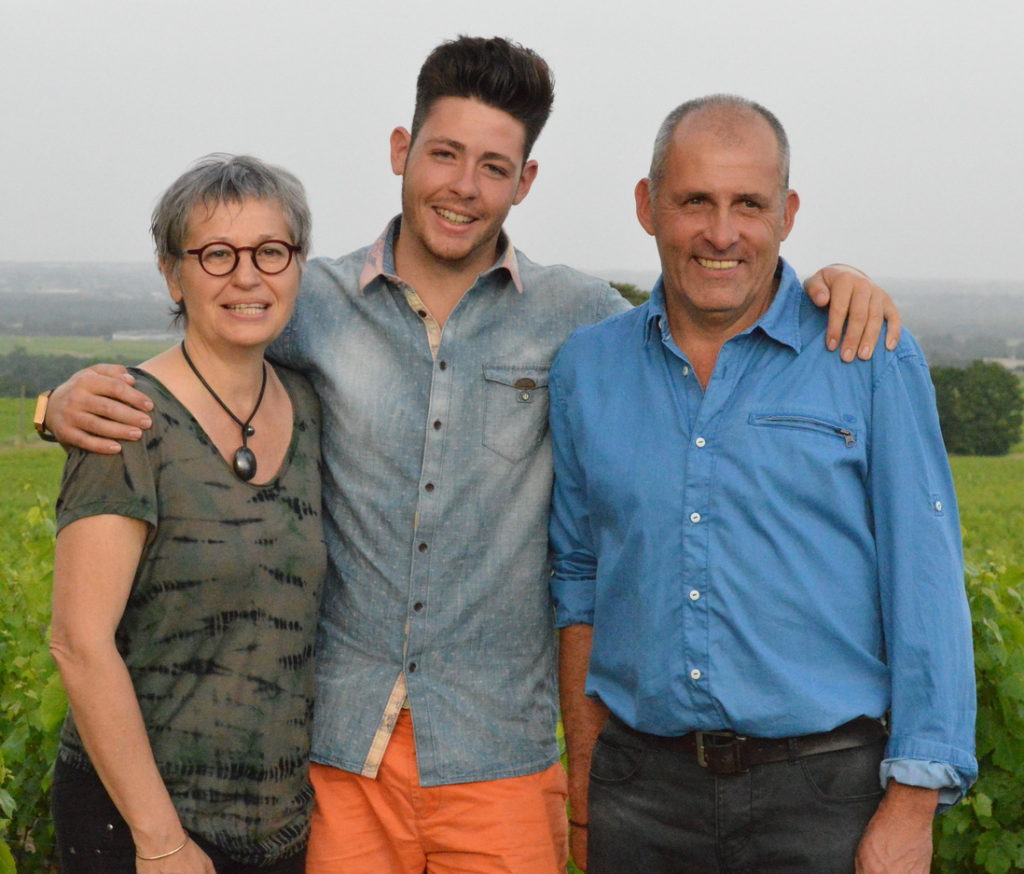 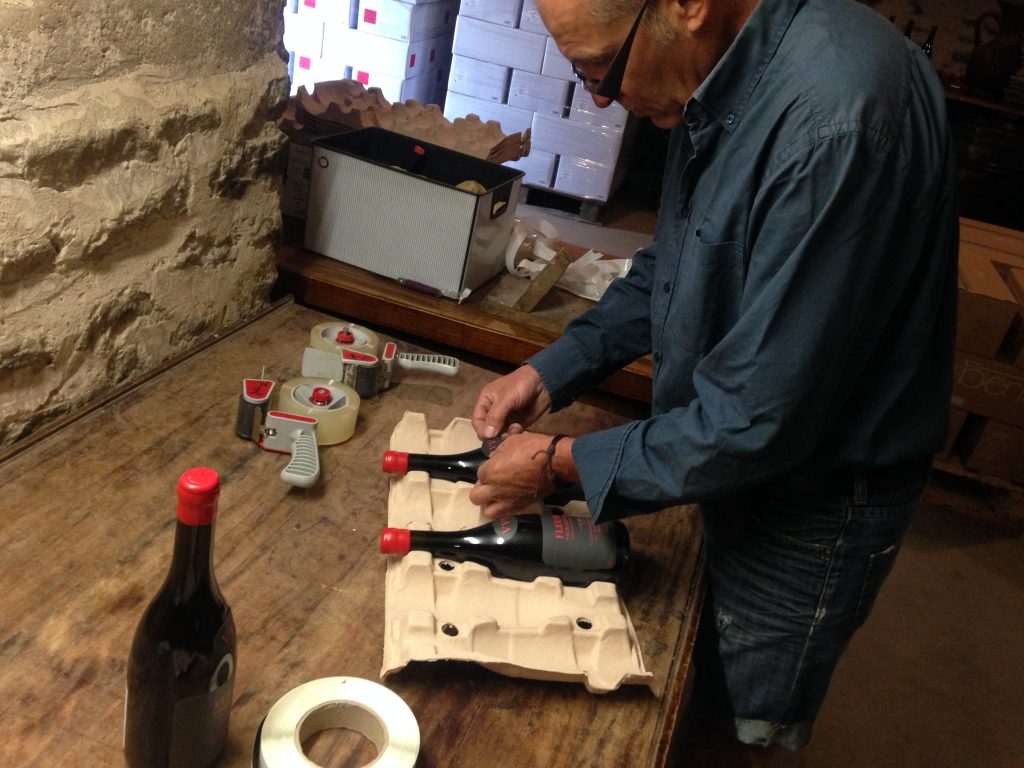 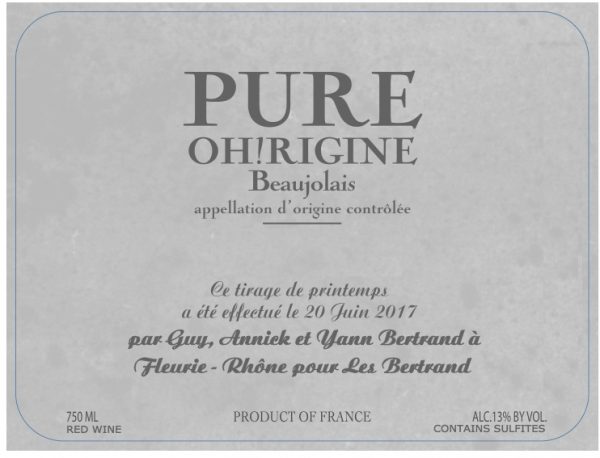 Organic. Parcel: Fond Chatonnes. Size: 0.75 ha. Vine Age: 60 years planted at high density (11k vines/ha). Soil: Granite over clay soil. Cold carbonic maceration between 10-12ºC for 20-25 days. Native yeast, with no sulfur added. 100% concrete tanks. Bottled unfiltered by gravity following the lunar calendar. 5000 btl produced. A retired vigneron in Fleurie offered to rent Yann this parcel after tasting his wines at the local café in the town center and being impressed. He told Yann they reminded him of the wines he drank when he was a young winemaker in Fleurie. The name is inspired from an old Chauvet cuvee. 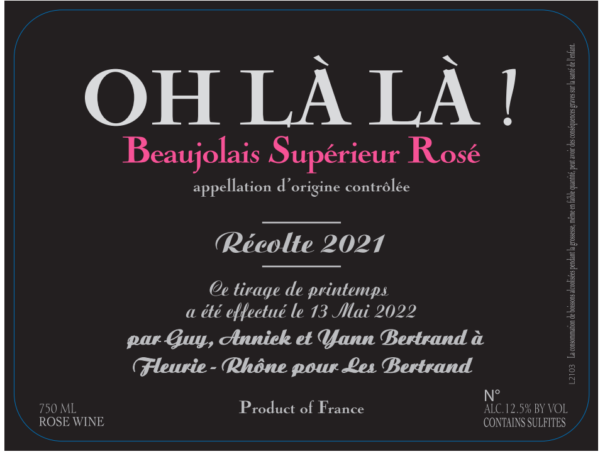 A happy accident deriving from a troubling incident in late summer of 2021: Before leaving for his summer holiday, Yann was expecting about 35hl of Beaujolais Supérieur to go into his regular cuvée ‘Oh!’; upon return, however, the parcel was devastated by mildew, leaving him only with 8hl. Given the tiny quantity, Yann decided to experiment with a rosé for the first time. Direct press, half in fiberglass, half in used barrels. 1.5g/l SO2 added (the highest of any wine in 2021 at the domaine). This wine is so good it’s gleeful. 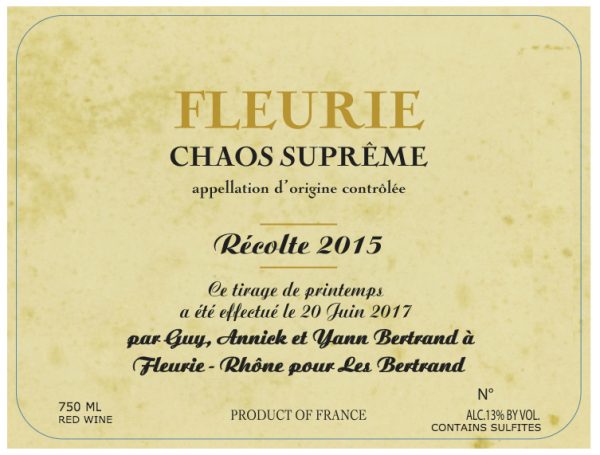 Biodynamic. Parcel: Grand Pré. Size: 7 ha. Vine Age: 60-110 years. Soil: Pink granitic sands. Hand harvested in small bins with rigorous sorting in the vineyard. Cold carbonic maceration at 10-12ºC (50-54ºF). Native yeast with no sulfur added. 1 demi-muid of 500 L and 3 barrels of 300L. Racked by gravity. Bottled unfiltered by gravity following the lunar calendar. 860 mags produced. Two hailstorms in May 2016 wiped out over 85% of the harvest in Grand Pré. All of the remaining grapes from the domaine were blended together and bottled as Chaos Supreme, bottled only in magnum and produced only in 2016. 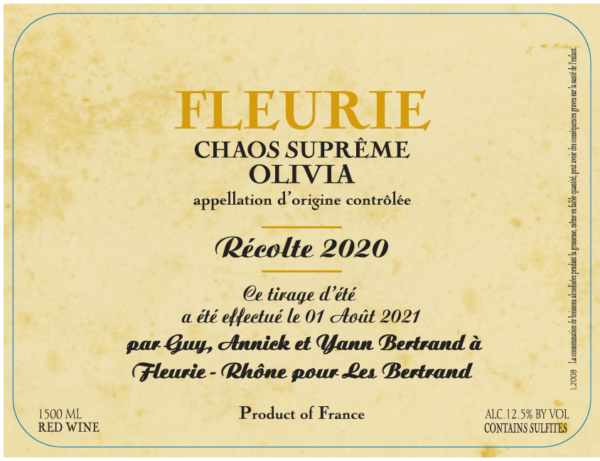 A special bottling to celebrate the birth of Yann’s daughter Olivia in this vintage. Taken from a total of 2ha from two parcels on decomposed sand and granite; vines are 45-75 years of age. Cold carbonic; eight months of élevage in a mix of neutral barrels; racking, blending, and bottling all done in concert with the lunar cycle (as are the rest of the wines at the domaine). 10+ months of bottle age before release, no SO2 added. Deep, darker, perhaps as close to majestic as Yann’s wines can come. 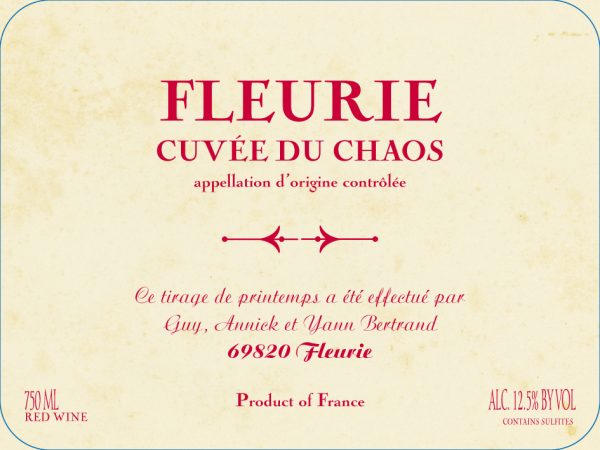 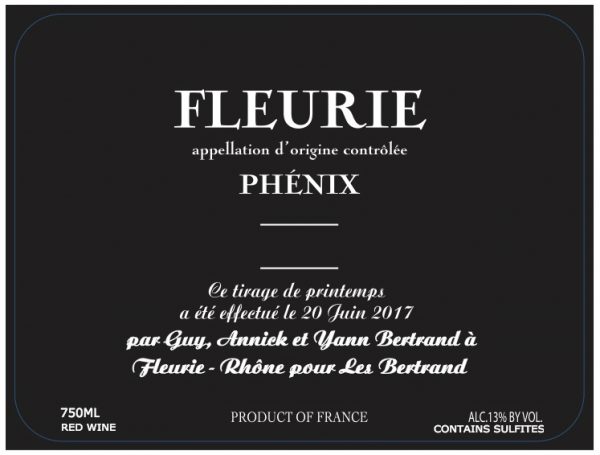 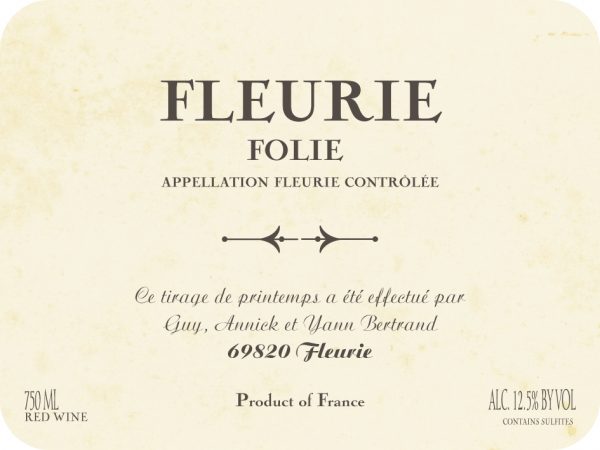 100% Gamay from 30-60 year old vines grown on granitic sand. Organic farming. Traditional semi-carbonic maceration with native yeast and without SO2 for 10-15 days. 7-9 month aging ⅓ in 500 liter used demi-muids, and ⅔ in tank. 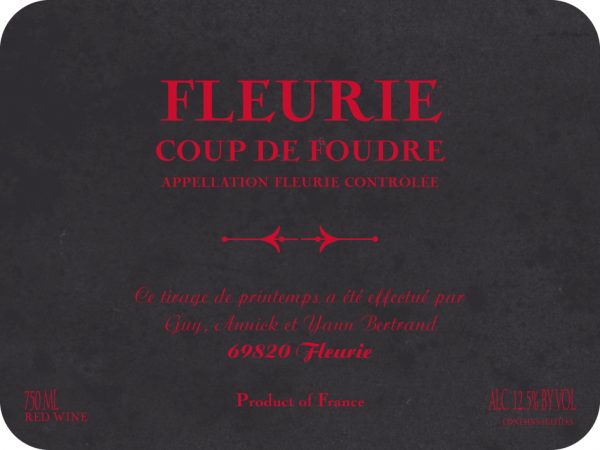 Certified organic. 100% Gamay from a 2 hectare plot of 60+ year old vines grown in pink granite sand soils – called Arene Granitique. Carbonic maceration with native yeast and no SO2 or other additions for 17-20 days. 12+ month ageing in used 225-liter barrels (at least 4 years old). Racked and bottled by gravity. Zero sulfur and no fining or filtering. 250 cs produced. 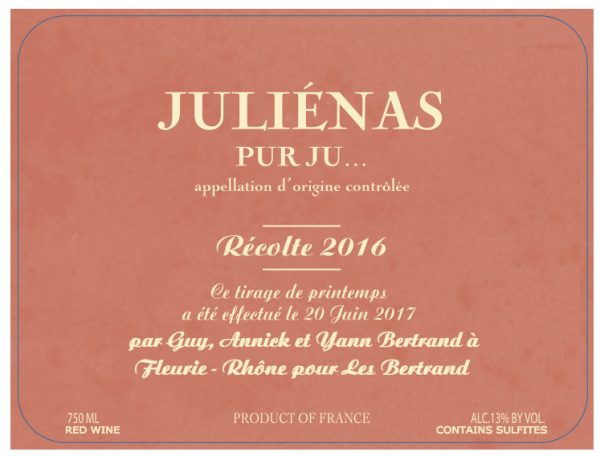 Organic. Parcel: En Riziere. Size: 2 ha. Vine Age: Average 60 year-old vines. Soil: Roche is a local term for this particular white and crumbly terroir of fossilized granite, schist and other oxidized minerals. Hand harvested in small bins with rigorous sorting in the vineyard. Cold carbonic maceration at 10-12ºC (50-54ºF). Native yeast with no sulfur added. 7-9 months in very old barrels and demi-muids, minimum 10 years old from both red and white wines. 30 % in demi-muids and 70 % in 225 L barrels for a duration of 7-9 months. Racked by gravity. Bottled unfiltered by gravity following the lunar calendar. 5000 btl produced. Juliénas is the furthest north cru of the Beaujolais, and has a unique terroir from the better known crus to the South, Yann was inspired to produce Juliénas because the terroir is rather unknown and also because he forged a relationship with a passionate grower of grapes in the village. 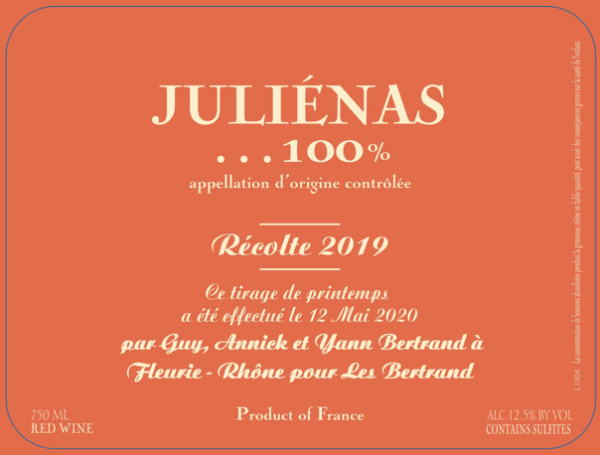 From the farthest-north cru in Beaujolais, which piqued Yann’s interest, as it’s a very different terroir from his own—sandstone, schist, and white clay soils, plus 10% Chardonnay from the same vineyard, co-fermented! Cold carbo, 7-9 months in old barrel and demi-muids, no SO2 added. Lavender-driven, perfumed, lifted – a worthy expression of a different site. 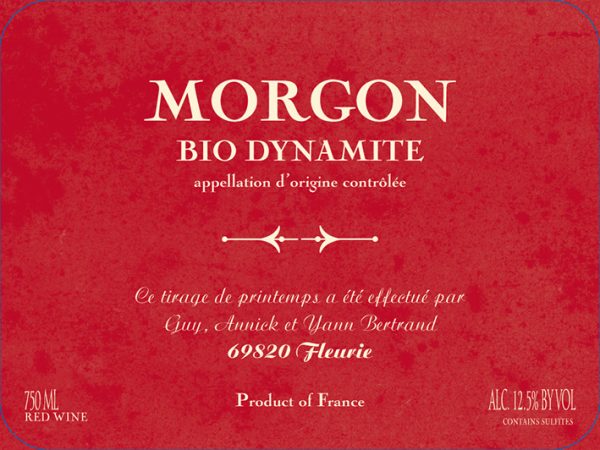 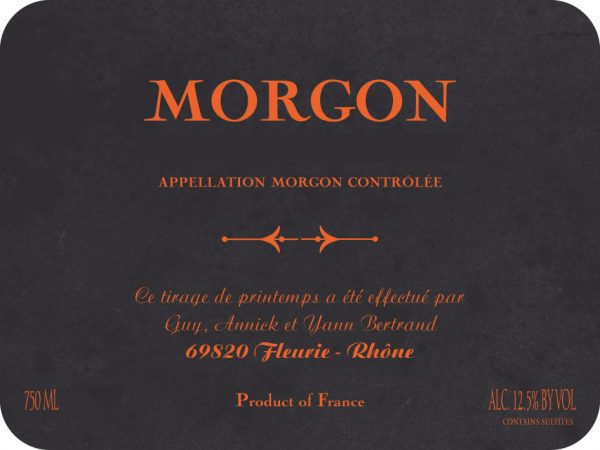 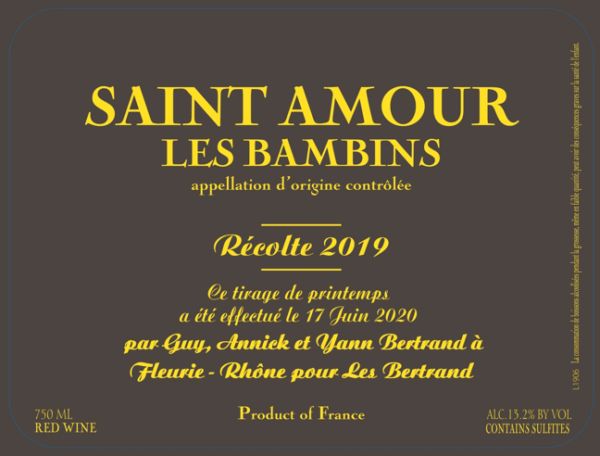 From the single vineyard ‘La Côte de Besset,’ 40 and 70 year-old bush-trained vines. The blue stones from mica schist and sandstone scree in this parcel lend this particular bottle a robust and spicy dimension. Cold carbo, 7 months in old barrel, .5g SO2 added at bottling. A charming wine, more of the huntsman side of Gamay.