From a region that technically does not yet exist—Gredos—the world is beginning to see more and more wines of uncommon grace and verve. It’s an informal, colloquially-imagined appellation that contains corners of Castilla y León, Mentrida and Vinos de Madrid. Here, vines are under the sway of the Sierra de Gredos mountain range; high-altitude, slate and granite soils, seemingly endless variation in microclimate, and a rich patrimony of extremely old-vine Garnacha—all this is the core of what we talk about when we talk about Gredos.

Enter Bodegas Vettones, a new, tiny project in Gredos from grower Javier Carvajal (and the superstar winemaker Daniel Ramos), on a vineyard planted in 1925 in the Valle del Alberche, in the vicinity of El Tiemblo. Javi’s east-facing vineyard, on slate bedrock at 930m, has been tended naturally from the beginning—it was in his wife’s family before he began to work there in 2016; the vines have been farmed organically by that family for generations. As to what “tended naturally” means for Javi, as a reference point, the only thing sprayed on the vines is goat milk to combat mildew. Vineyard work is, of course, manual. The sole hint of modernity on site is Javi’s 4×4, nicknamed “The Donkey:” a tribute to his grandfather (and, presumably, his donkey).

This Garnacha ‘Manliana’ undergoes 19 days of maceration, is lightly pressed and put into a 500L barrel, left there to complete malolactic and mature for one year. No additions or stabilizers are used at all save a touch of sulfur before bottling. The resulting wine is robust but principled: a clear picture of high-altitude Garnacha on slate. There’s spine on the variety’s ruddy fruit, with a relationship to Provence or Tuscany in its herbal notes, the garrigue in this part of the world: pine, rosemary, chestnut, rose. It’s a great reminder that ripeness and alcohol aren’t necessarily the enemy: opacity, flabbiness, a lack of nerve are. Acidity, minerality, all of it hangs together in the balance, in this exciting first peek into wines with origin in another time.

"Minerality is like money: those who don't have it don't speak about it." --Javi Carvajal 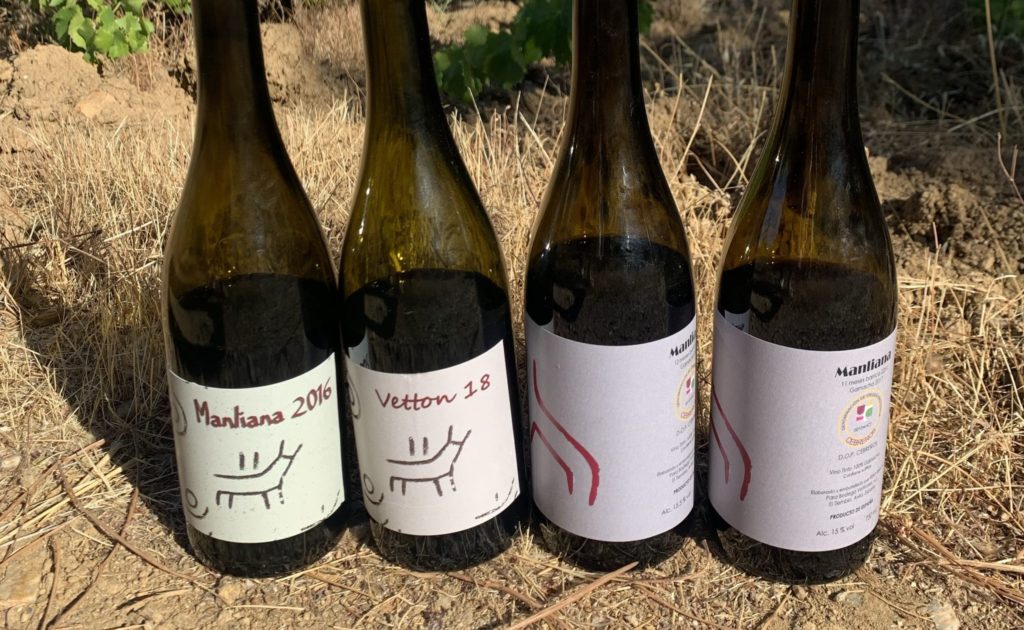 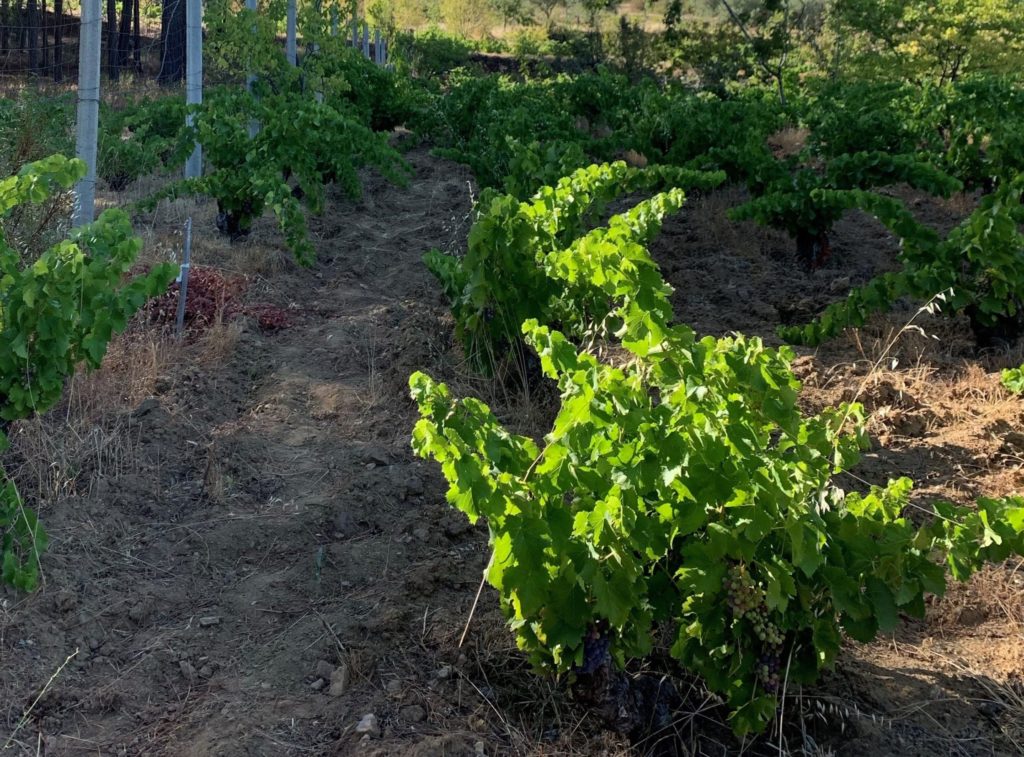 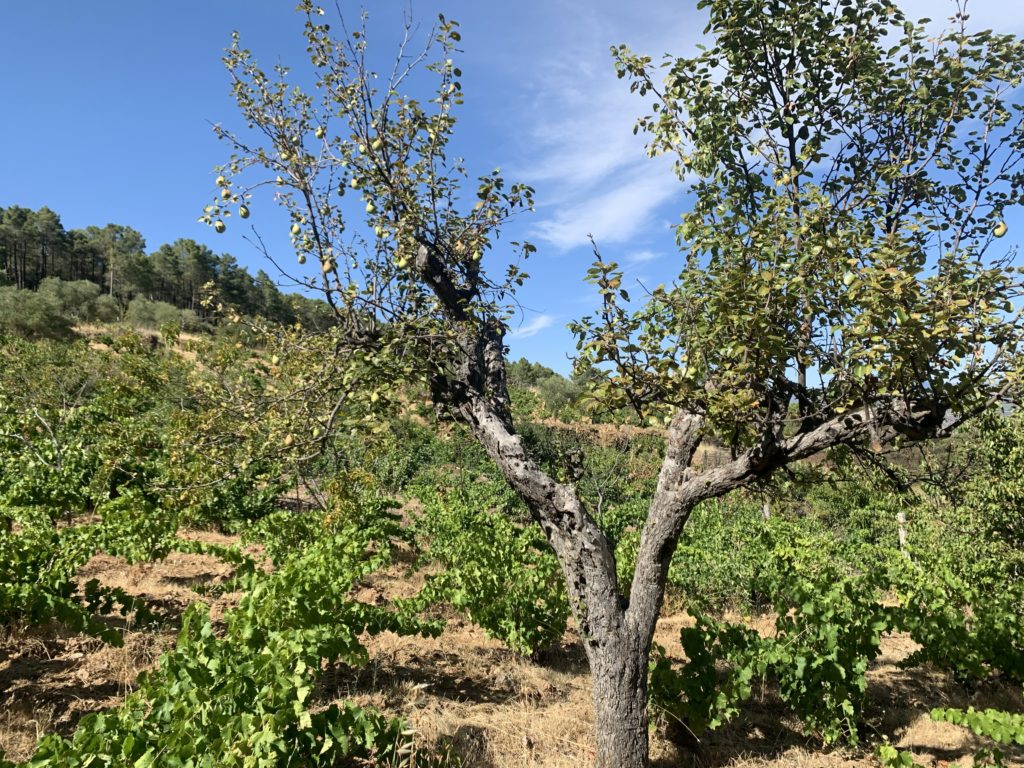