Flat Brim Wines is an urban winery in Portland, Oregon.  The philosophy is “Soif, American Style”. Utilizing minimal intervention techniques and working with sustainable vineyards, they produce enjoyably bright wines to share with friends at dinner parties, on rooftops or front porches.

Ian Atkins got into wine through owning a restaurant.  He and his wife lived in El Paso for 10 years prior to moving to Portland.  Ian started his adult life in the Army and was stationed in El Paso.  When he went overseas for over a year his wife and her brother decided to open a restaurant and by the time his initial service was up the restaurant had become fairly successful.  Ian then left the Army and went into business with his wife and they eventually opened two more restaurants and he started to learn about wine. After learning the methods utilized by some of his favorite wineries like Salinia, Breton and Ridge, he knew I wanted to make wine and decoded to relocate.

They decided on Portland because it sits in the middle of so many amazing wine regions and this choice has ultimately been the right one. They source fruit from sustainable vineyards in Eastern Washington’s Columbia Valley, the breathtaking Columbia Gorge, the world renowned Willamette Valley and the hidden gem that is Southern Oregon. 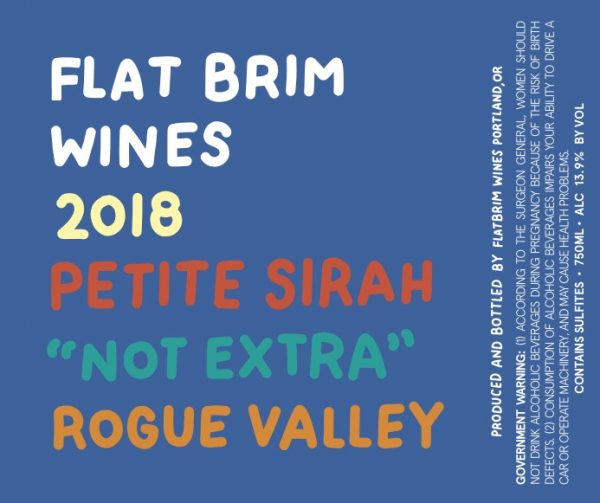 Sustainable. 100% Petite Sirah. ‘Vin de Soif” style of Petit Sirah from southern Oregon. The vines on own roots and planted about 50 miles north of the California border in the Bear Creek AVA. Well-drained sandy loam soils. 50% of the fruit was fermented with Carbonic maceration, and the other half was fermented whole cluster and all vessels were pressed after 10 days. Aged in neutral French oak for 10 months. Less than 40ppm SO2 used at bottling. 270 cases produced. 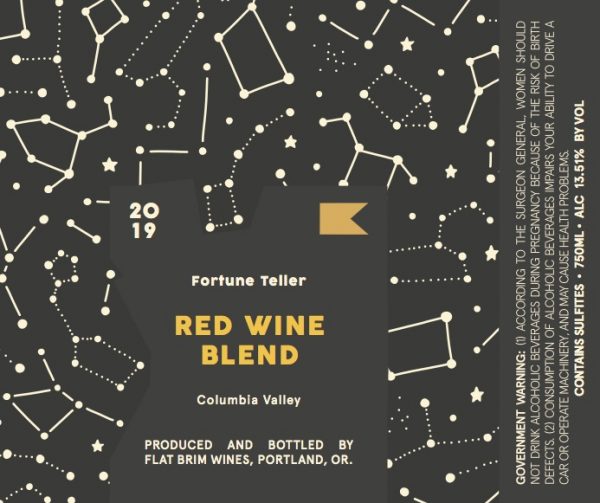 Sustainable. 70% Pinot Meunier, 30% Pinot Gris. A fun chillable red blend from different sites along the Columbia River. Pinot Meunier comes from a site between the Yakima River and the Columbia best known for hops. This geography produces great floral perfume notes in the wine. Pinot Gris is from the Rattlesnake Hills in a vineyard undergoing LIVE certification planted in the mid 1980s. The Pinot Gris grapes undergo a 14 day carbonic maceration and are pressed into egg shaped poly vessels to complete fermentation. Meunier is open top fermented whole cluster for 14 days with light daily foot treading. Blended and bottled without fining or filtration. 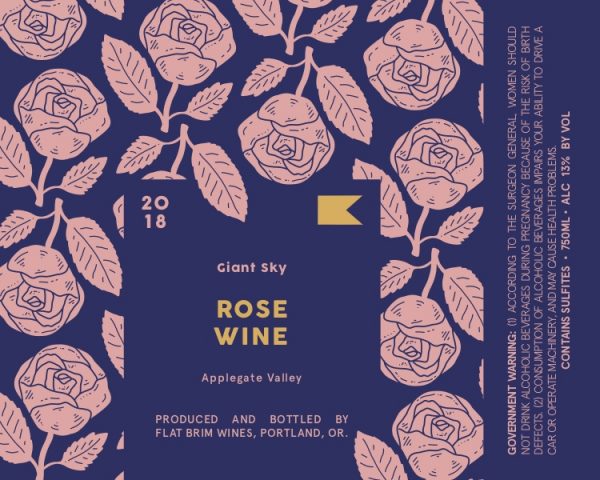 Certified Sustainable (LIVE). 80% Primitivo, 20% Zinfandel. Sourced from Oregon’s Applegate Valley from vineyards that produce fruit with abundant acidity and juicy ripe flavors. The Zinfandel is from the Connor Vineyard and the Primitivo is from the Hodge Vineyard. In order to give the Giant Sky more depth and character they decided to give the Zinfandel a 7 day Carbonic Maceration and direct press the Primitivo. Spontaneous fermentation for both, The two lots are then blended into stainless and aged on the lees for 4 months. 350 cases produced.