Founded in 2009 by husband and wife team Chris and Sarah Pittinger, Gros Ventre Cellars has been over 20 years in the making. After college, Chris spent several years tasting and selling mostly European wines in shops and restaurants as a sommelier, which shaped his palate and lead him towards wine production. Starting in 2003, he began working at several notable wineries including Torbreck, Williams-Selyem, and Marcassin. Chris is also the full-time winemaker for Skinner Vineyards, one of the Sierra Nevada Foothill’s most notable estates. Through his work both at Skinner and Gros Ventre, Chris was named one of the San Francisco Chronicle’s 2013 Winemakers to Watch by Jon Bonné.

In the winery, minimal handling and intervention is the goal. The wine’s evolution includes native fermentation, gentle punch downs, no extended maceration, no lees stirring, no additives outside of minimal sulfur and yeast nutrients, and no fining or filtration. Depending on the vintage, the wine typically ages for 11 months on its lees in a maximum of 25% new French oak (with the exception of the First Born cuvee).

Gros Ventre’s production centers around Pinot Noir grown in cool, coastal sites, all of which are farmed by hands-on growers focused on sustainability. Cerise Vineyard is biodynamic, and the others are non-certified organic or sustainable. They prefer sourcing from coastal sites that have the right combination of sea, wind, fog, sun, and soil. Close proximity to the ocean and fog helps keep temperatures mild, alcohols moderate, and acids in balance, while high elevations (700 – 1,100 feet) allow for optimal exposure to sun and wind during the growing season.

“2013 Winemaker to Watch” – Jon Bonné of the San Francisco Chronicle 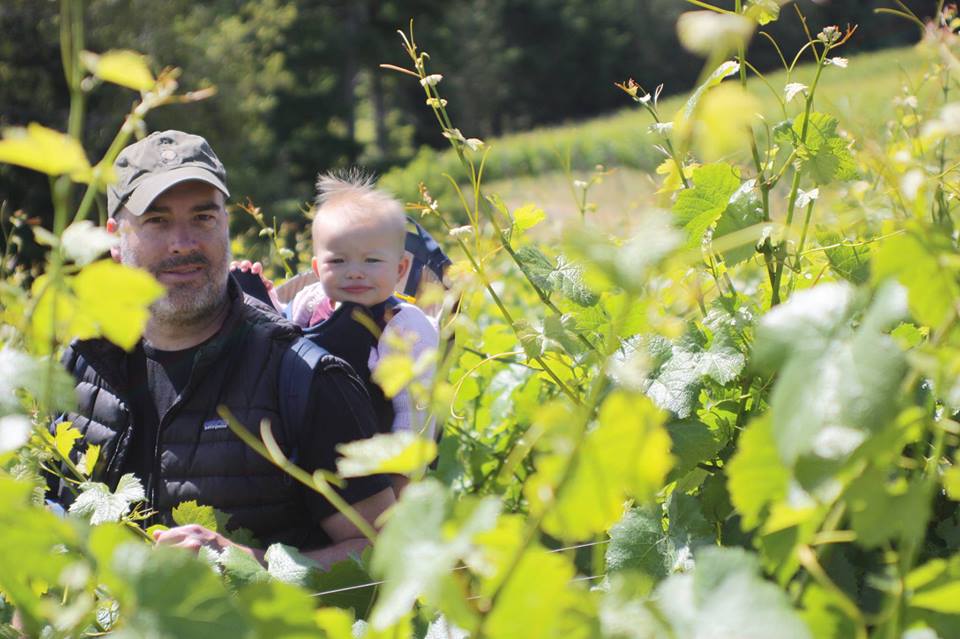 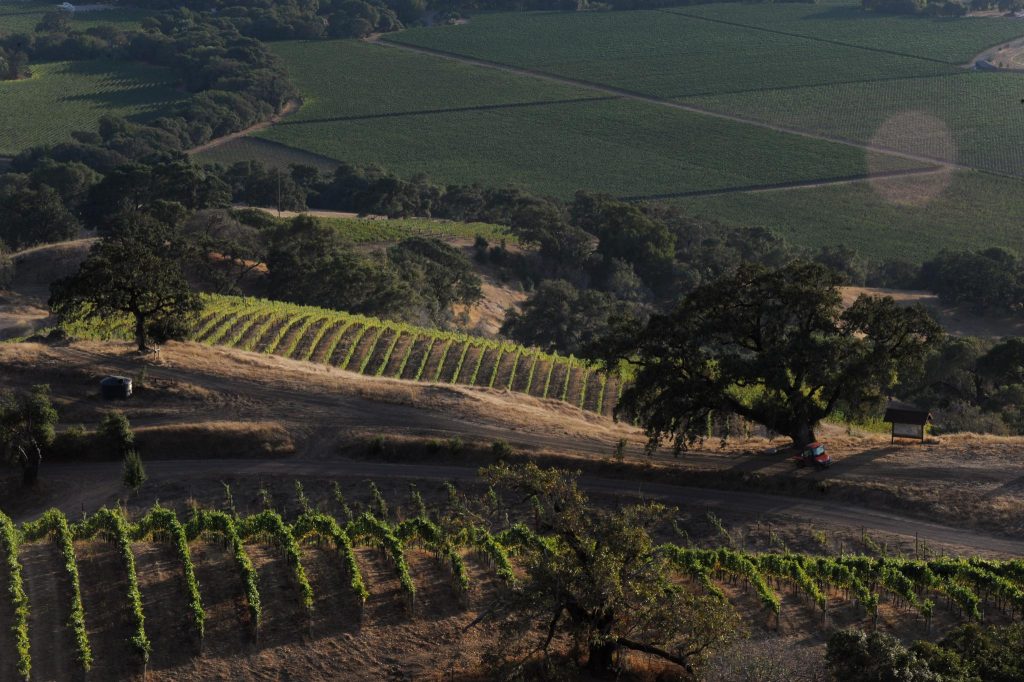 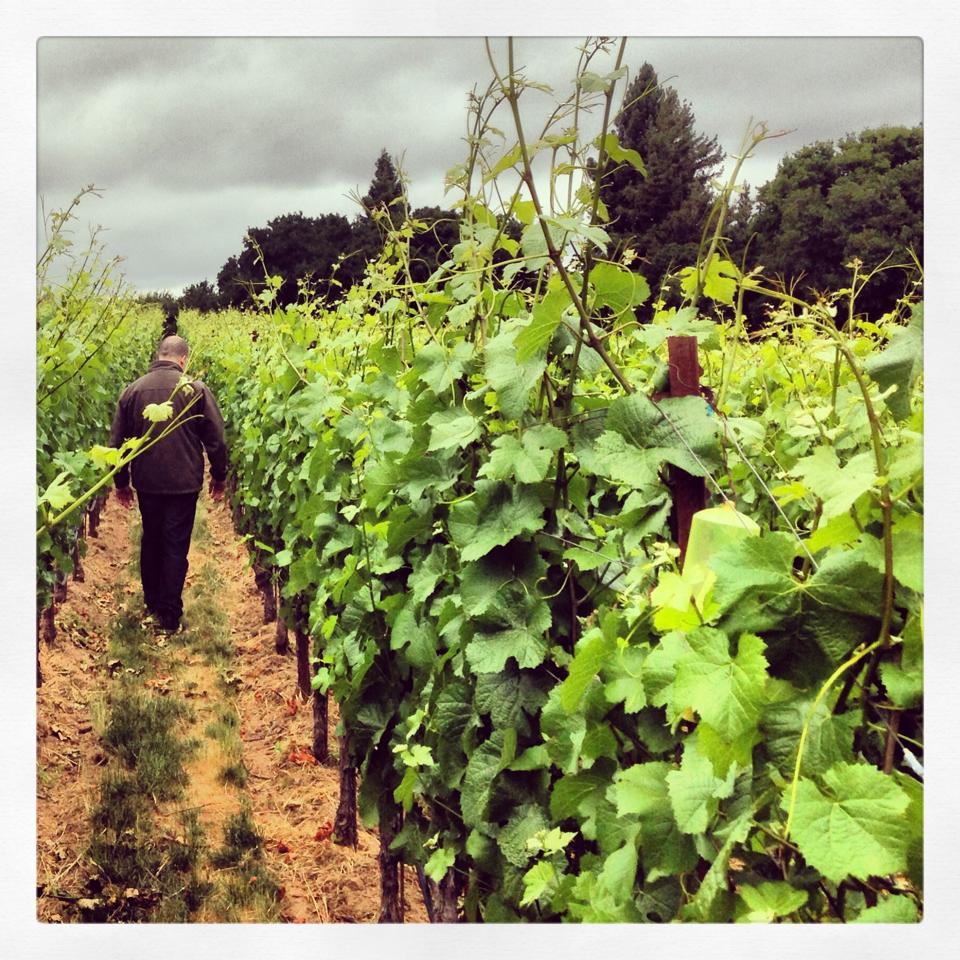 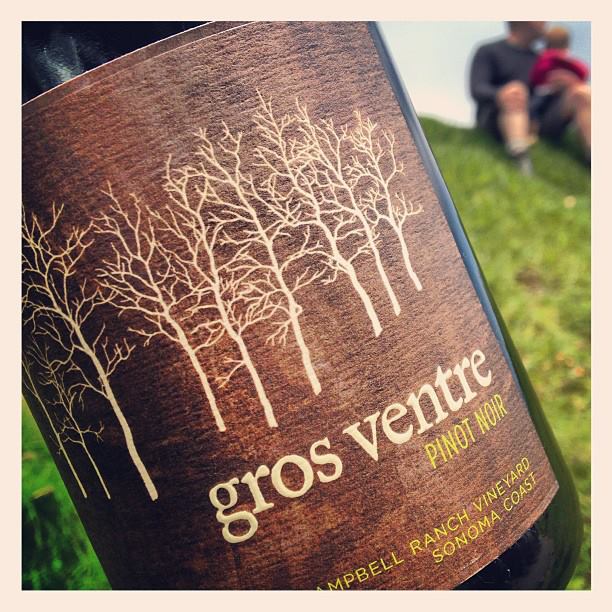 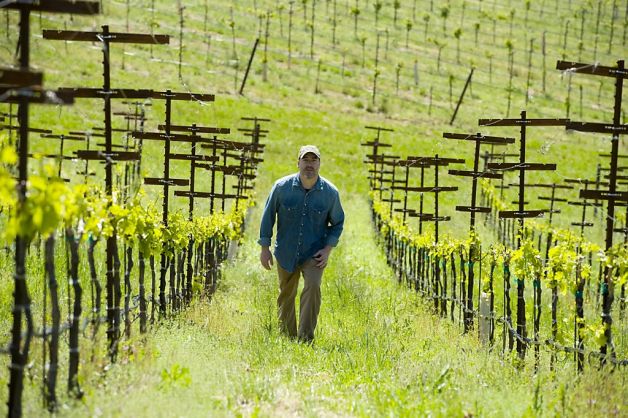 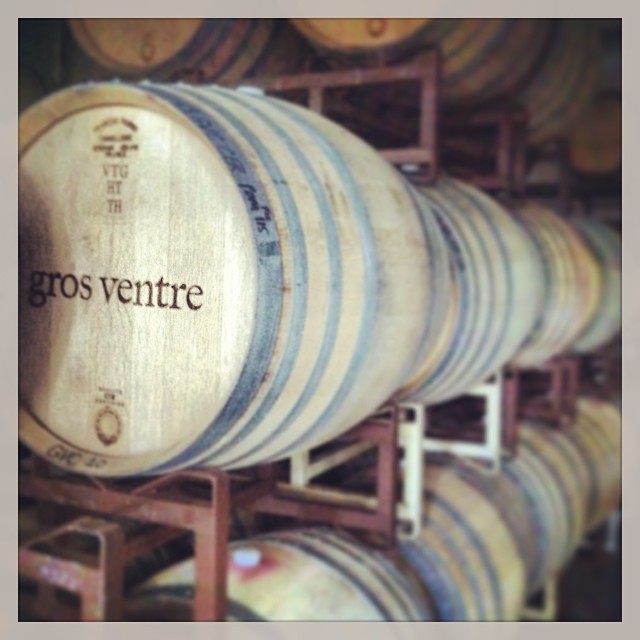 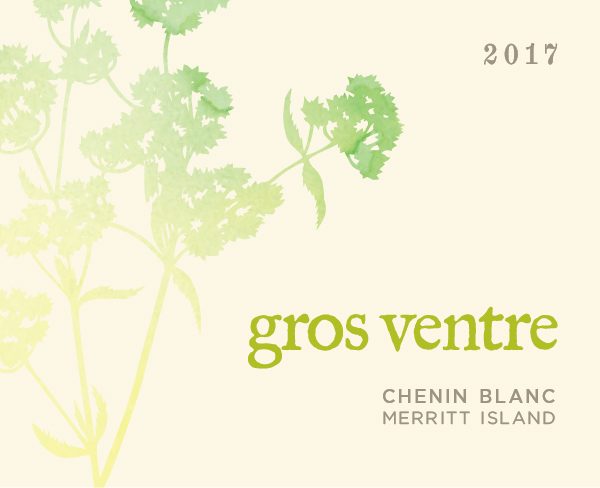 Practicing Organic. 100% Chenin Blanc. Sourced from the Wilson Vineyard, located in the tiny AVA of Merritt Island (part of Clarksburg). The vineyard of 28 acres was planted in 1997 and sits on sandy loam soils at a staggering altitude of 5 feet above sea level. Native yeast in stainless tank to start. Cold ferment in the 55-60 degree range for 21 days. After brix is under 5 degrees, transfer to neutral oak and stainless barrels. 6 months in 75 gallon Stainless Steel barrel and neutral French oak. Wine finishes ML in barrel in most cases. Wine is racked, blended, and bottled after 6 months. 70 cs produced. 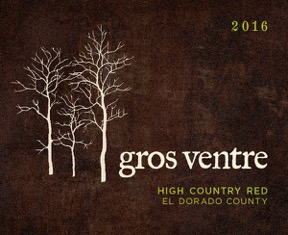 Sustainable. 73% Pinot Noir, 27% Gamay.  Gamay is sourced from Barsotti Vyd in El Dorado AVA and Pinot Noir comes from Cerise Vyd in Anderson Valley and Grande Vyd in El Dorado. Gamay was part destemmed and part whole cluster.  Pinot was destemmed and given a 3 day cold soak.  Native fermentation for both (separate) in stainless steel with very little extraction (only 1 punch down per day) and aged in neutral 225 liter barrels.  This is inspired by the Burgundian tradition of Passetoutgrain where Gamay and Pinot Noir were mixed together to make a highly drinkable, everyday wine. 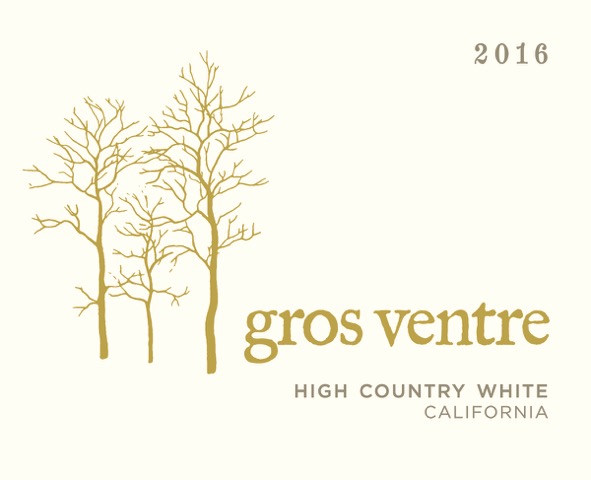 Sustainable. 54% Chenin Blanc, 22% Vermentino, 21% Semillon, 2% Muscat Canelli, 1% Picpoul. Everything except the Chenin (which comes from Clarksburg) is sourced from the Sierra Nevada Foothills. Picked at low brix, hand harvested, and gently pressed. Spontaneous fermentation in stainless steel and aged in neutral oak on the fine lees. Bottled the summer after harvest. 300 cs produced. 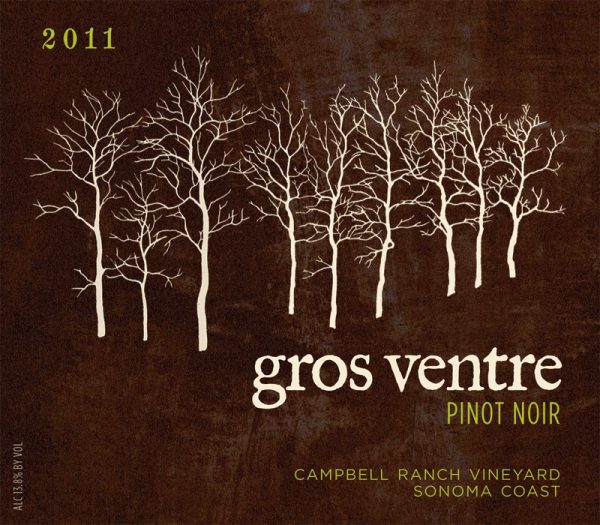 Sustainable. 100% Pinot Noir.  Located on the northernmost edge of the true Sonoma Coast at an altitude of 750 feet- only 3 miles from the Mendocino county line and only 5 miles from the ocean. Vineyard is composed of sandstone soils, Dijon clones, and the farming is done by Ulises Valdez. Native yeast fermentation. Gentle punchdowns & no extended maceration. Aged in 15% new French oak for 11 months . Unfined & unfiltered. 154 cs produced. 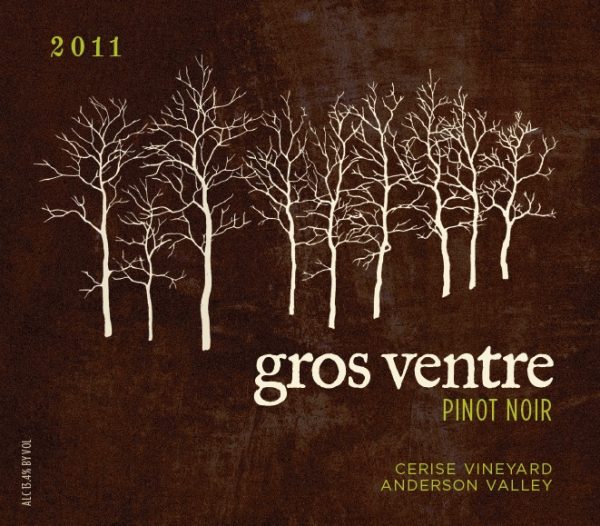 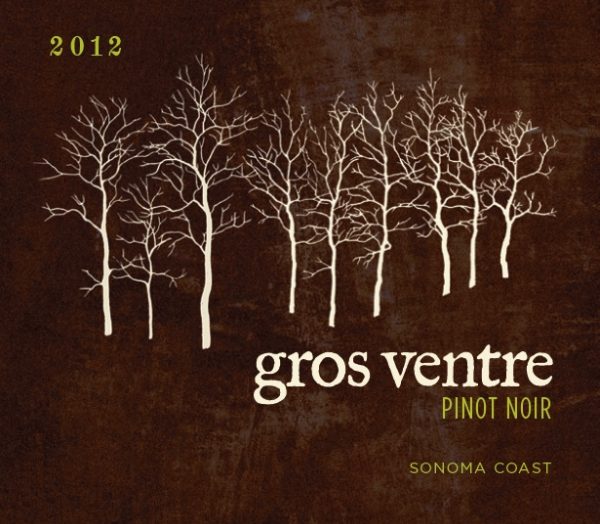 Sustainable. Sourced from three vineyards situated within the West Sonoma Coast (50% Campbell Ranch, 25% Baranoff, 25% Undisclosed). Blend of eight different clones ranging from Heritage selections like Calera and Swan, to Dijon clones such as 777, 459 & 115. It spends 10 months on its lees in French oak barrels prior to being blended and bottled. Gentle punchdowns & no extended maceration. No lees stirring. Minimal SO2 added before bottling. Aged in 8% new French oak for 10 months. Unfined & unfiltered. 282 cs produced. 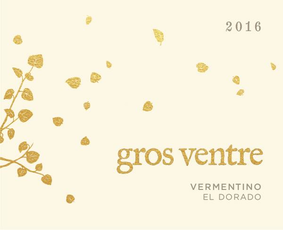 80% Vermentino, 20% Picpoul. Sourced from Barsotti vineyard which sits on granitic soils at an altitude of 2600 feet on the edge of the American River Canyon high in the Sierra Foothills. Grapes are harvested, pressed, and allowed to spontaneously ferment in temp control stainless steel. After fermentation the wine is aged in steel with a portion going into neutral oak. 115 cs produced.