Ferdinando Zanusso founded I Clivi when he returned to Italy after thirty years and three different careers in Africa, including a stint in the United Nation’s World Food Program. His son Mario joined just after its inception and is involved in all aspects of the farm. Together they seek the fullest expression of their highly reputed terroir in Friuli’s esteemed Colli Orientali del Friuli and Collio growing districts.

What distinguishes I Clivi from their peers are their devastatingly low yields, steep terrain, and old vines that range from sixty to eighty years of age. It is not surprising that their soils of calcareous clay, or ponca in local dialect, have been noted for their similarities to Burgundy’s Côte d’Or and organic farming goes without saying for vineyards of this caliber and rigor. All work in the cellar follows similar principles and attention to detail. Hand-harvested bunches are pressed very gently at Champagne levels so to squeeze only the purest must, a philosophy that sets the stage for the superb quality of the finished wines. Using only stainless steel vats for the white wines, the Zanusso’s produce wines of precision and definition without the interference of maceration or prolonged contact with the skin. 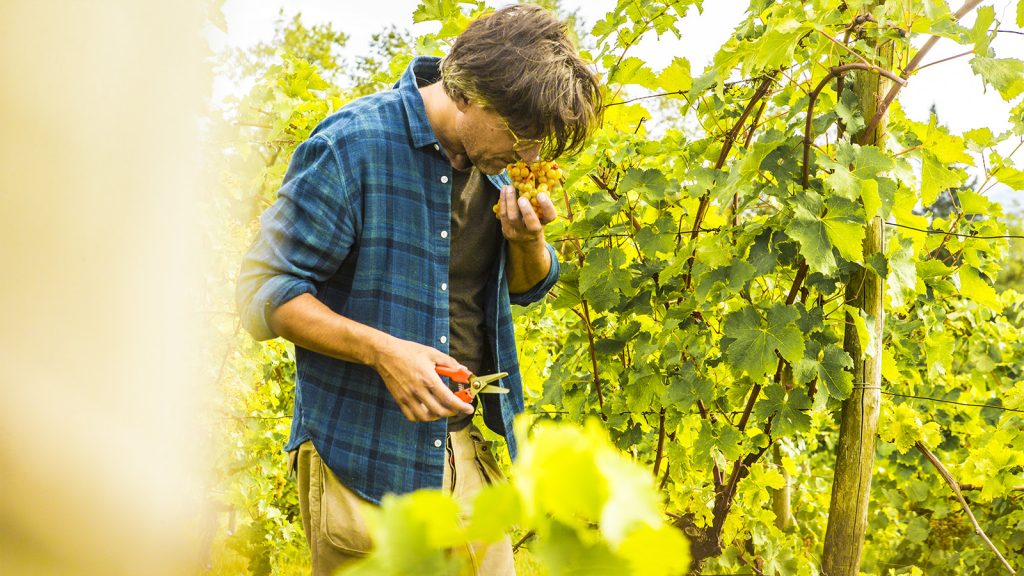 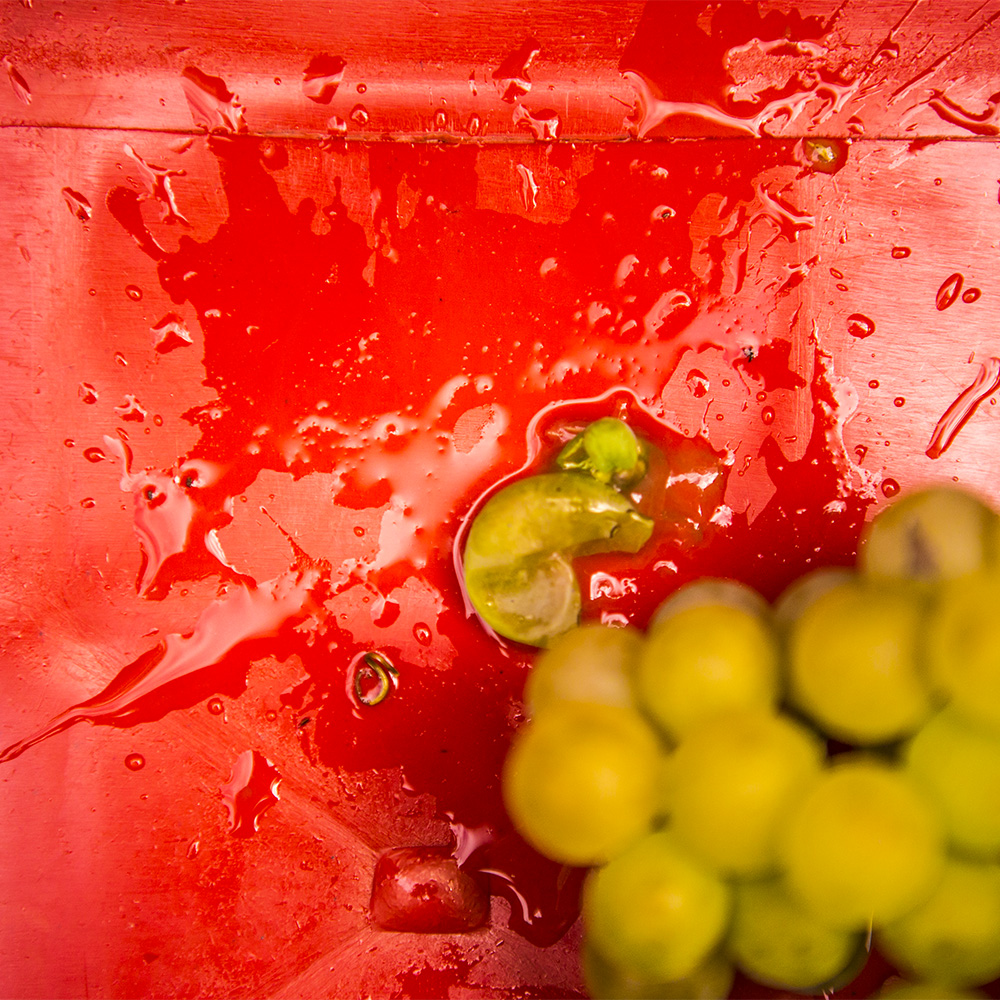 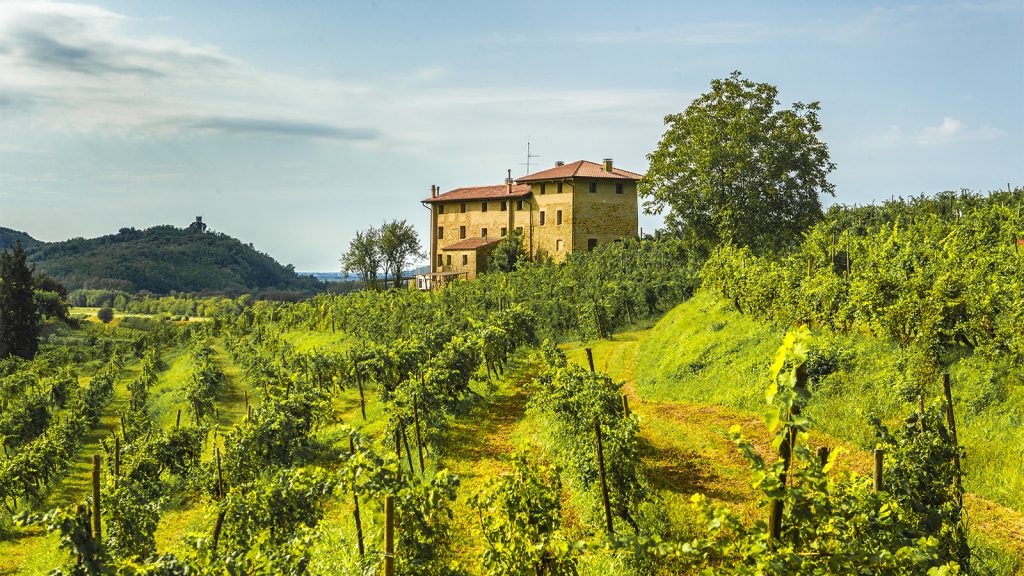 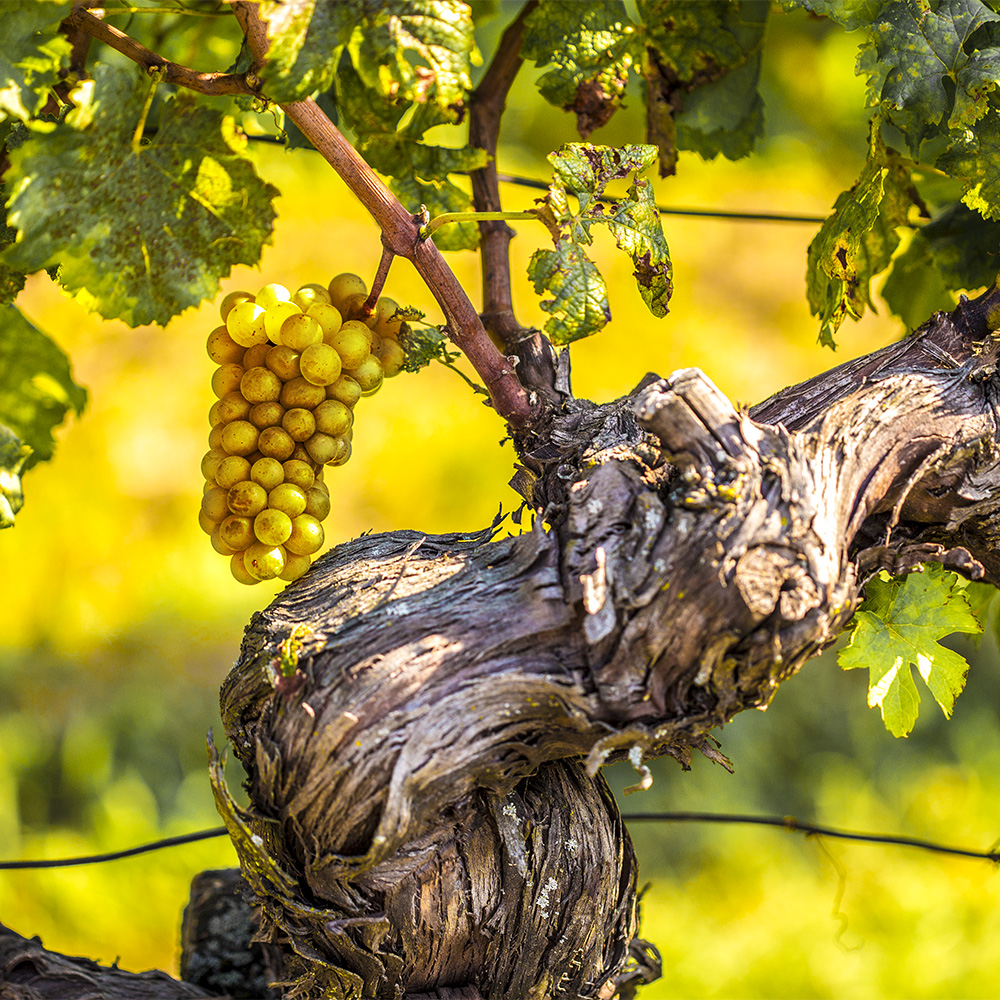 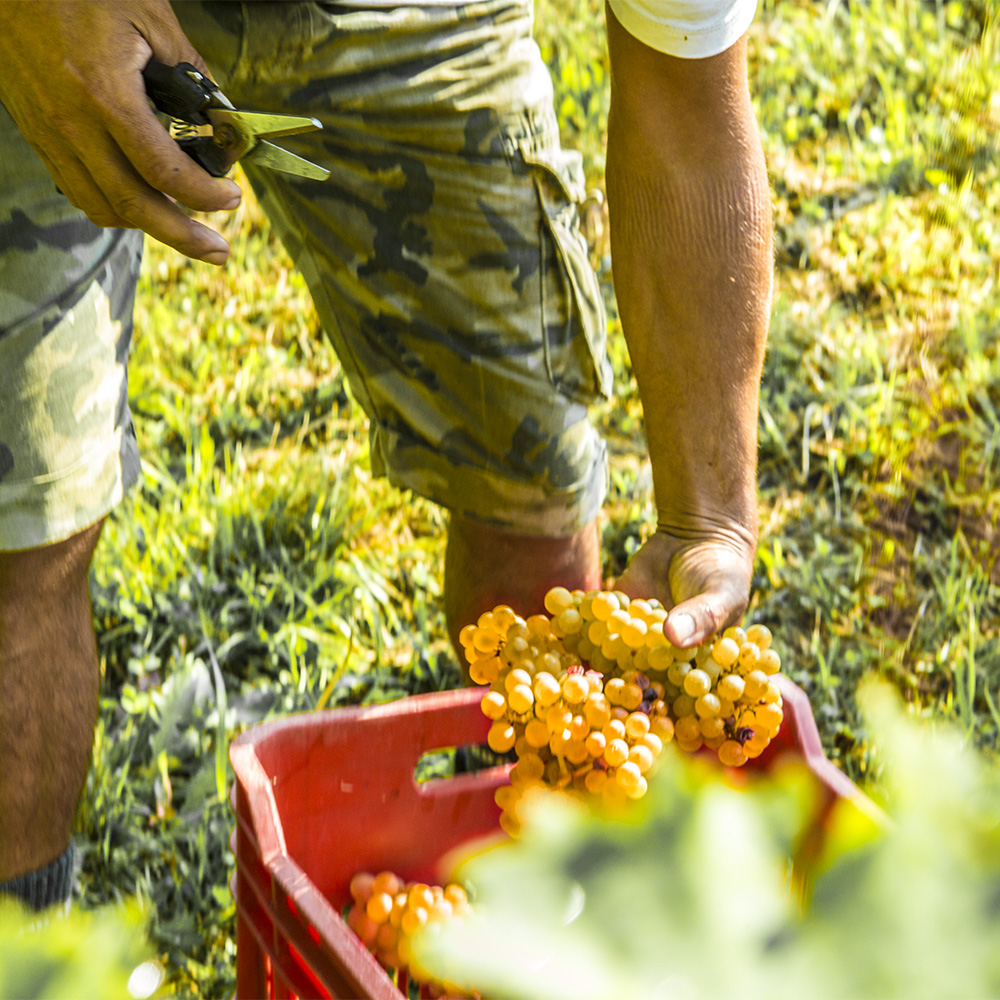 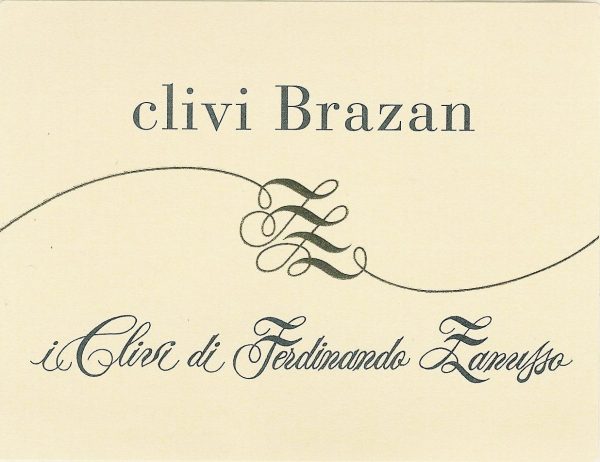 Certified organic. 100% Friulano. 80-year-old vines from the Brazan vineyard of Brazzano di Cormons, in the Gorizia province. Marl and sandstone. Hand-harvested and gently pressed. Fermented and aged entirely in stainless steel for 18 months, which steers the wine’s aromatic expression from primary, varietal-related aromas to a deeper, more terroir-driven character. The Brazan vineyard is more humid and has more diurnal variation than other parcels on the domaine, which yield more hydrocarbonic aromas, and the minerality of salty sea air. Peach flowers, pink grapefruit, anise, hydrocarbons, and petrol. Profound, dense and intense. 250 cases produced. 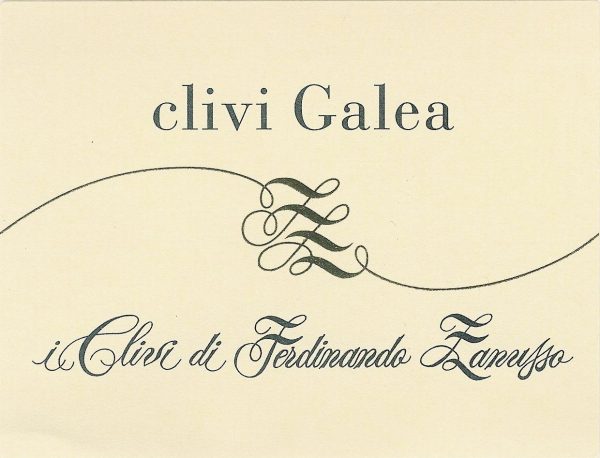 Certified organic. 100% Friulano from 70-year-old vines of the Galea vineyard in the Gramogliano Hills of Corno di Rosazzo, in the Udine Province. This vineyard is drier, and gets more sun than other parcels on the domaine. Vinified and aged in stainless steel, for 24 months, which drives the wine aromatic expression from primary, variety-related aromas to a deeper, more terroir-driven character. Earthy, deep, classic old-school cuvée. Almonds, sun-burned stones, honey, anise. 250 cases produced. 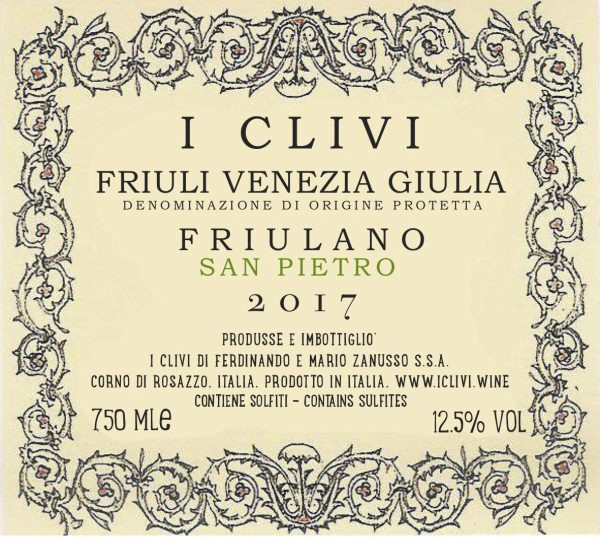 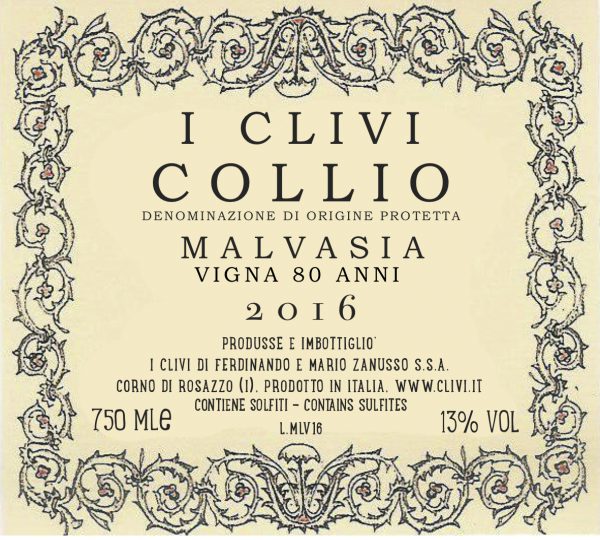 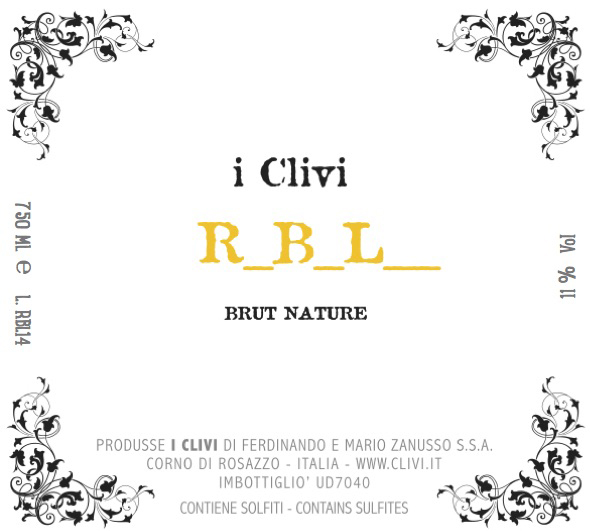 Certified organic. 100% Ribolla Gialla. From marl and sandstone soils in the Gramogliano Hills of the Udine Province, near the Slovenian border. Secondary fermentation is Macro-Pétillant Nature. The salt of sea air, the acidity of a lemon. Clean, dry, neat and sharp. 416 cases produced. 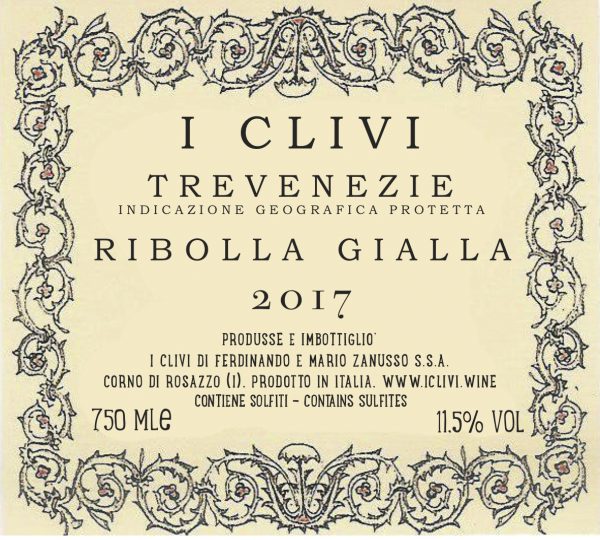 Certified organic. 100% Ribolla Gialla. From marl and sandstone soils in the Gramogliano Hills of the Udine Province, near the Slovenian border. Hand-harvested and gently pressed. Fermented in stainless steel and aged for six months on the lees, also in stainless. Lightly filtered with minimal SO2 added upon bottling. Nose of lemon zest, palate marked by a refreshing citric acidity combined with a salty, very dry mineral finish. 1,250 cases produced. 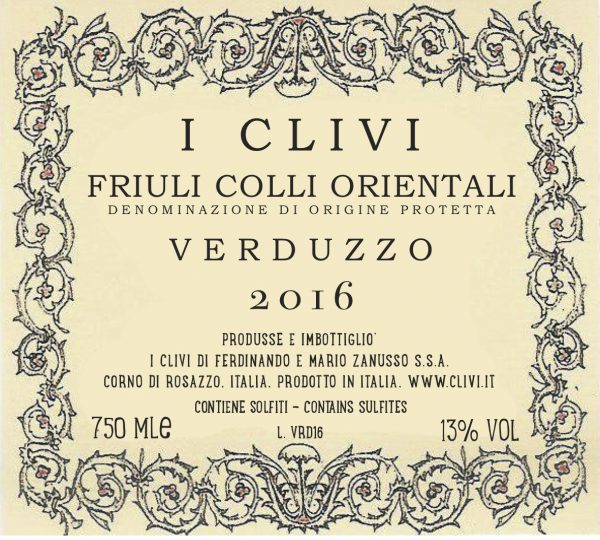