Kumusha in the Zimbabwean Shona language translates to ‘your home’, ‘your roots’ or ‘your origin’. World Renowned Sommelier Tinashe Nyamudoka believes the best wines are representative of their region. Through a collaborative process with respect to the vine, the winemaker and the consumer, Tinashe is building a brand of wines that represent and honor their roots. Minimal intervention winemaking and natural fermentation is aimed at letting the wine be free to do the talking of its origin. These are wines that Tinashe would not only like to drink himself, but wines that, from his experience as a sommelier, are representative of what is leading the way for the style of South African wines.

Born and raised in Zimbabwe, Tinashe’s career in hospitality began as a waiter at the Roundhouse Restaurant in Cape Town, followed by a wine steward position at One&Only Cape Town’s contemporary Asian restaurant Nobu, where he was soon promoted to Sommelier. After receiving the Reaching for Young Stars Best Wine Steward Award in 2013, Tinashe was in the spotlight as the one to watch. His next career role was head sommelier at the famed Oyster Box Hotel in Umhlanga, followed by five years at Africa’s top restaurant, The Test Kitchen. It was at this acclaimed fine-dining restaurant where the affable ‘wine whisperer’ won the Eat Out Wine Service Award in 2016.

After a formidable career in the South African hospitality industry, working at some of Africa’s finest hotels and restaurants, respected sommelier Tinashe Nyamudoka was ready for new beginnings. Since relocating to Johannesburg, Tinashe – an accomplished master blender – is set to entrench his own wine brand, Kumusha Wines, into the South African market, as well as further afield. “For Black Africans, wine is not historically part of our culture,” he says. “I wanted to create a wine to help change that.” Tinashe started Kumusha in 2017 after reaching out to Attie Louw, one of his friends and the winemaker at Opstal, one of his favorite producers. He started with 1200 cases of a Chenin-Semillon blend that sold out in under 3 months. Tinashe cites some of the talented young producers in Swaartland who have moved in the direction of making more natural, lower alcohol, lower intervention wines as his inspiration.

Tinashe is an executive board member of non-profit organisation the Black Cellar Club (BLACC) and is part of TeamZIM that participated in the World Blind Wine Tasting Championships in 2017 and 2018. He holds a Diploma from the Cape Wine Academy, a WEST Level 3, a Certificate from the Court Of Master Sommeliers Europe, a Certificate in Wine Business Management (GSB UCT) and a Micheal Fridjohn Wine Judging Academy certificate. He is a Wine Jury at Mundus Vini Grand International Wine Awards, Germany, a wine panelist for Wine Of The Month Club, a regular judge in South Africa, tasting on the Michelangelo wine and spirits awards, the Chenin Blanc top 10 Challenge and Platter Awards Five Star panel. 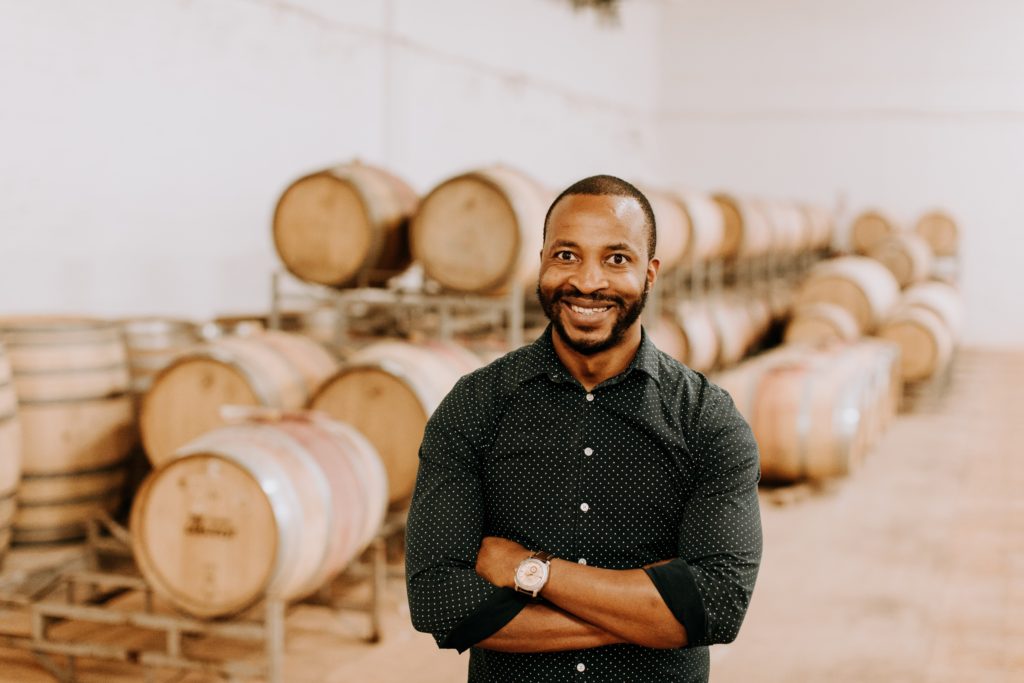 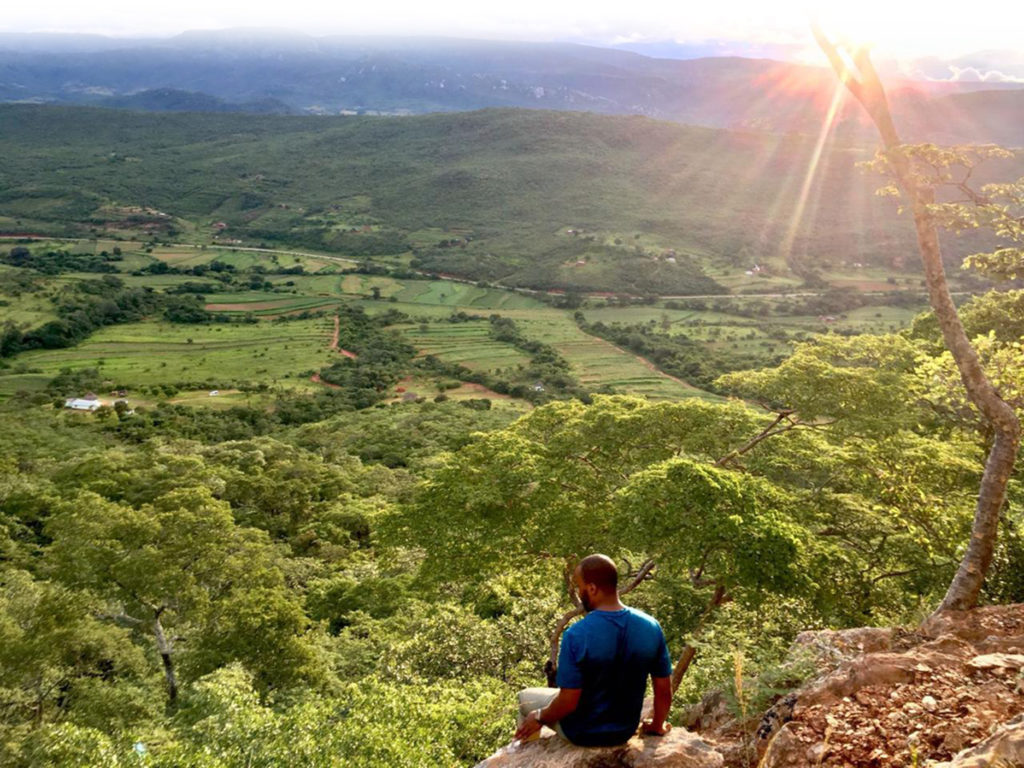 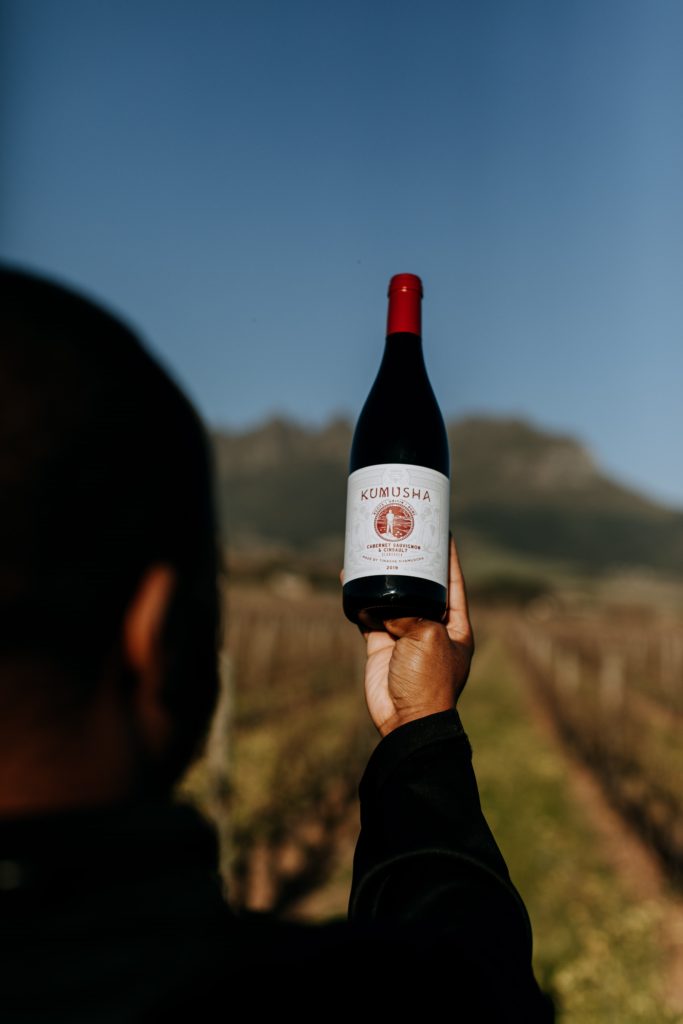 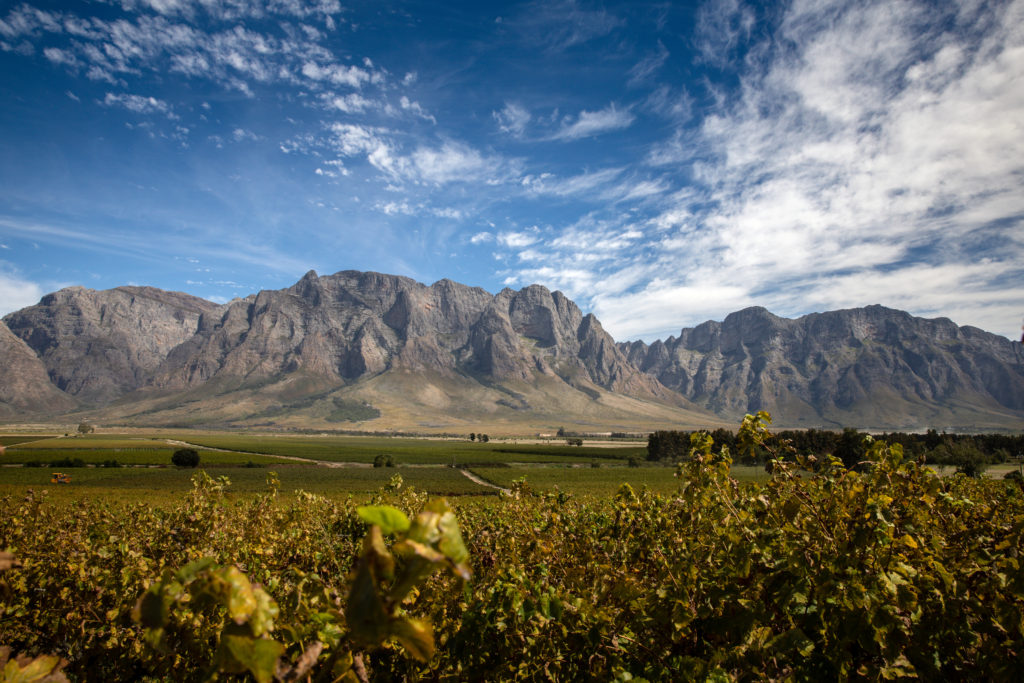 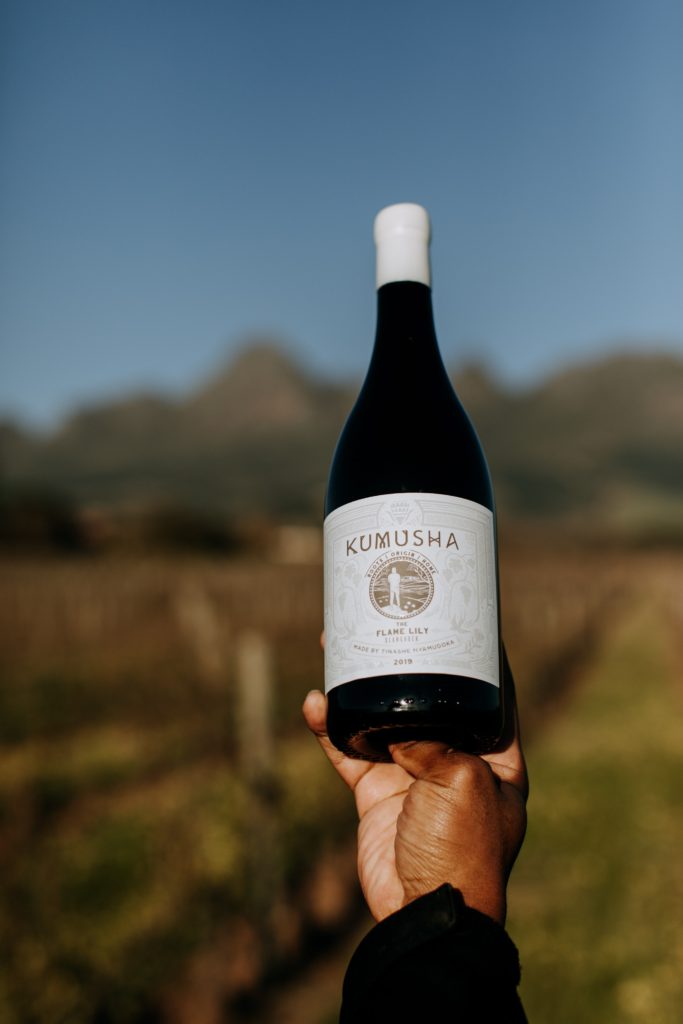 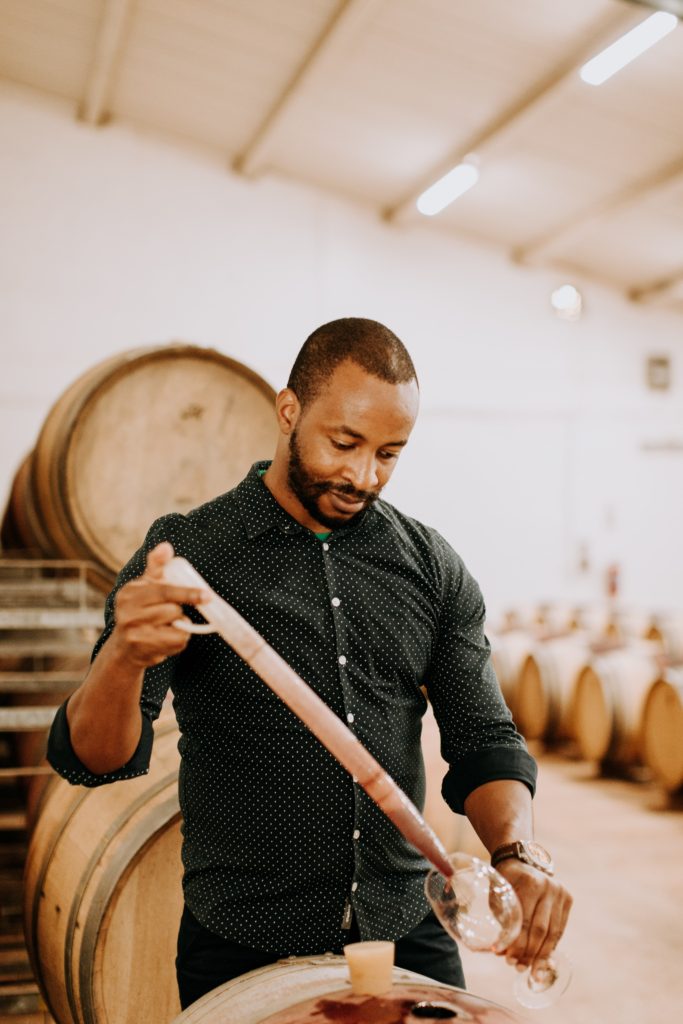 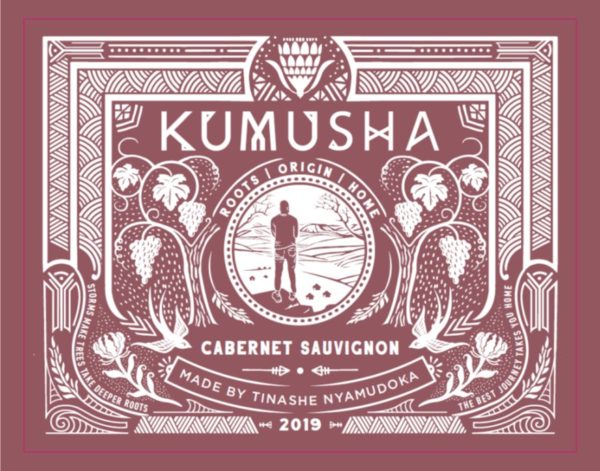 Certified Sustainable. 100% Cabernet Sauvignon. Sourced from 4-hectare vineyard called Opstal in Western Cape at 300 meters above sea level. The vine age is 13-year old and the soil is Tukulu – some granite, high clay content and sandstone. After destemming, the berry & juice mix was pumped to open top concrete fermenters. Automated pump-overs ensure good color and tannin extraction during fermentation which lasted for about 10 days at 19-23C. Towards the end of alcoholic fermentation, the tank was drained and pressed into another concrete tank where the wine finished fermentation and went through malolactic fermentation. Racked into 3rd, 4th and 5th fill French Oak barrels (300L in size) for 9 months before it was blended with concrete aged Cabernet. The final blend is 60% oak matured and 40% from concrete. 1650 cases produced 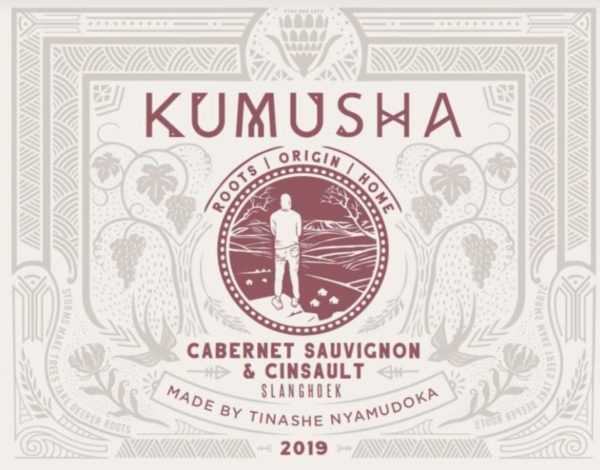 Certified Sustainable. 76% Cabernet Sauvignon and 24% Cinsault. 14-year-old Cabernet Sauvignon and 23-year-old Cinsault sourced from a vineyard at 350 meters. The Cabernet Sauvignon on Tukulu soils (granite, high clay content and standstone) and Cinsault on ancient sandstone with river pebbles. After destemming, the berry & juice mix was pumped to open top oak and concrete fermenters. Occasional pump-overs and punch downs ensure good color and tannin extraction during fermentation. Fermentation lasted for about 14 days at 19-23C. After a month the wine was drained, and skins pressed before it returned to oak casks and concrete tanks where it went through malolactic fermentation. The Cinsault was racked into concrete tanks and 3rd, 4th and 5th fill French Oak barrels (300L in size) and aged for 7 months. The Cabernet aged in 5000L large French oak casks. The final blend is 75% oak matured and 25% from concrete. 1000 cases produced. 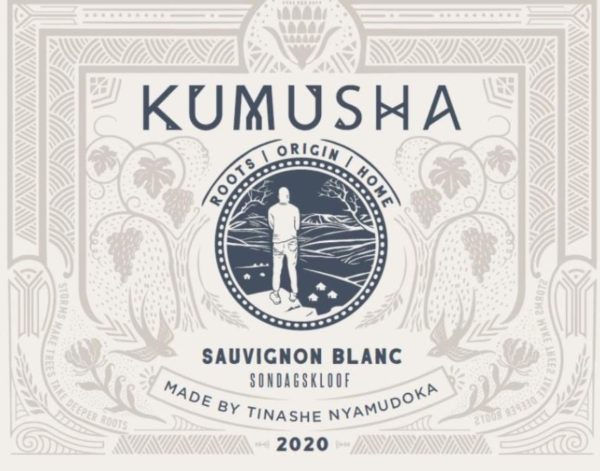 Certified Sustainable. 100% Sauvignon Blanc. Sourced from a 6-hectare vineyard on shallow duplex (Weathered shale on clay) at 300-400 meters. Hand-harvested early morning and hand-sorted before crushing. 15% of the grapes are kept on the skins for two days ay 5C before pressing to enhance mouthfeel and texture. Pressed and racked into stainless-steel tanks where fermentation happened at low temperatures (14-16C). After fermentation, the wine remained on its lees and rested for 6-8 weeks. 10% of older vintage barrel fermented Sauvignon Blanc added to final blend before bottling. 1083 cases produced. 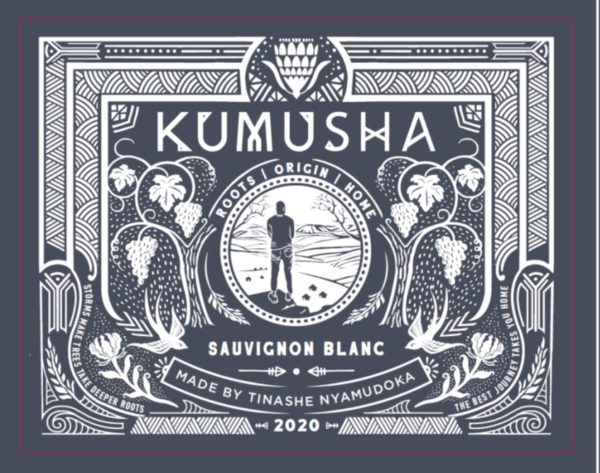 Certified Sustainable. 100% Sauvignon Blanc. Sourced from 4-hectare vineyard called Opstal in Western Cape at 300 meters above sea level. The vine age is 16 and the soil is ancient sandstone. After destemming, all the free-run juice from the press went into a stainless-steel settling tank where it settled for 48 hours at 9C. Fermentation took about 3 weeks to finish. Occasional mixing of the tank during fermentation to stir up the lees and enhance eventual mouthfeel. Rested in stainless steel tanks on its gross lees for 4 months before bottling. 1650 cases produced. 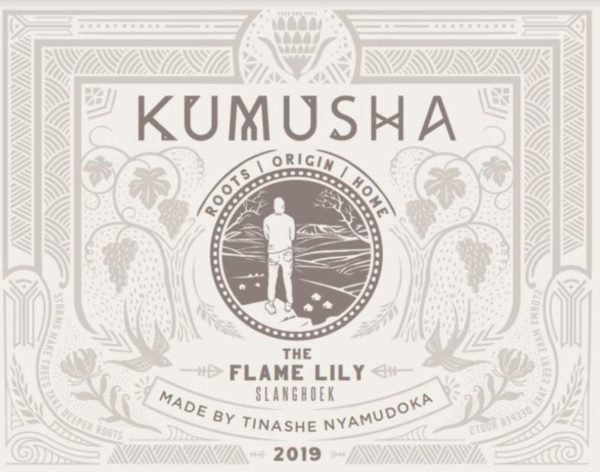 Certified Sustainable. Roussanne 48%, Chenin Blanc 35%, Colombard 13% and Semillon 4%. The vine age: Roussane 6-year-old, Chenin Blanc 37-year-old, Colombar 17-year-old, and Semillon 22-year-old. The vineyard is located at 370 meters and the soils are mostly ancient sandstone with some granite and high clay. Hand-harvested. After destemming, the skins were left in the press for about 6 hours. The drained and pressed juice was left to settle in stainless steel tanks for 48 hours before being racked to barrels and foudre. All 4 wines went through spontaneous fermentation and finished at different stages – 3 to 12 weeks. Fermentation temperature ranged from 17-24C. No additions are made. 5% skin fermented component (Chenin) in the final blend. The wines aged in French oak in various sizes; Chenin in 400-500 L (some new oak), Roussanne in foudre (2500L), Colombard and Semillon in older French 225L barrels. Occasional batonnage. After 9 months, the wines were blended and put back in barrels for another month before bottling in January 2020 and then left in bottle for 6 months before release in July 2020. 250 cases produced.