Too often Italian wine is reduced to its fanciest corners, and wine consumers in the U.S. say the same thing: it’s all big, red wine; it’s too many small subregions; impossible-to-remember grape varieties, unknown names, and appellations. It’s not like Italy has helped the case exactly—many of their DOC/Gs are somewhat inscrutable—but because of these generalizations, we’re missing out on lots of beauty in this sometimes rugged, sometimes refined nation comprised of dozens of ancient city-states.

La Visciola, in Piglio in southern Lazio, is one of these hidden treasures: and treasure really is the only word for it. The estate—if you can call it that, given that it’s roughly 4 hectares, with wines made in a genuinely tiny garage—is owned and operated by vignaiolo Piero Macciocca (with farming assistance from his wife Rosa and daughter Cecilia). All of Macciocca’s vines of Cesanese were planted in the 1960’s, and they’ve been farmed organically since then, with applications of copper or sulfur only in the vines for the last sixty years. In addition, Macciocca has been farming biodynamically since 2005, with his first release in 2008. There’s incredible vibrancy in the vineyards: legumes and nitrogen-fixing plants between the rows, fruit trees interspersed at random, some of the old pergola training systems remaining…This is a pocket of Italy where the old traditions have not been forgotten; indeed the notion of monoculture is almost laughable. 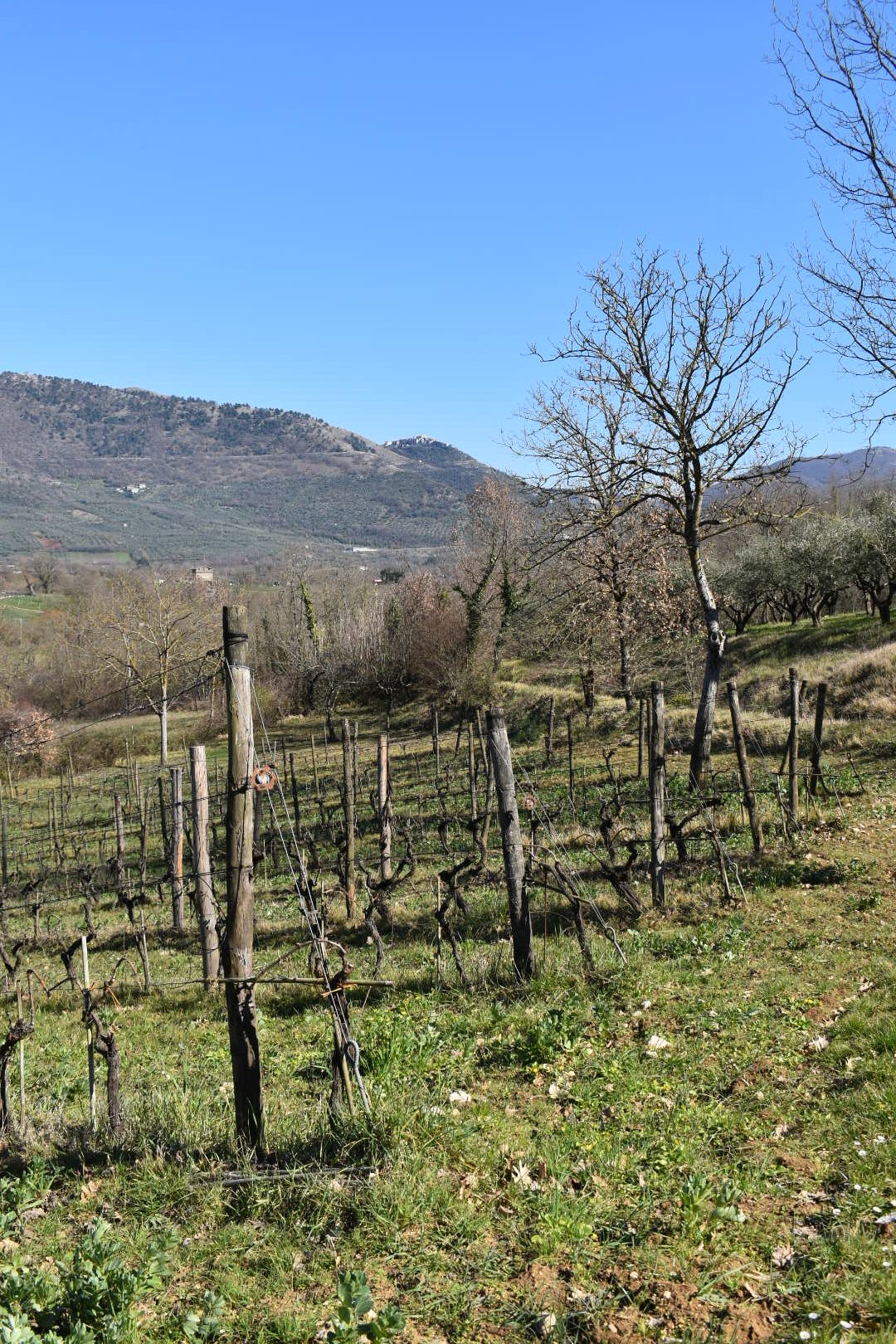 Cesanese del Piglio is a DOCG not many people on our shores know—located in the province of Frosinone, vineyards are dotted around the foot of a striking rocky outcropping, with olive trees and pine woods in a patchwork around. The village itself is build up onto the side of the large, rocky hills. With total hectares in the Piglio appellation around a whopping 250-300, Piero actually has a notable piece of this special place (at 4ha!). The climate is between continental and Mediterranean, the soils are all red clay; the wines are made in a mix of concrete and neutral oak barrels, with most aged for a year before bottling.

It’s simple stuff on the surface, but the very best part of the Macciocca family’s work is the hard-to-believe beauty of the wines. Many of the Cesanese vineyards are vinified separately, as in crus—they strike one immediately of great single-vineyard Barolo or Brunello, but with none of the gloss, none of the confusion about farming or small oak or extraction, none of the marketing BS. The wines are beguilingly perfumed and have a core of pure, dark fruit that unravels slowly; but neither are they lacking in acidity—here there is purity, freshness, but depth and intrigue, too. When we visited Piero in March, we were genuinely shocked (and delighted) at the level of quality that Cesanese clearly delivers: proof of the grand corners of Italy which only a few rare souls are nurturing into being. 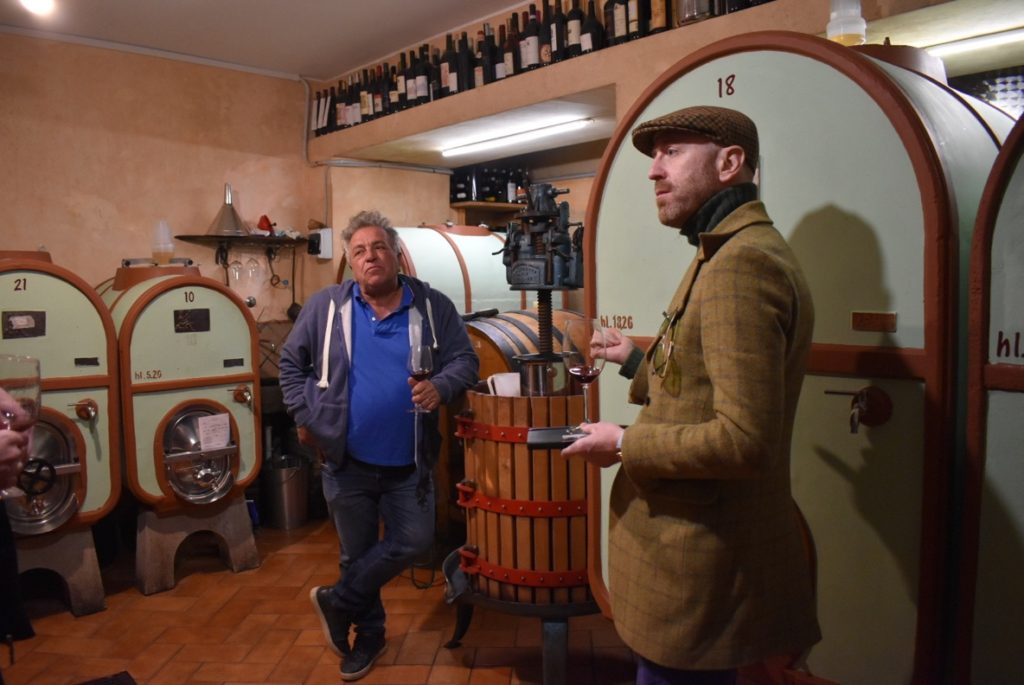 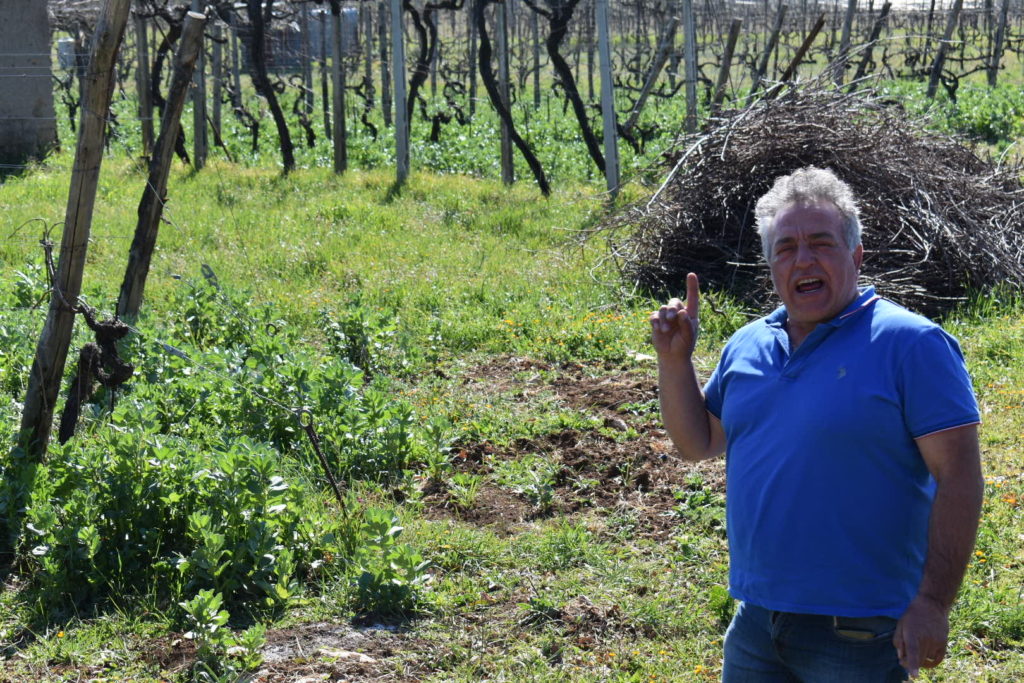 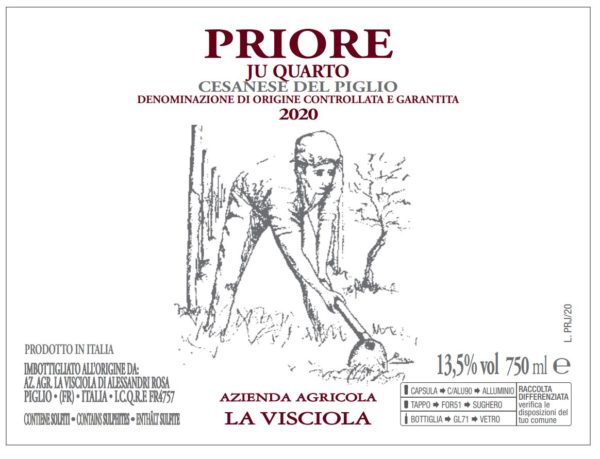 Biodynamic. 100% Cesanese. A single-vineyard parcel of 60+ year-old Cesanese vines on red clay at 350msl. ‘Ju Quarto’ is always a powerful expression of the grape, darker-fruited and with a striking similarity to Nebbiolo in Barolo. Takes several hours open to reach its peak. Fermented and aged for at least one year in a mix of concrete tanks and neutral barrels. Unfined, unfiltered. 1500 btls total. 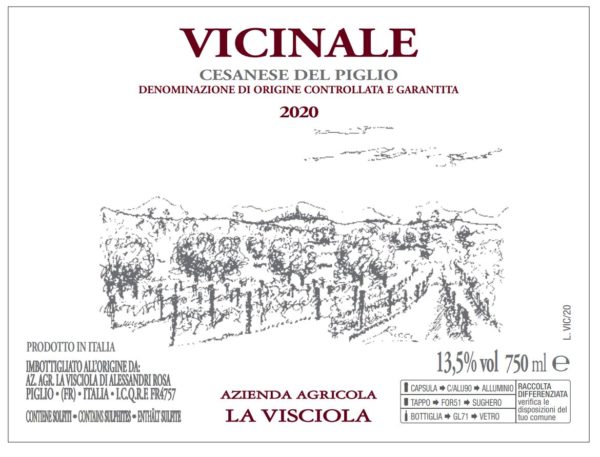 Biodynamic. 100% Cesanese. A mix of different plots of 45-60 year-old Cesanese all on red clay soils at between 340-400m above sea level. ‘Vicinale’ is the ‘entry-level’ or flagship red wine at La Visciola. It’s the only Cesanese made entirely in stainless steel, with at least a year of aging before bottling. Unfined, unfiltered. 3000 btls total. 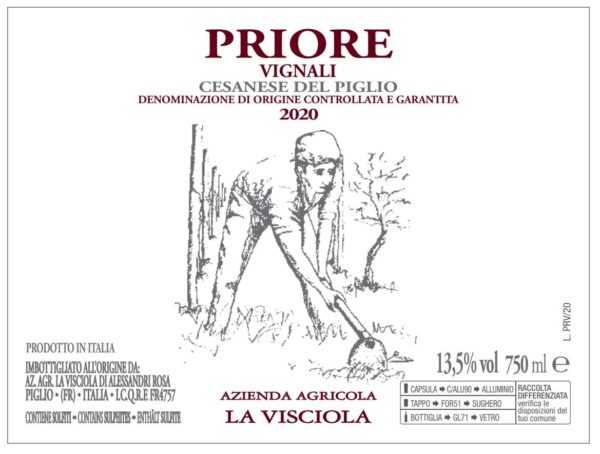 Biodynamic. 100% Cesanese. A single-vineyard parcel of 60+ year-old Cesanese vines on red clay at 380msl. ‘Vignali’ is always the most perfumed and delicate of the four single-vineyard Cesanese Piero Macciocca produces. Fermented and aged for at least one year in a mix of concrete tanks and neutral barrels. Unfined, unfiltered. 2000 btls total. 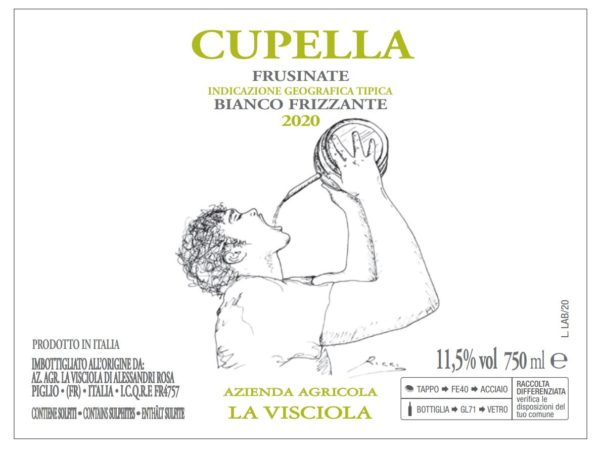 Biodynamic. 100% Passerina. This is the exact same wine as ‘Donna Rosa,’ only with a tiny portion separated for refermenting in the spring. Fresh must is added and it’s bottled, allowing bubbles to happen in bottle. Lightning bolts, clover fields, lemon zest in a bottle. Sharp bubbles, too! Piero mostly makes this wine to drink with his family and pals: these few cases are just a little wink and nod to new friends in the States. 800 btls total. 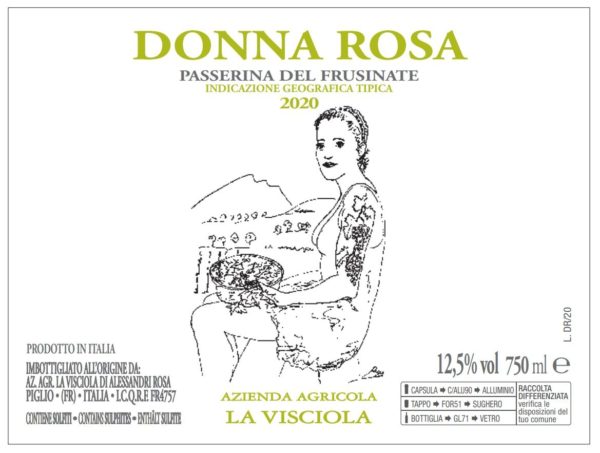