Tarragona is one of the many Catalan appellations in which a long, formerly monastic history of viticulture stirs again, finding new expression. In many small villages and cities, a younger generation of growers is trying its hand producing and bottling their own wines; many of these new projects are committed to healthy farming from the get-go, looking for balance in the vines and more life and expressiveness in the wines. It’s of note that much agriculture in Tarragona is still tilted toward selling fruit to gigantic Cava producers and local co-ops, rendering precious old vineyards into crops farmed conventionally and sold cheaply—this is why wines like those from Tanca els Ulls, founded in 2014 by Francesc Boronat, are so exciting.

In a small village called Nulles, southwest of Barcelona and six miles from the sea, Cesc is working with his family’s organically-farmed old vines to create the sort of pithy, salty white wines that are the emerging hallmark of coastal Catalonia. The Boronat family recuperated an old winery building in which his grandfather used to make wine a century ago—there’s a lot of heritage being brought to bear on this new winery. Cesc’s family land is peppered with olives, rosemary and fennel; in this scrubby Mediterranean milieu, he works with varieties indigenous to Tarragona: Cartoixà—some suggest it’s the local name for Xarel.lo—and Cartoixà de Marina, with its close analogue Xarel.lo Vermell/Gris. (Yes: pink Cartoixà, from north-facing 80 year-old vines!) Persistent wind from off the sea, in this area of Tarragona dubbed the “Gold Coast,” helps preserve freshness and acidity in the wines; very chalky soils with a touch of clay deepen their mineral imprint.

‘Tanca els Ulls’ means ‘close the eyes’ in Catalan: it’s a reference to the bravery and hopefulness required to take a leap into the unknown, to pursue one’s dreams. Cesc says the entire process of resuscitating a tiny family winery has been “very emotional”—especially in a village of 480 people where there are no other active wineries left. The dream is to reveal wines of real quality, from nearly unknown varieties, so that hopefully drinkers will newly discover the beauty and particularity of Tarragona. 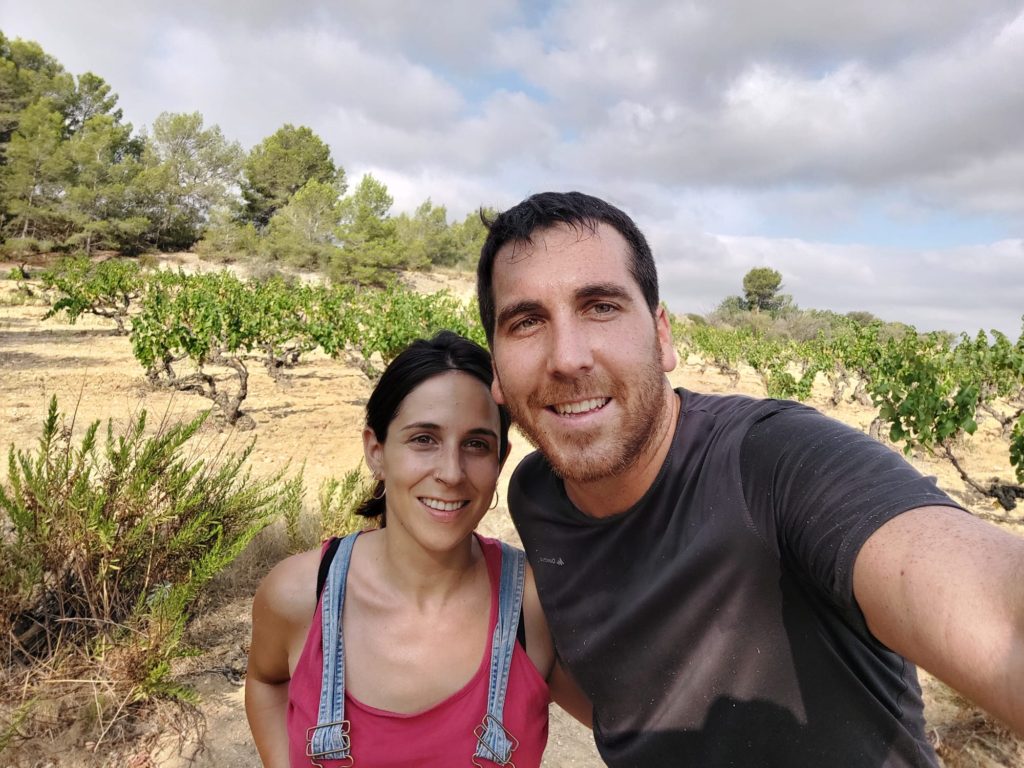 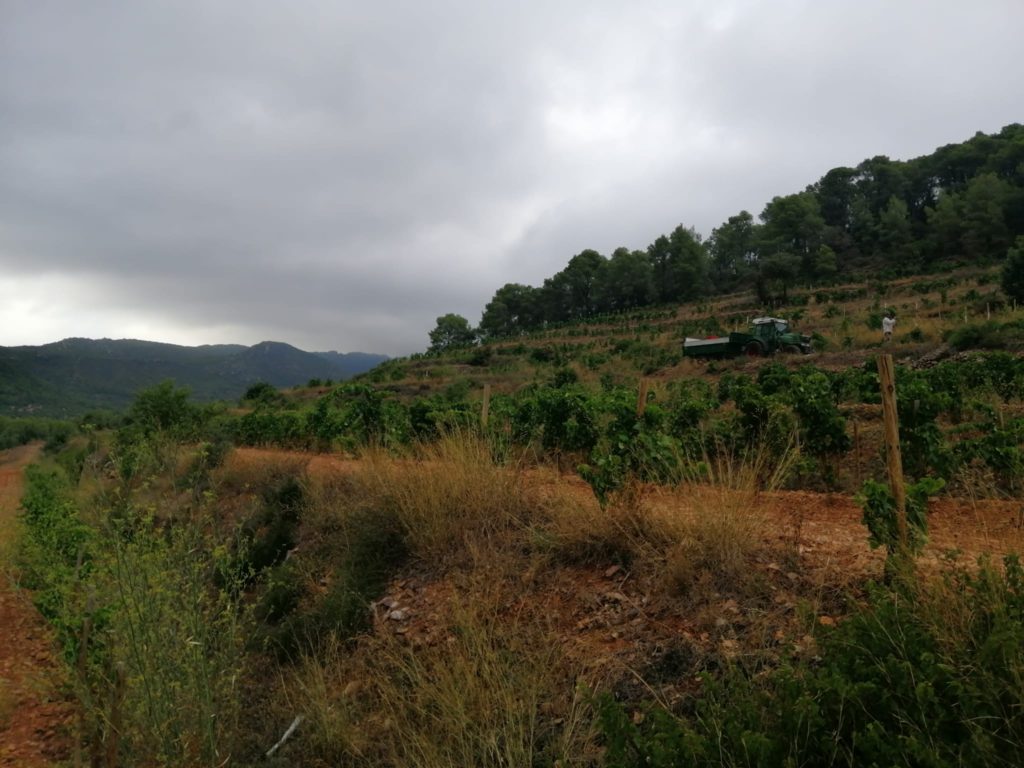 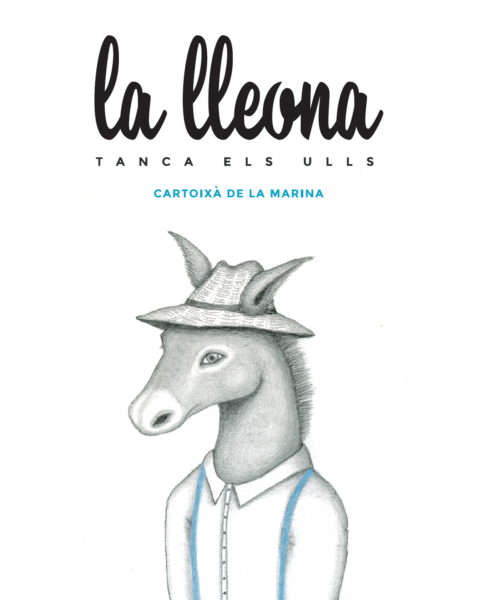 Organic. 100% Cartoixà de Marina (pink Xarel.lo). Single vineyard of 1.5 ha, located immediately next to the Gaia river.  Soils are majority limestone, with some river sediments. Hand-harvested; grapes are selected in the vineyard. Skin maceration for six days in stainless steel.  Pressed off, then aged on the lees for four months in steel. Bottled unfined/unfiltered with small dose of SO2 added at bottling. The cuvée name is the name of the last horse with whom his grandfather worked the vineyards, La Lleona (“lion”).

Organic. Single vineyard of 1.5 ha; 80 year-old vines planted on clay and river pebbles (galets). The vineyard is surrounded by Mediterranean forest, 200m above sea level (considered highland, given how close they are to the sea).  Hand-harvested; grape selection happens in the vineyard.  Fully skin-fermented for 20 days, with 20% stem inclusion, in stainless steel. Aged on those same stems and lees for six months, 40% of juice in amphora and 60% in steel.  Bottled unfined and unfiltered, small dose of SO2 added at bottling. 225 cases made. 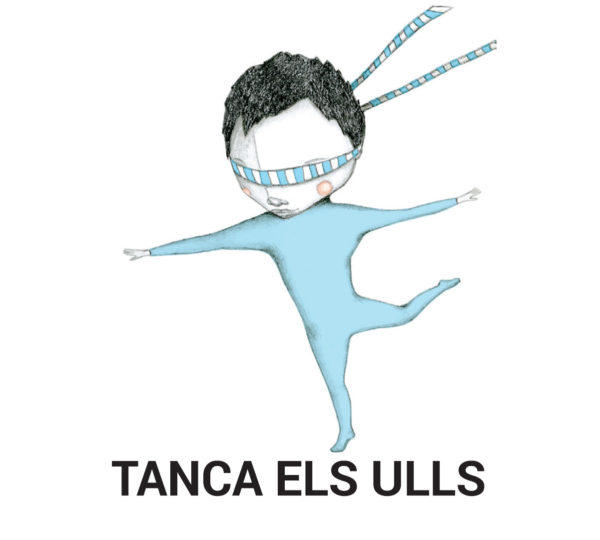 Organic. From a small plot located on a northeast slope in the village of Nulles. The vines are 11 years old, from cuttings Cesc’s father brought back from Sicily – the idea being that the climate there is quite similar to Tarragona, so it’s a new planting for the family. Calcareous and silty soils. The vineyard is surrounded by Mediterranean forest, 200m above sea level (considered highland, given how close they are to the sea).  Skin maceration for two days. Pressed off, then aged on lees for three months in stainless steel.  Bottled unfined and unfiltered with small amount of SO2 before bottling.