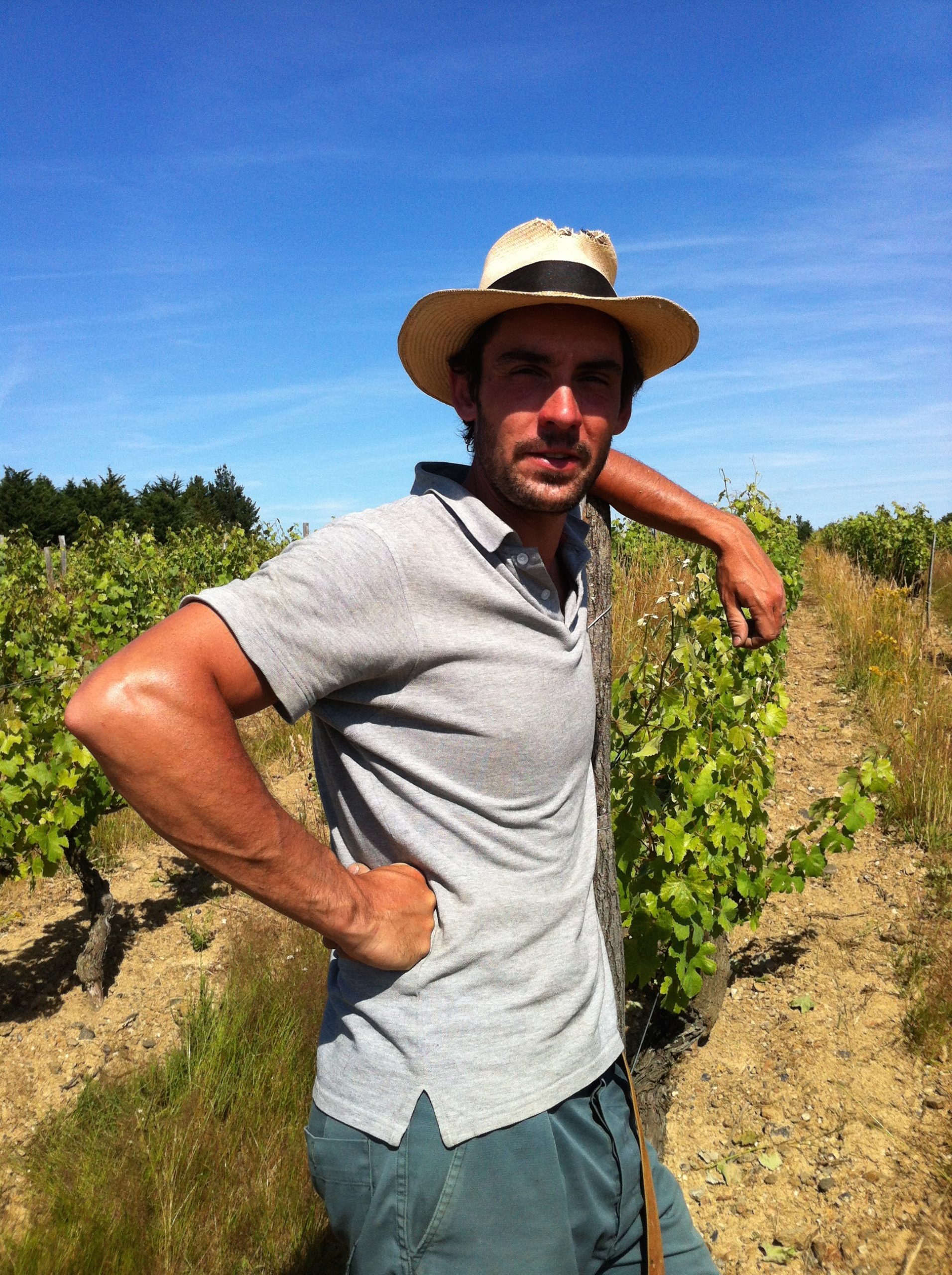 Thomas Batardière is a passionate, unabashed winemaker who comes to the whole arena from a different angle than many other natural vignerons in Anjou. Born in 1980 in Angers, he studied anthropology, but in 2008 while working as a filmmaker, Batardière became deeply interested in natural wine. Abandoning his previous career, he worked as a sommelier first but was more drawn to winemaking; not long thereafter he decided to work with Mathieu Vallée at Château Yvonne in Saumur. Articulate and thoughtful, Batardière quickly became Mathieu Vallée’s right-hand man, working closely at the domaine while also taking the two-year viticulture course in Beaune.

After three years of being mentored by Vallée, in 2012 Batardière finally began his own project in Rablay-sur-Layon (Maine-et-Loire, Anjou). He started by purchasing a few hectares of the variety with which he has the most affinity—Chenin Blanc—but as he puts it, “without a cave, without a house, without a tractor—just a pruner and those two hectares of vines.” The winery was built in 2014, along with his house, right next door to Richard Leroy, another fine grower in Rablay-sur-Layon with whom Batardière is close. In 2015, all of the vineyards were certified biodynamic by Demeter, a process that Thomas began implementing right away—he’s a committed advocate for this style of holistic farming and doesn’t shy away from its more esoteric dimensions. 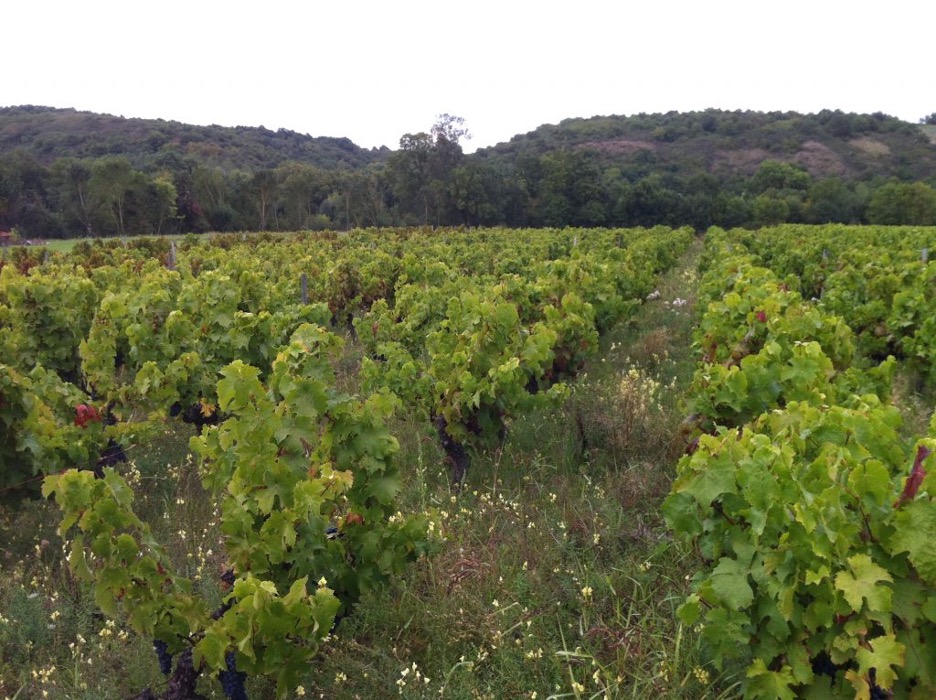 Here’s a little blurb about what biodynamics means to Thomas, as it’s always of interest to hear a grower speak to the process in this way:

“Biodynamics aims to heighten the general acoustics, meaning that it allows the vines to communicate better with their environment, more deeply from the earth to the cosmos. Biodynamics also allows the winemaker and the plants to better interact. For this, three fundamental practices are at work: preparations 500, 501, and Maria Thun.

The 500 is cow manure in a cow horn that is buried during autumn and winter. This preparation aims to better communicate with the earth. It’s sprayed in spring.

Finally, Maria Thun is a compost of cow manure that receives all of the preparations. It’s a compost made in summer and sprayed after harvest.

Biodynamics brings life to the plant, the parcel, and the entire domaine, leaving it more rich and complex. And that shows in the wines. A living wine is better expressed and with a greater variety.”

Thomas’ vineyard surface area now equals 3.5ha—2.5 Chenin Blanc, .85 Grolleau, and .15 Cabernet Franc. We receive only a small quantity of these luminous wines, as a result, but we are always enchanted by their gentle, mineral, gauzy character—underpinned by deep fruit and a fine robust physical texture in the wines themselves. They are somehow powerful, pretty, and ethereal all at once; it is an atypical expression of Anjou, one that could only come from this intuitive winemaker.

'Biodynamics aim to heighten the general acoustics…It allows the vine to communicate better with its environment, more deeply from the earth to the cosmos.' 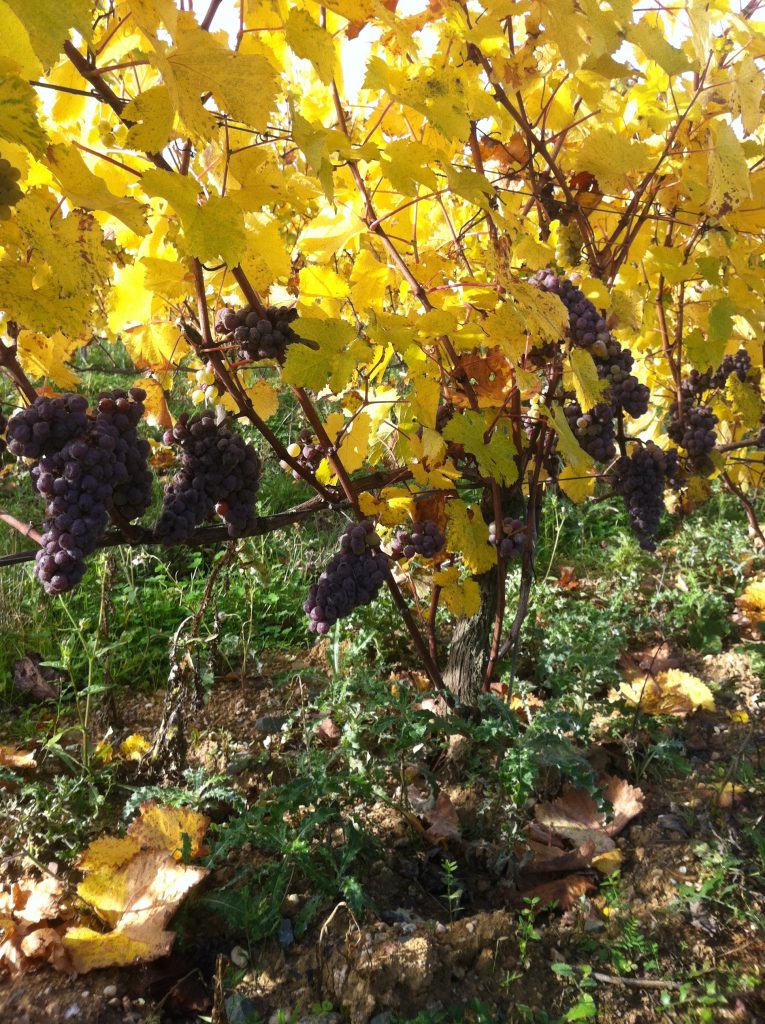 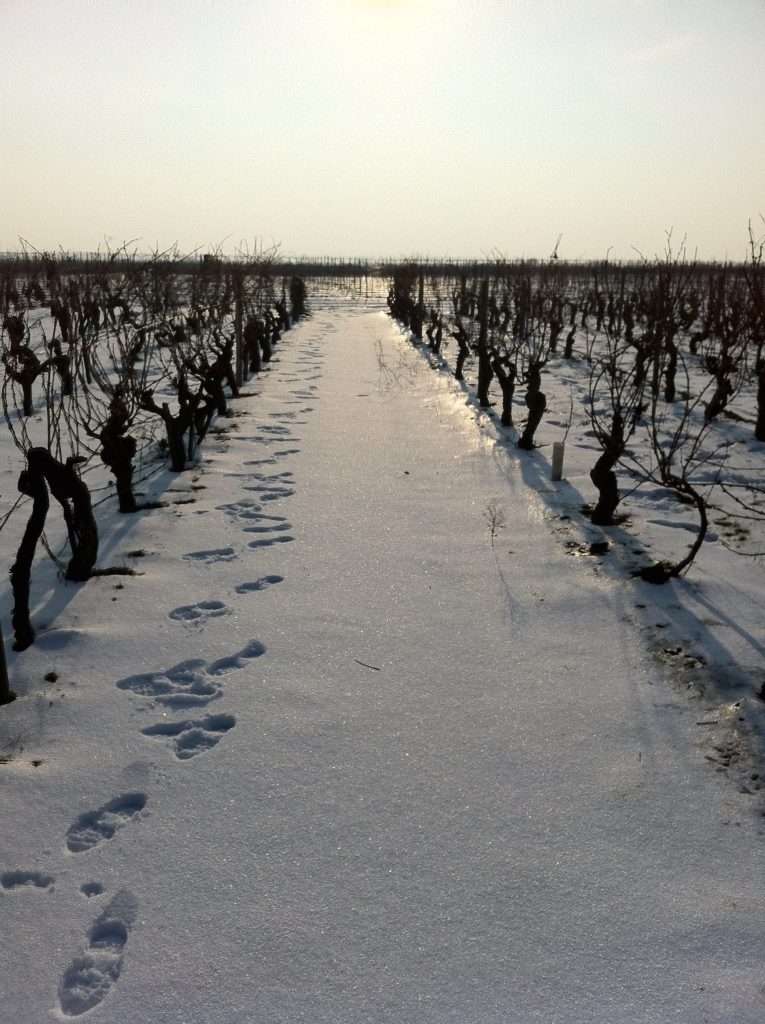 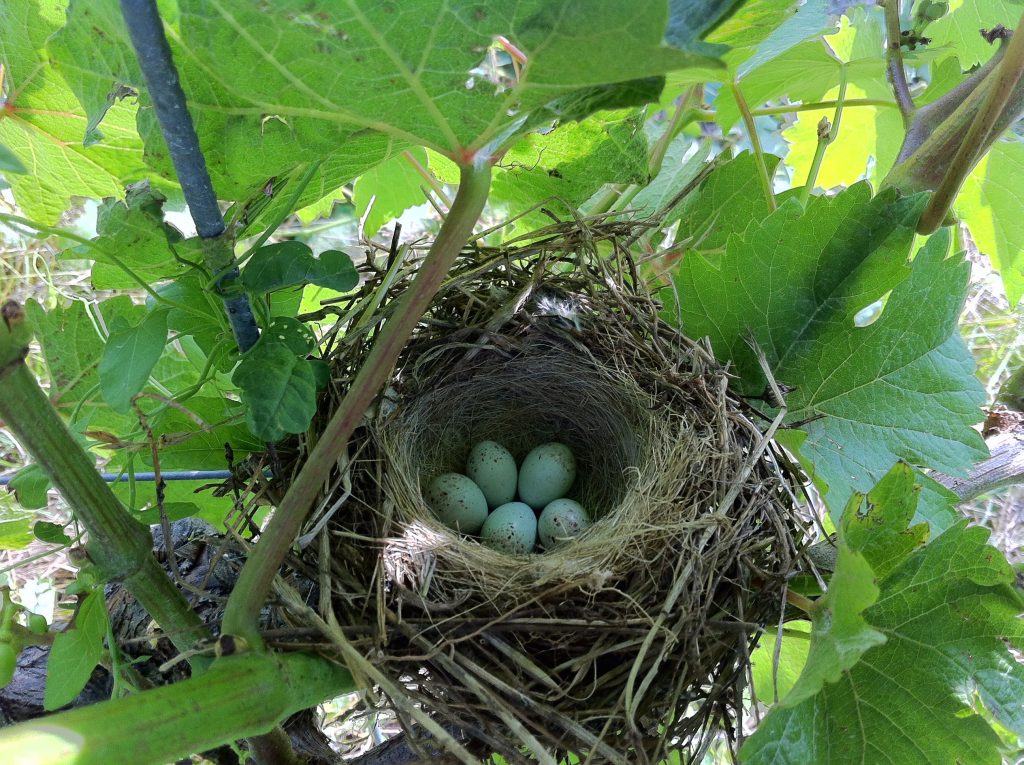 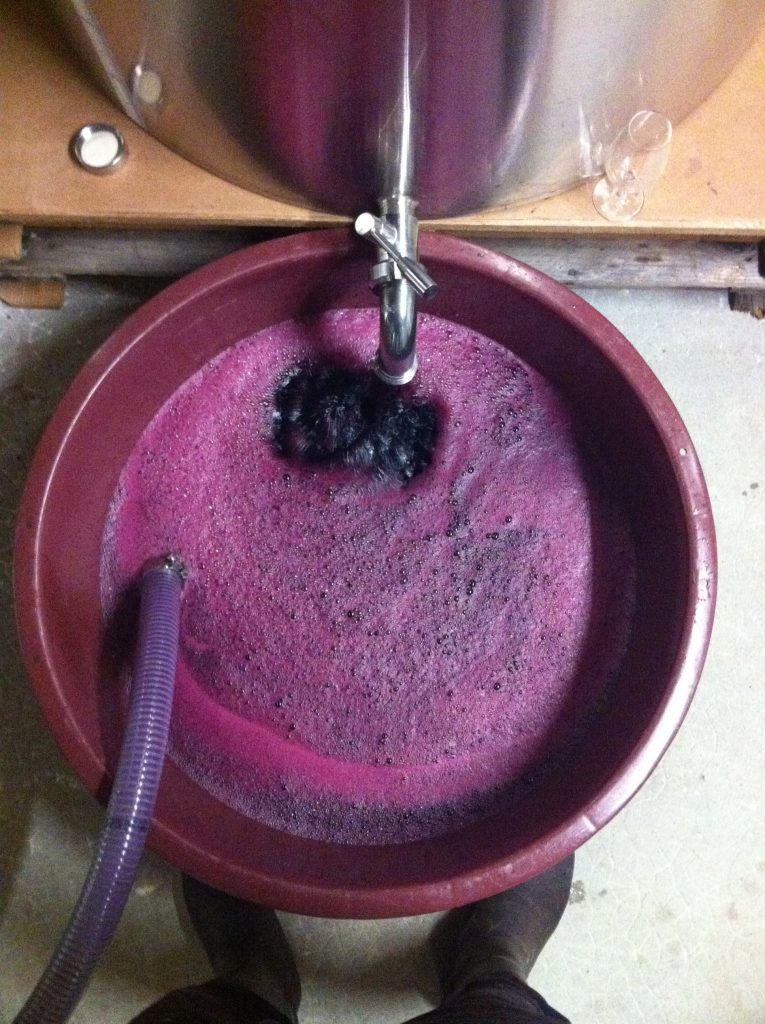 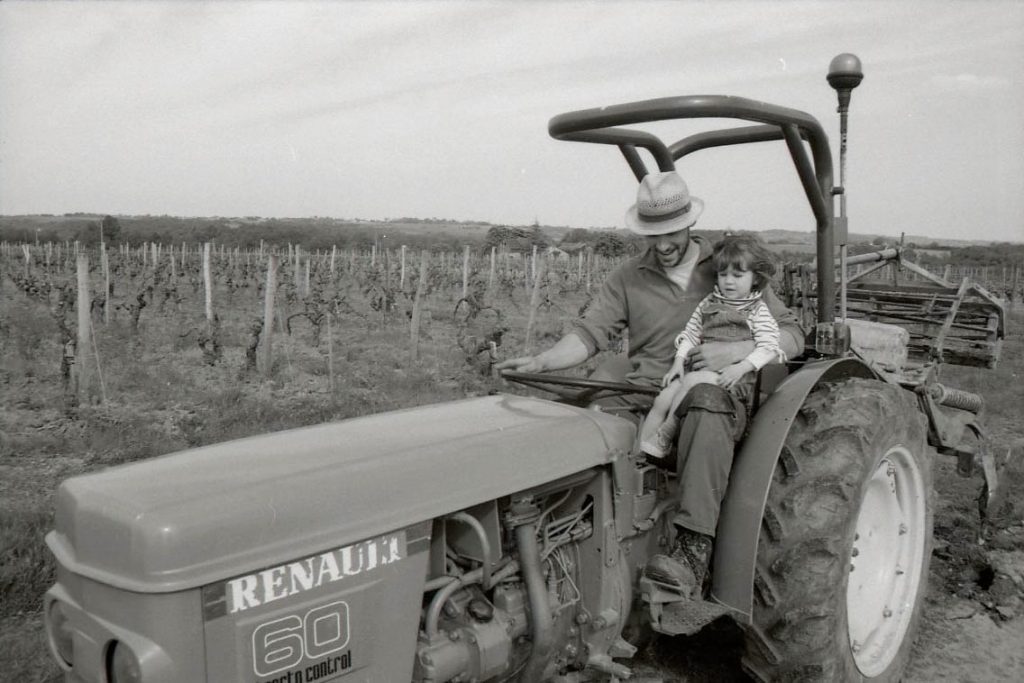 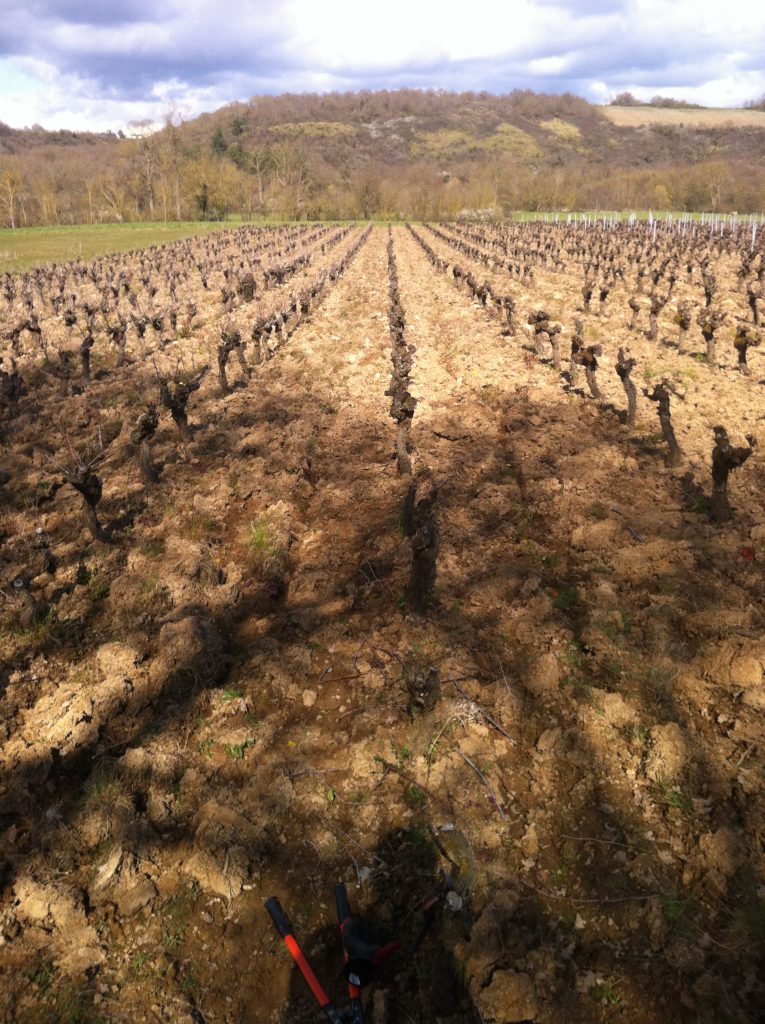 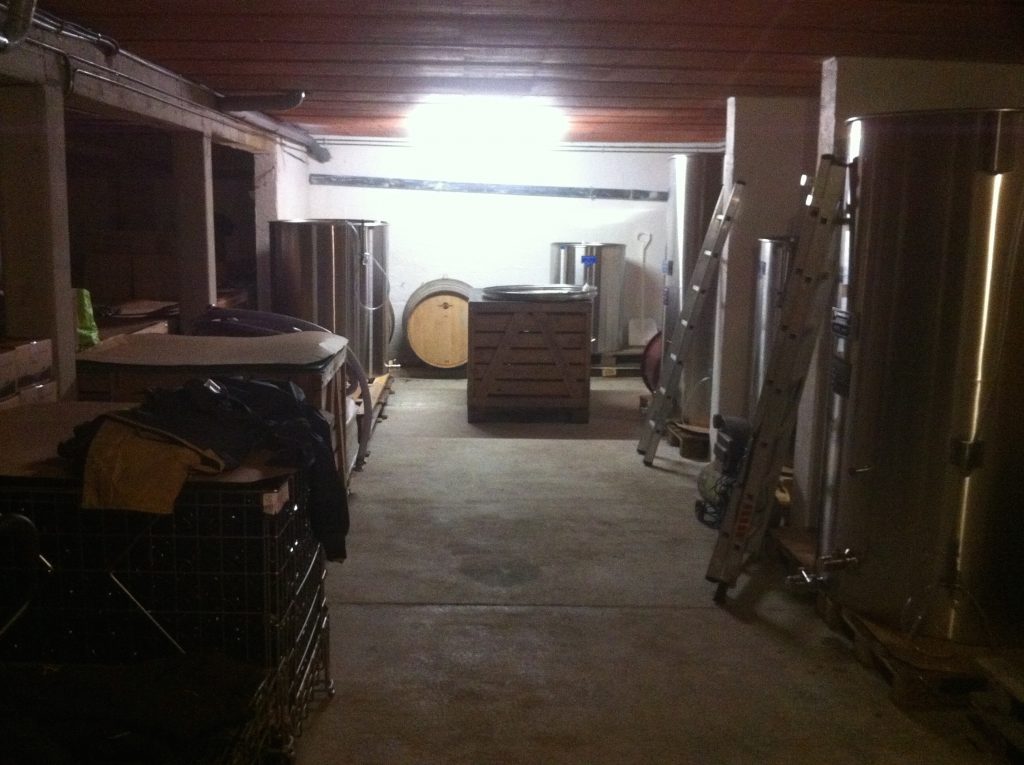 Certified Biodynamic. 100% Chenin Blanc. This wine is made of three parcels, situated in Rablay, with vines 15-90 years old. From plateaus of red sand and quartz gravel on schist. The juice is blended in steel tanks before the fermentation starts. The alcoholic and malolatic fermentations start naturally, without inoculation and without temperature control (his cave is underground and it’s 14 degrees Celsius). The wine rests on its lees from pressing until summer without sulfur. Raised mainly in steel altough Thomas uses L’Esprit Libre to break in his 500 L tonneaux that he then uses for Clos de Cocus when needed. He generally add 1 – 2 grams of sulfur (natural sulfur from an Italian quarry) at bottling. 500 cases produced.

Biodynamic. 100% Chenin Blanc. This wines comes from a single parcel of Chenin, planted in 1958 in Faye d’Anjou, the neighboring village of Rablay. The Clos des Cocus terroir is the summit of a hillside (southwest) very exposed to winds. The soil is 20-40 cm of clay on schist. On the surface there is volcanic rock, some spilites and rhyolites.The juice is vinified in the same way as l’Esprit Libre, but in 500L barrels. These barrels are used, 2-3 years old (no new barrels). Naturally occurring fermentation (primary and malo). No additions until small amounts (1-2 grams) of sulfur at bottling. 100 cases produced.

Certified Biodynamic. 100% Chenin Blanc. Montbenault is a parcel of Chenin that Batardière planted in 2014. It’s only is 50 meters from Les Cocus, but the soil is different: deeper and characterized by a volcanic rock called Rhyolite that’s particular to the area. Fermentation in stainless steel vats, then moved to 500L tonneaux for one year of aging. These barrels are used, 2-3 years old (no new barrels). Naturally occurring fermentation, both primary and malolactic. No additions until small amounts (1-2 grams) of SO2 at bottling.

Certified Biodynamic. Chenin from one plot: La Croix Hardie – 2003 (east/west). Soil: Quartz gravel on the surface. Red sandy soil of about 50 cm in depth, forming sandstone slabs in places. Subsoil of grey and blue foliated schist. Manual harvesting, slow pressing. No clarification. Vinification without additional inputs of any kind. Bottled without filtration during fermentation to complete primary fermentation in bottle. Natural and total malolactic fermentation. The wine is matured in the bottle for 24 months. Manual riddling of each bottle over 21 days. Manually disgorged.

Biodynamic. From a 0.33 hectare parcel planted in the 1960s. The vineyard is named “Case Neuve” and Batardiere owns 1 of the vineyard’s 2 parcels. Yields are only 25 hl/ ha. The parcel sits on a riverbed between the Britannic and Parisian continental plates which yields a wide array of soils: clay, blue schist, quartz, degraded and eroded schist. Semi-carbonic fermentation in stainless steel with spontaneous fermentation and no additions. Aged in stainless steel and bottled in Sept after harvest with no fining and minimal SO2 (<10mg).